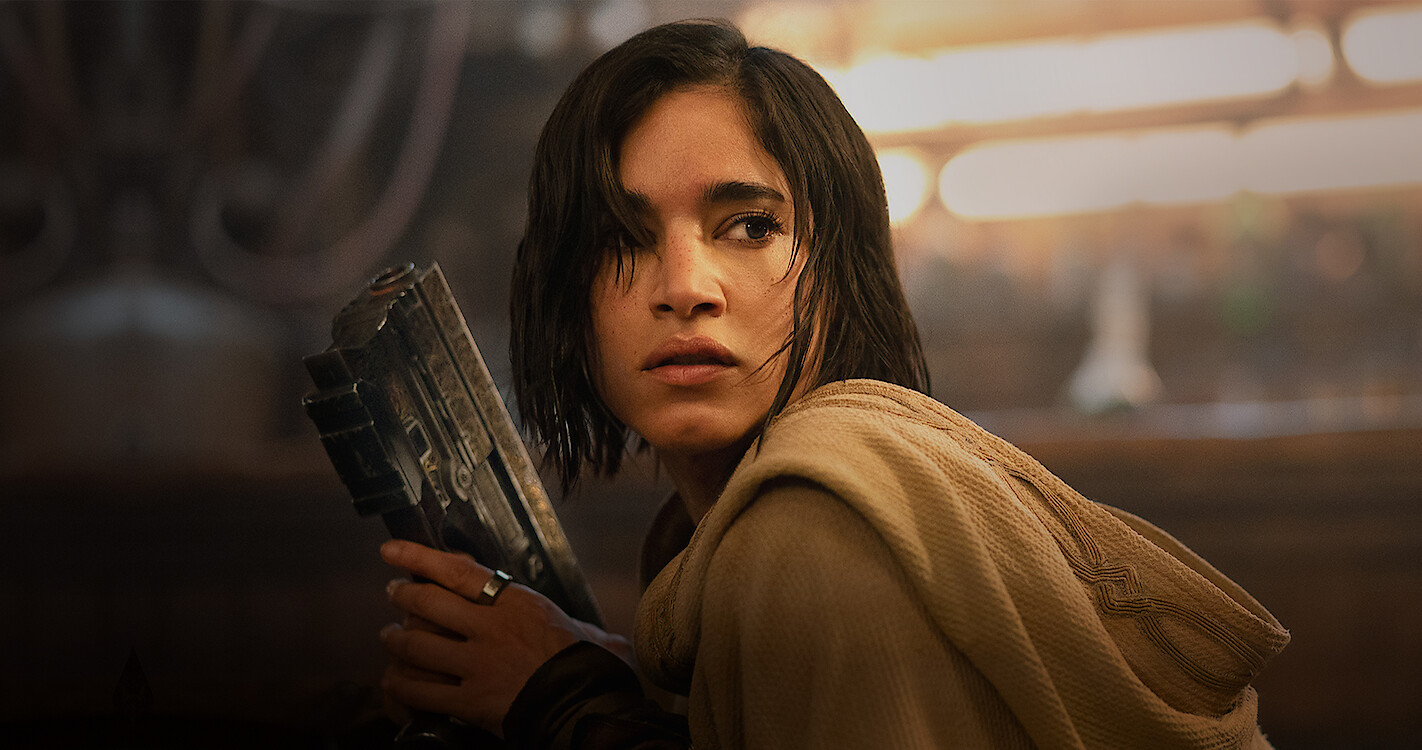 The sizzle reel shows a first look at the sci-fi adventure film, giving viewers a glimpse at the star-studded cast, crazy action sequences, explosives and a quick yet steamy make-out sesh between “Kingsman: The Secret Service” actress Sofia Boutella (who plays Kora) and “Sons of Anarchy” actor Charlie Hunnam (character yet-to-be-named). The movie is set in a colony on the edge of the galaxy that’s threatened by the armies of the tyrannical Regent Balisarius (played by Ed Skrein). The peaceful colony sends Kora out to neighboring planets to recruit warriors that can help them. “Rebel Moon” also features Anthony Hopkins as the voice of a sentient battle robot named Jimmy, Djimon Housou as General Titus, Ray Fisher as Blood Axe, Jena Malone, Bae Doona, Cary Elwes, Corey Stoll and more. “Army of the Dead” director Zack Snyder first announced “Rebel Moon” back in July of 2021, tweeting out teasers every so often like new cast members and behind-the-scenes images. So, it’s about time it gets an official release date. It’s clear that Synder is a “Star Wars” fan, as the upcoming movie appears to take a lot of inspiration from the hugely popular franchise. According to The Hollywood Reporter, Snyder first pitched “Rebel Moon” to Lucasfilm as a potential “Star Wars” movie over ten years ago before Disney acquired the production company in 2012. Synder has since signed a first-look deal with Netflix. Synder also told the publication that he hopes “Rebel Moon” turns into “a massive IP and a universe that can be built out.” It wouldn’t be surprising if “Rebel Moon” became a franchise as Netflix is known for investing heavily in its content, focusing on over-the-top action films and hiring A-list actors to draw in a big crowd. Currently, Netflix has a “The Gray Man” universe in the works. Other titles coming to Netflix later this year include the comedy movie “You People,” “Murder Mystery 2” with Adam Sandler and Jennifer Aniston, the romance movie “Your Place or Mine” and “The Mother” starring Jennifer Lopez, among many others. Zack Snyder’s ‘Rebel Moon’ is set to arrive on Netflix in December by Lauren Forristal originally published on TechCrunch