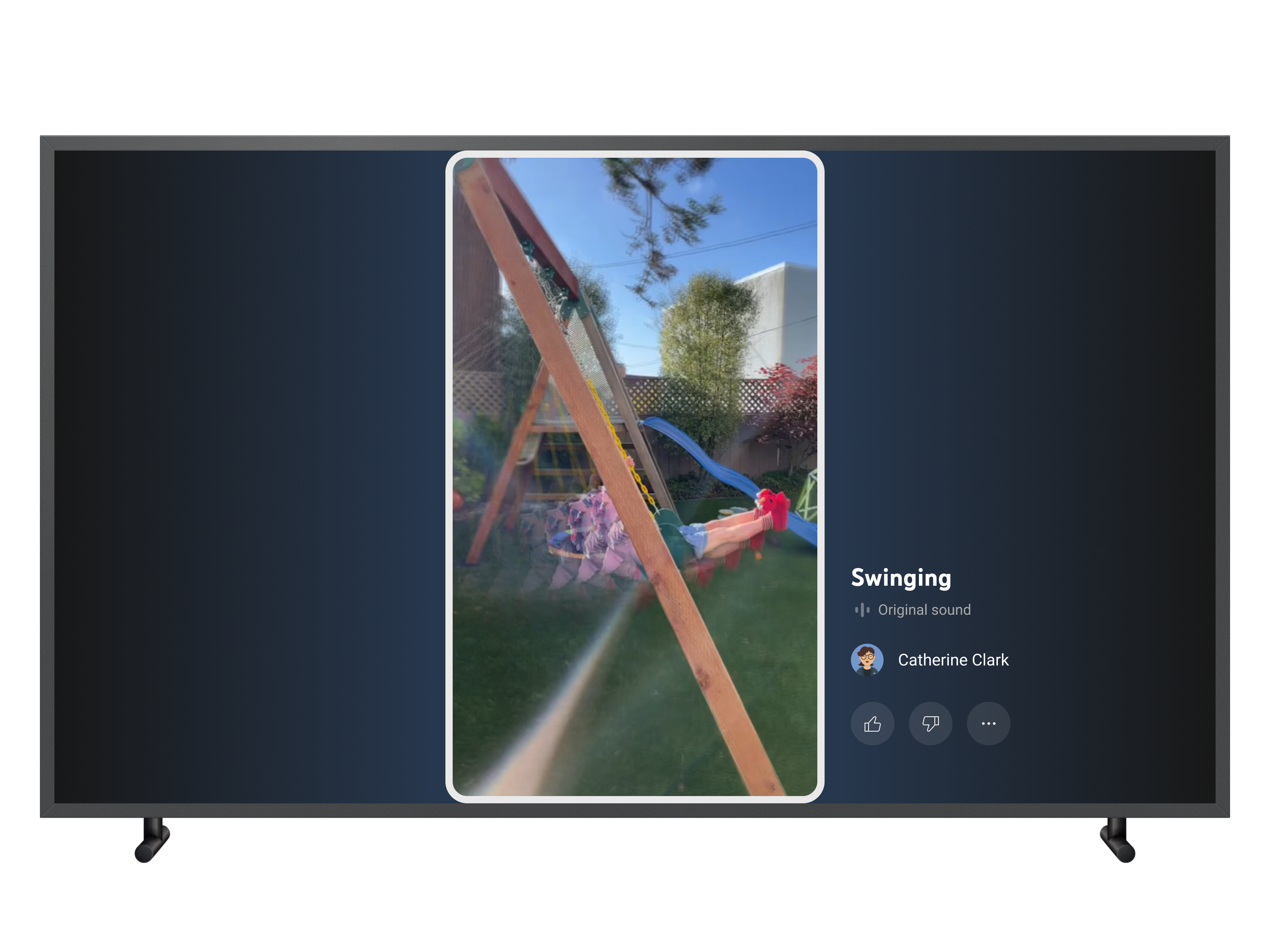 Short-form vertical video was made to fit your mobile device. But, that doesn’t mean YouTube doesn’t want you watching YouTube Shorts on your TV set, too.The video platform just launched a custom-created TV experience for vertical video so users can now watch Shorts with others up on their big screens. “Today, we’re expanding viewing access to Shorts to our fastest growing surface: the TV screen,” said YouTube Chief Product Officer Neal Mohan in a statement on Monday. “While this may seem like a natural next step, an incredible amount of thought and care has gone into bringing this vertical, mobile-first experience to the big screen.”In its announcement, YouTube shared the process it went through to create the Shorts experience for TVs. It had considered a number of different layout options before landing on what users see now in the launched version.

The TV experience for YouTube Shorts places a border around the vertical video being viewed, so it doesn’t look awkward taking up such a small portion of the screen. That extra space around it is filled with the video’s information, such as the title and YouTube creator. Viewers can also subscribe to the creator’s channel and like or dislike the video right from the same screen as well. When the video ends, the next YouTube Short will slide right on up just like it does on your mobile device.YouTube told Mashable that it hopes the TV experience will bring communal viewing to YouTube Shorts. Watching videos on your mobile device is typically a solo experience, whereas watching videos on your television set is an activity that can be shared with friends and family.According to YouTube, Shorts content is viewed by over 1.5 billion logged-in users every month. That puts the platform on par with the user base of its biggest competition TikTok, which has had a custom TV app in the U.S. for about a year now. YouTube users can access Shorts via a dedicated shelf on the homepage of the YouTube app. Users can also go directly to a creator’s channel and watch Shorts on the TV from there as well.