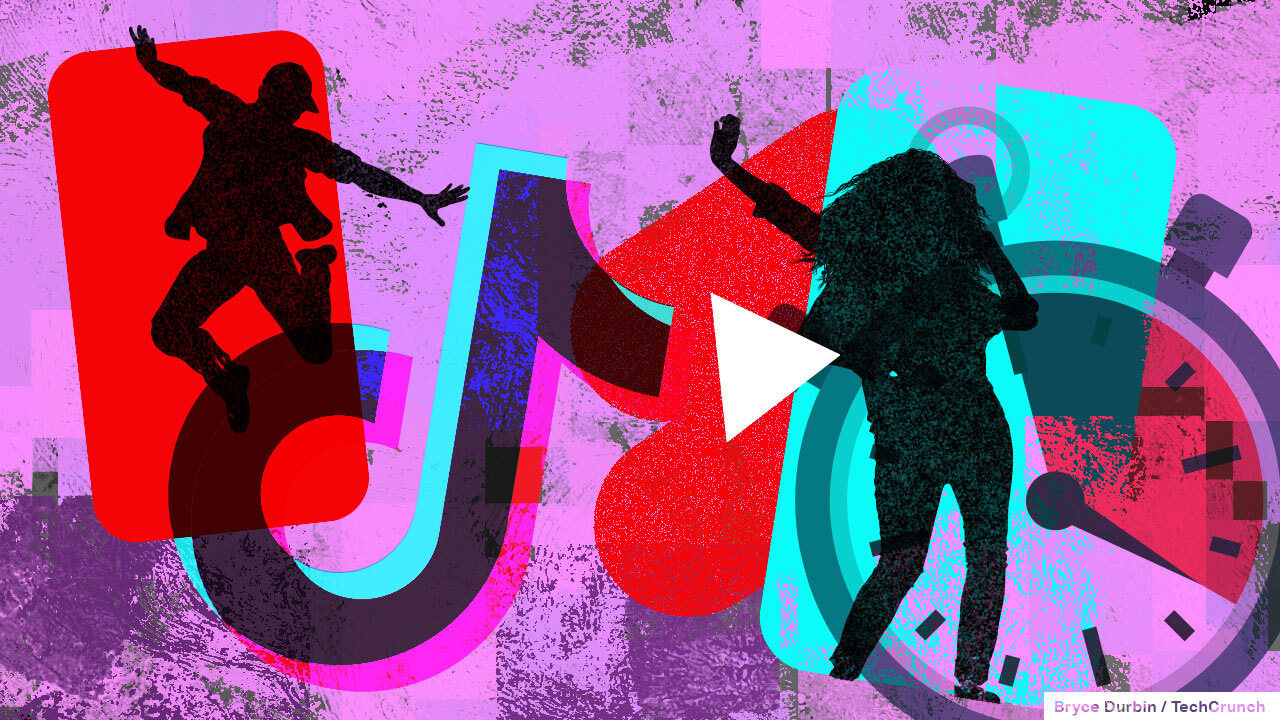 TikTok remains hugely dominant over the copycat short form video feeds that competing social media giants have spun up in recent years, like Instagram Reels and Snapchat Spotlight. But, according to reports from the New York Times, YouTube Shorts is gearing up to announce an ad revenue sharing model that could revolutionize short form video and give TikTok a run for its money — literally.

Revenue sharing is in, Creator Funds are out

YouTube was arguably the first platform that made it possible for creative people to earn a living by posting interesting content on the internet. In 2007, only three years after YouTube was founded, the platform unveiled its Partner Program, offering creators 55% of the revenue earned from advertisements served before or during their videos. But TikTok pays creators through its Creator Fund, a pool of $200 million unveiled in summer 2020. At the time, TikTok said it planned to expand that pool to $1 billion in the U.S. over the next three years, and double that internationally. That might sound like a lot of money, but by comparison, YouTube paid creators over $30 billion in ad revenue over the last three years. A big reason why TikTok and other short form video apps haven’t unveiled a similar revenue sharing program yet is because it’s trickier to figure out how to fairly split ad revenue on an algorithmically-generated feed of short videos. You can’t embed an ad in the middle of a video — imagine watching a 30 second video with an 8 second ad in the middle — but if you place ads between two videos, who would get the revenue share? The creator whose video appeared directly before or after it? Or, would a creator whose video you watched earlier in the feed deserve a cut too, since their content encouraged you to keep scrolling? “We’re still in such early days on how we monetize this stuff, but I am an optimist, and I think that the industry will figure it out,” said Jim Louderback, former CEO of VidCon, in a conversation with TechCrunch this summer. “They’re gonna have to, because otherwise, creators are going to go where the money is.” But YouTube might just have figured it out. The company is reportedly set to announce a Partner Program-like ad revenue sharing model on Tuesday at its Made on YouTube event. If the rumors are true, YouTube Shorts creators would get 45% of ad revenue — a smaller cut than they do on YouTube videos, but a substantial upgrade compared to a paltry Creator Fund payout. As Louderback said, creators will follow the money.

The problem with making money on TikTok

You can’t get rich on TikTok? What about Charli D’Amelio, who started posting dance videos out of her bedroom in high school and then made $17.5 million in 2021? But that money isn’t coming from TikTok itself. Rather, she and her sister Dixie D’Amelio got rich through massive brand deals, a reality show and venture capital investments. Even the YouTuber MrBeast (Jimmy Donaldson), who out-earned every other creator by making $54 million last year, can’t seem to make good money on TikTok. That’s because TikTok’s Creator Fund model simply doesn’t work. The Creator Fund is a static pool of money that is divided each day among users in TikTok’s creator program based on how many views they get — but since the pool doesn’t grow, that means that as TikTok gets bigger, creators earn less money. Longtime internet creator Hank Green said in a video about the Creator Fund that he initially made about 5 cents per thousand views, but the number of the creators in the program outpaced the growth of the program itself. So, over time, his payout decreased to about 2 cents per thousand views. At that rate, a highly impressive 10 million views per month would net you just $200, which isn’t exactly going to pay the rent. Of course, TikTok can be life-changing for creators who build an audience on the platform. Charli and Dixie D’Amelio may not make their millions from the TikTok app itself, but they wouldn’t have gotten the opportunity to work on their very own fashion line and reality show if not for their TikTok stardom. The father of these TikTok stars, Marc D’Amelio is the CEO of the family’s ventures, like D’Amelio Brands. “I have read about how TikTok is working on an ad sharing model and that would be great for the creator economy,” Marc D’Amelio told TechCrunch via email. “TikTok has built an amazing platform and changed the lives of tens of thousands of creators by giving them a platform to share their creativity with the world. It would be an incredible next step if so many of these creators could turn their creativity into full time jobs.” D’Amelio is referring to TikTok Pulse, a program unveiled in May that allows brands to pay to place their ads next to the top 4% of videos on the platform. For the first time, this let creators earn 50% of ad revenue generated through that specific program. For now, this program is only available to creators with over 100,000 followers who happen to also create the platform’s top 4% of videos. But YouTube Shorts’ potential ad revenue sharing program could further democratize access to this kind of earnings. “I think TikTok is great on awareness. Whether you’re a brand or a creator, it’s a great place for people to become aware of you,” said Louderback. “But when it comes to conversion, whether you’re a brand that wants to sell a product, or a creator that wants to sell a Patreon [subscription] or merch, YouTube in many ways can be a better platform.” When creators build their audience on TikTok, the platform doesn’t remain their bread and butter for long. “I will say I don’t rely on it anymore,” Tyler Gaca (ghosthoney) told TechCrunch in June. “When [the Creator Fund] first came out and it was first established, I was in that period where I was creating seven videos a week, and it did help cover some of my bills.” But as Creator Fund payouts became less reliable, Gaca turned to podcasting and other writing projects for more sustainable income. “The Creator Fund doesn’t really help as much anymore,” he said. “But that’s because I’m not as active, I think.” Some creators can successfully leverage their TikTok followings to sell products or join them on other, more lucrative platforms, but that’s no guarantee. “With my funk band Scary Pockets, we spun up a TikTok presence pretty quickly and got to 100,000 followers on TikTok within three to six months,” Patreon CEO and co-founder Jack Conte, who also plays in several bands, told TechCrunch. “We were pumped about it until we realized, wait, this actually doesn’t mean very much for us. Like, we can’t send these folks to Spotify. It’s hard to get them to buy merch or join a membership.” Conte thinks that this is because TikTok’s algorithm is so hard to understand. “Sometimes you post a video and it gets a million views, and sometimes you post a video and it gets 100 views,” Conte told TechCrunch. “That is the essence of that algorithmically-curated ecosystem. What that essentially does is it reduces a creator’s ability to build connections with their followers.” With these challenges, running a creator business can feel unsustainable — but with the amount of value creators generate for these platforms, it shouldn’t be that way. “It seems to me that every content creator friend that I’ve talked to, we all share this same fear that everything’s just gonna collapse under your feet one day,” Gaca told TechCrunch. “So I did find myself at the beginning [on TikTok] definitely overworking myself, like doing full, minute-long comedic skits with costume changes and background changes, seven days a week. It was great for building an audience, but then I had this huge crash and burn.” Missing Attachment

This is YouTube Shorts’ best opportunity to surpass TikTok

For the past few years, major social platforms’ attempts to keep up with TikTok’s exploding popularity have felt laughable. To lure creators to its platform, Instagram even offered to pay out huge bonuses for posting viral Reels — in November, one creator told TechCrunch that they had been offered $8,500 for 9.28 million Reels views on Instagram. But users still don’t seem to want a TikTok-like experience from Instagram. Instagram even had to walk back some TikTok-like changes to its app after users (including Kylie Jenner and Kim Kardashian) expressed such deep distaste for them. Instagram head Adam Mosseri said that Instagram lags behind YouTube and TikTok in metrics important to creator satisfaction, a recent report from The Information showed. Even though Instagram’s parent company Meta has poured a wealth of resources into building out Reels, internal documents leaked to the Wall Street Journal revealed that Instagram users are only spending a total of 17.6 million hours a day with the product. That’s less than ten percent of the time TikTok users spend on the platform, a cumulative 197.8 million hours a day. Meanwhile, over 1.5 billion logged-in users watch YouTube Shorts each month, but the company hasn’t shared metrics about how engaged these users are. TikTok reached 1 billion monthly active users about a year ago. If it can pull off this ad revenue share model, YouTube Shorts now has a chance to prove itself as the best way for short form video creators to make a living. Even better, we know that social apps love to copy each other. If YouTube Shorts’ new monetization structure can lure other platforms to figure out their own revenue sharing models ASAP, then we’re in for yet another boom in the creator economy. YouTube Shorts could steal TikTok’s thunder with a better deal for creators by Amanda Silberling originally published on TechCrunch