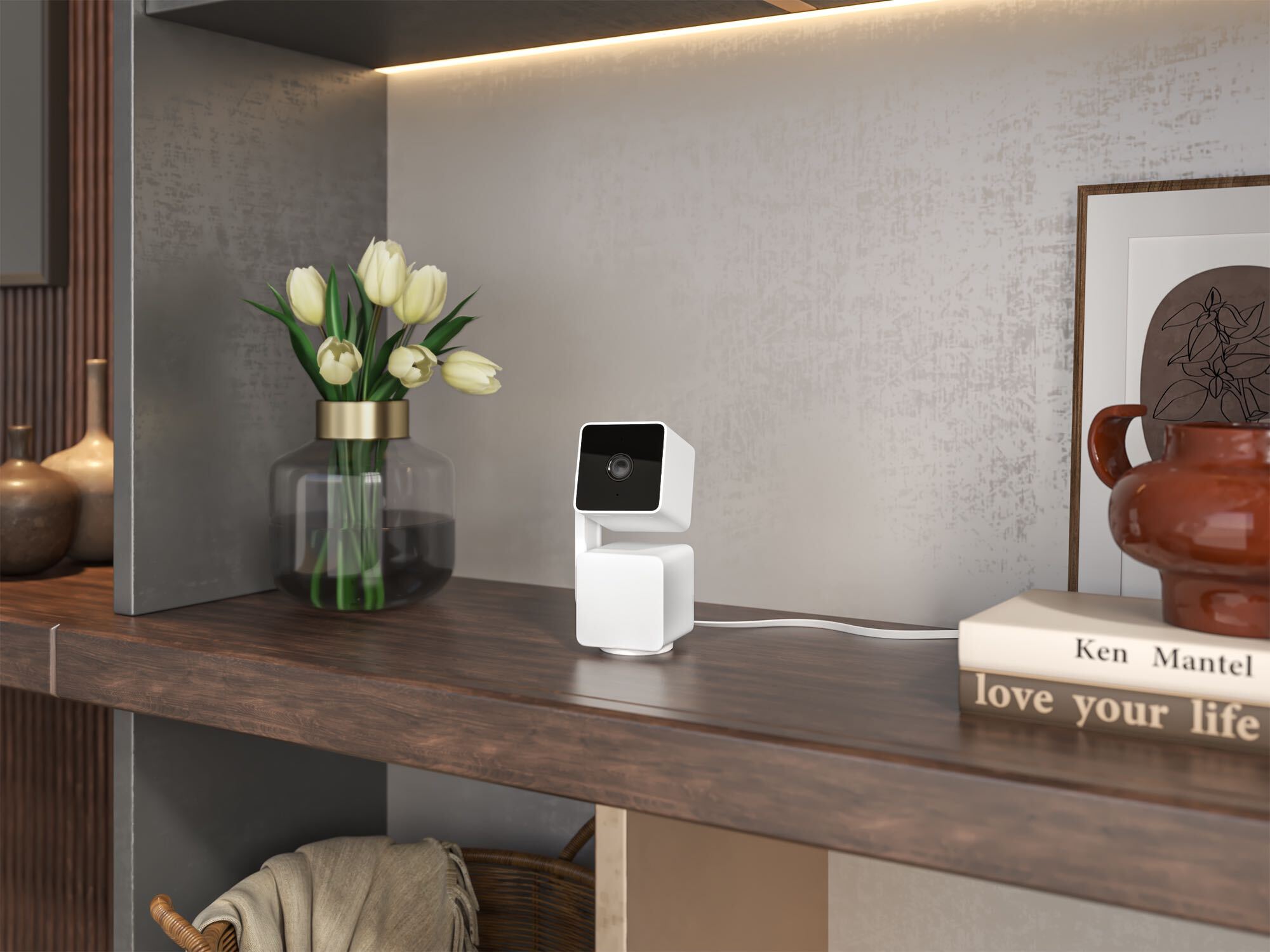 The new camera features a completely new design, which also now allows the waterproof wired camera to tilt a full 180 degrees, on top of its 360-degree panning ability.

The previous version only had a 93-degree vertical range, but otherwise, the two cameras feature comparable specs. These include Wyze’s HD sensor with color night vision, which works surprisingly well, as well as the ability to track objects and people once the camera detects motion, 24/7 recording on a microSD card and two-way audio. Since it’s a bit more flexible, the new version is also easier to mount inverted on a wall or ceiling. One nifty feature — though not new — is that you can set the camera to continuously monitor a room in a constant pattern by setting 4 waypoints. Wyze sent me a review unit earlier this month and on top of these basic specs, maybe the most important update here is that the new camera is very quiet. Wyze says it reduced the motor noise by half — and that’s quite notable. And since the camera can now fully tilt down, the company also introduced a new privacy mode that points the camera down and eliminates its field of view. I’m not sure what I was expecting, but it’s also quite small, though it feels heavier than you expect and is generally well-built. Missing Attachment Like its other modern cameras, the new system also supports Wyze’s subscription AI and storage service for automatically detecting and tagging events (this starts at $2/month/camera but even without paying, you get 14 days of free cloud storage). In my experience, this works quite well (I mostly use it to detect people and packages at our front door). I haven’t used it outside yet, but Wyze promises that the camera is waterproof, up to IP65 specs. The company recommends you use its $14 outdoor power adapter, though. The last version of its panning camera cost $44 (plus about $6 flat-rate shipping) on Wyze.com and about $50 at third-party vendors with free shipping. The new version will cost $34 (plus shipping) when you order direct from Wyze. That’ll likely mean it’ll set you back $40 on Amazon, for example. Given Wyze’s flat-rate shipping rate, you’re usually better off buying direct when ordering more than one unit (assuming you don’t mind the slower shipping). There are cheaper options from the likes of TP-Link brand Kasa, for example, though Wyze may have many of these competitors beat in terms of its software smarts. 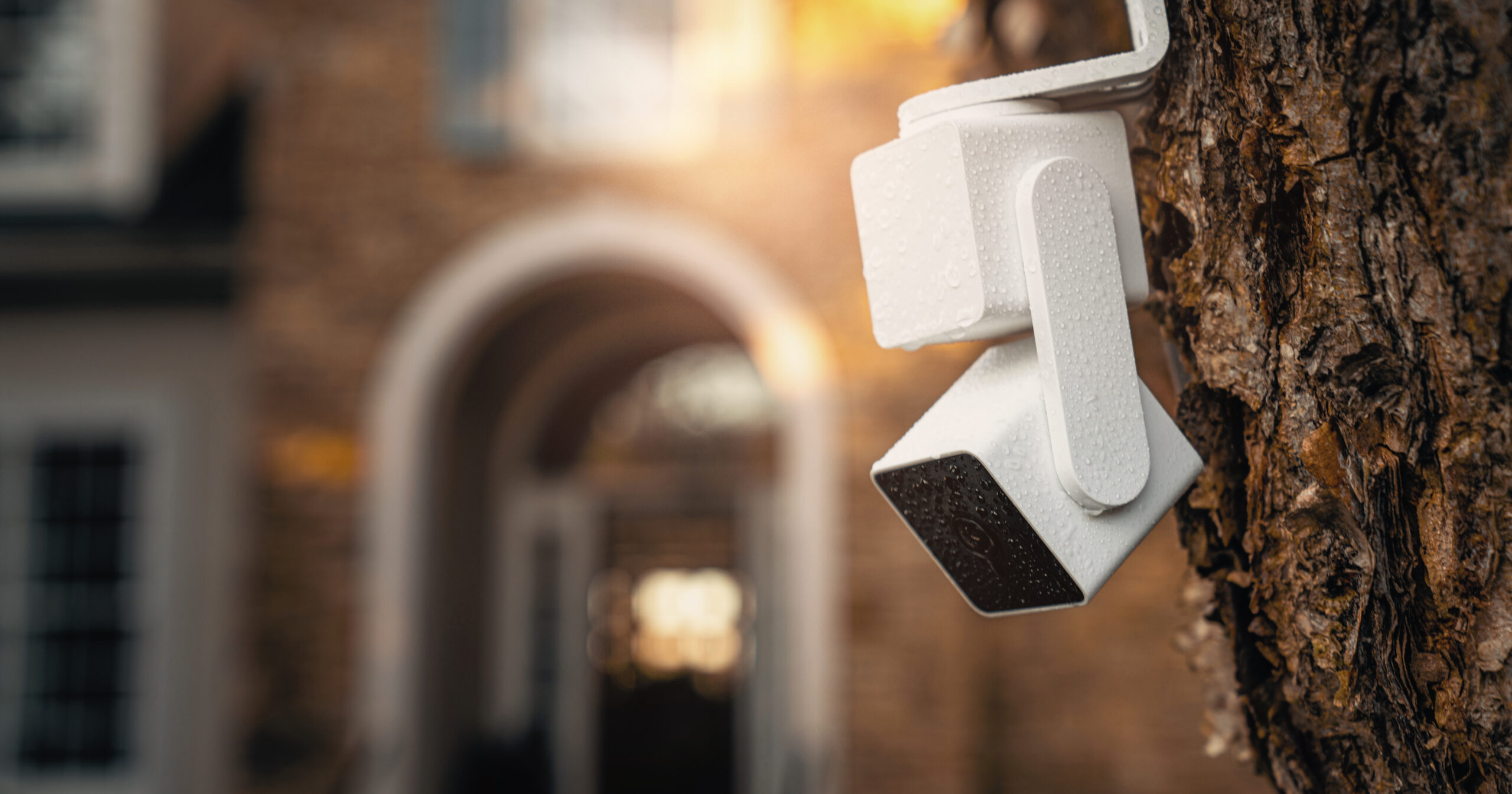 We would be remiss not to note that Wyze Cam Pan v2 was one of the cameras that had a security flaw that the company took a long time to acknowledge publicly and only finished patching last year (except for the Wyze Cam V1, which it couldn’t patch because of its hardware limitations). A hacker would’ve needed access to the camera’s random ID number through your local network to exploit this vulnerability. Security flaws are almost inevitable (and we’ve seen far more problematic issues with security cameras over the years), but Wyze’s mistake here was to not talk about this one for years. I’d like to think that Wyze has learned from this and has since strengthened its approach to security (and its app supports two-factor authentication), but it’s something worth keeping in mind. Wyze launches its new $34 pan and tilt security camera by Frederic Lardinois originally published on TechCrunch