WoWee returns to robots with a dog named ‘Dog-E’ 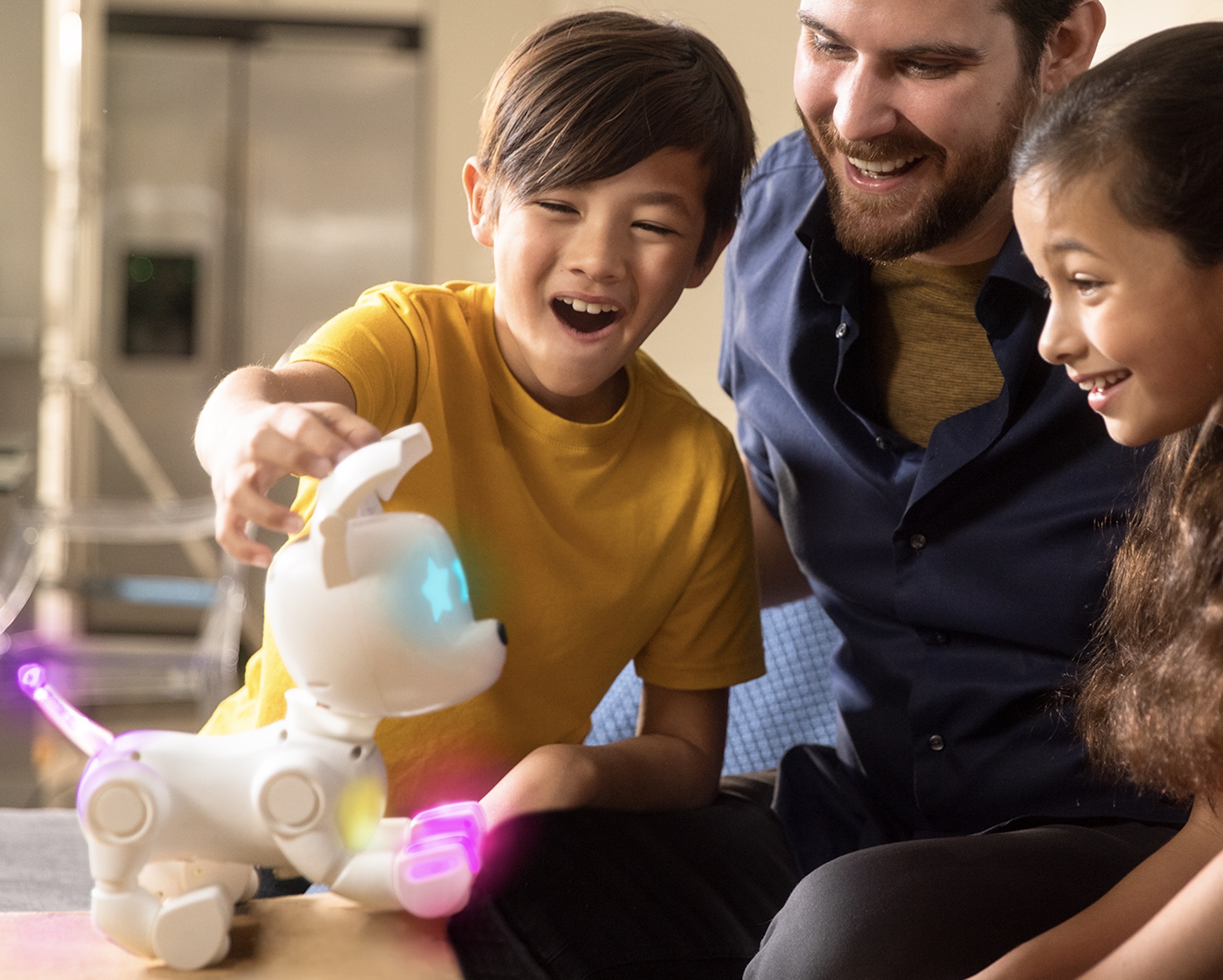 Just ahead of the holidays, I got a tinge of nostalgia from robot toys of yore. A friend told me they’d picked up a Roboraptor for a child in their life. I naturally asked, “they still make Roboraptor?” Granted, that’s probably not the first thing you want to hear after spending $70 on what you’d thought was a bleeding edge robot toy. They do, indeed, still make Roboraptor – “they” being Wowee, a toy company founded in Montreal that now operates out of Hong Kong. Hasbro bought the company in the late-90s, only to sell it again in 2007. Roborapter debuted to some acclaim the following year and a deluge of robot toys – including Robosapian – followed. The company also gave the world this terrifying monstrosity of a robotic “watch dog.” A “houndroid,” per the add. In recent years, the company has been less focused on robots. Earlier this year, WowWee’s “My Avastars” were the target of a lawsuit from Roblox Corp over the “blatant and admitted copying of” its IP. WowWee called the suit “completely meritless.” Today the company returns to CES with MINTiDDog-E, a strangely named, but less threatening robot dog toy than the iron-jawed Megabyte Cyber Watch Dog. It’s not exactly a Sony Aibo, either, as reflected in the $80 price tag. The robot dog does, however, take advantage of the Dog-E app, which saves different “profiles” to the dog. The “minting” refers to a kind of robot dog imprinting process. Per the company, Dog-E is a smart, app-connected robot dog with life-like movements, audio sensors to hear sounds, touch sensors on its head, nose and sides of its body, and a POV (persistence of vision) tail that displays icons and messages to communicate. As soon as you turn on Dog-E, your all-white pup comes to life through the minting process, which reveals its unique colors and characteristics. The minting process can begin by petting its head, touching its nose, or playing with it, among a long list of other interactions. The dog is up for pre-orders now and shops this fall. ces-2023-banner-18 WoWee returns to robots with a dog named ‘Dog-E’ by Brian Heater originally published on TechCrunch