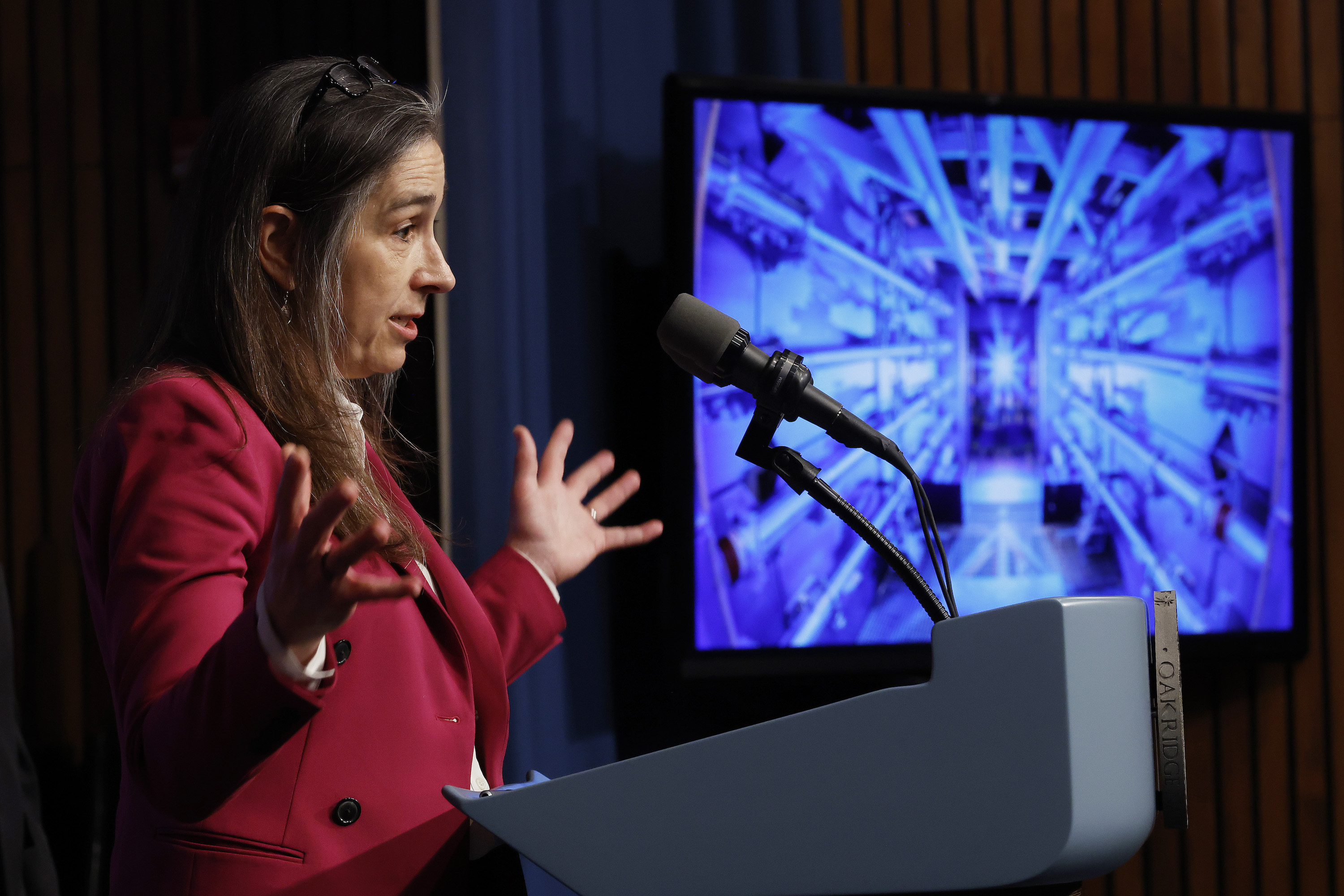 On December 5, just after 1:03 a.m., 192 lasers at the National Ignition Facility converged on a small gold cylinder that contained a tiny bead of fuel composed of two isotopes of hydrogen, deuterium and tritium. In a flash, the cylinder vaporized, emitting X-rays that bombarded the fuel pellet, turning its outer diamond layer into an expanding plasma that compressed the fuel inside to the point where its nuclei fused and released a tremendous amount of energy. How much energy? When the BB-sized fuel pellet ignited and produced a sustained fusion reaction, it released about 50% more energy than was imparted by the experiment’s lasers — the world’s largest and most energetic laser system. The lasers’ energy heated the fuel pellet to 150 million degrees Celsius and compressed it with a pressure over twice that found at the sun’s center. In specific terms, the lasers put in 2.05 megajoules of energy and the fusion reaction released 3.15 megajoules. That’s even better than leaked reports suggested. The team at the Lawrence Livermore National Laboratory spent the last week deciphering the data to determine the exact results. Only 4% of the deuterium-tritium fuel burned in the fusion reaction, suggesting plenty of room for improvement. The gold cylinder took about two weeks to manufacture, and the diamond-coated fuel pellet took about seven months to produce. In scientific and technical terms, the reaction is considered net positive. In real-world terms, it produced far less power than what would be expected of a commercial power plant. To produce the 2.05-megajoule shot, the laser system required 300 megajoules of power, Kim Budil, director of LLNL, said in a press conference today. Still, Budil said that the team sees a way to get to “hundreds of megajoules of output” per shot, an amount that would be required for a commercial-scale power plant using the technique, known as inertial confinement. “We need the private sector to get into the game,” Energy Secretary Jennifer Granholm said.