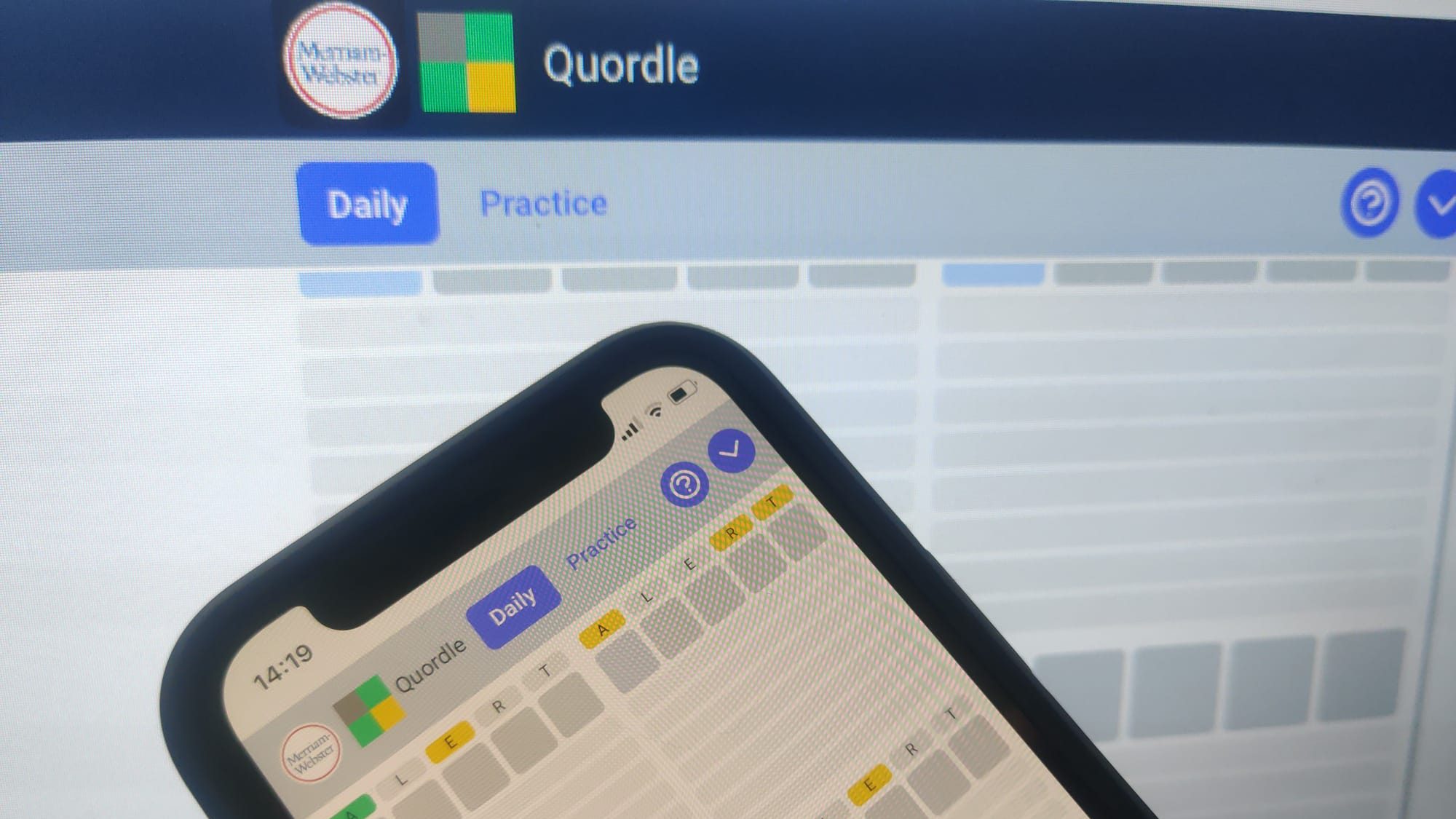 Little fanfare has been made around the acquisition, but the Quordle website now redirects to its own space on the Merriam-Website website, while Quordle creator Freddie Meyer quietly issued this statement at the top of the Quordle tutorial section.

I’m delighted to announce that Quordle was acquired by Merriam-Webster! I can’t think of a better home for this game. Lots of new features and fun to come, so stay tuned!

Quordle is one of a number of knock-offs that emerged in the wake of Wordle’s rise to world fame. Wordle, for the uninitiated, is a simple web-based game that gives users six attempts to guess a five-letter word, with color-coded clues served as feedback if they get any of the letters correct. The New York Times snapped up Wordle last January for a seven-figure sum, and in the intervening months the game has apparently attracted millions of new subscribers to the NYT’s Games offering. The media giant later integrated Wordle into its crossword app, and even turned Wordle into a physical board game. Quordle, for its part, builds on the basic Wordle concept, except there are four five-letter words to guess at once, with just nine tries. Each guess must be a genuine word, and each guess applies to each of the four words — the tiles change color to tell the user which guesses are correct, and whether a letter exits in that word but in a different position. Screenshot-2023-01-20-at-14.07.53

After arriving on the scene last February, just one month after the NYT Quordle had reportedly conjured up 1 million players within two months. But similar to Wordle, Quordle wasn’t much more than a passion project, with creator Meyer saying that he had “no plans to monetise Quordle,” according to reports at the time. That said, the developers did include some ads on the page as an alternative to soliciting donations to cover costs. Fast-forward to today, and Quordle is now in the hands of Merriam-Webster, a brand that has evolved beyond its printed-dictionary foundations that started nearly two centuries ago, to include its first website back in 1996, followed by numerous tangential language-focused digital services such as vocabulary app for kids. Among its online properties is an NYT-style Games & Quizzes portal, which is where Quordle will now reside. TechCrunch has reached out to Merriam-Webster for comment, and will update if — or when — we hear back. Wordle clone Quordle acquired by Merriam-Webster by Paul Sawers originally published on TechCrunch