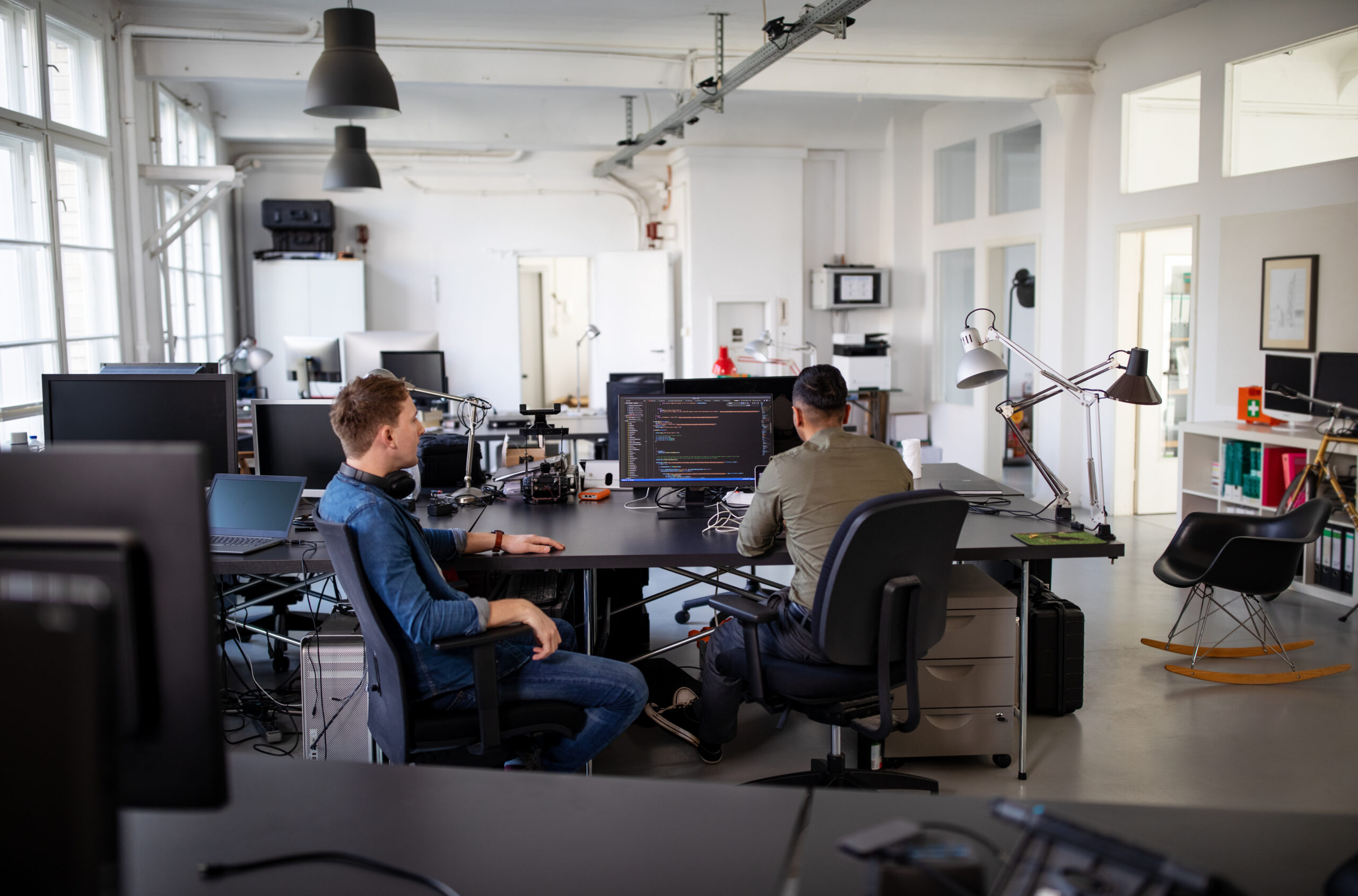 Lars Johnson, senior director on Microsoft’s connected workplace and Teams group, said that there were multiple impetuses behind Places, which has been in development for over a year. Employees wanted opportunities to connect in-person with their colleagues, he said — despite the general trend toward remote work. But they lacked the tools to effectively coordinate. “As we were discussing [our calling and videoconferencing solution] Teams Rooms with customers, they were continuing to point us to a larger challenge they were grappling with: What is the purpose of the office?” Johnson told TechCrunch in an email interview. “We were [also] seeing early signs from our own research about hybrid working that while people still wanted flexibility, they were missing some in-person connection.” Places is Microsoft’s attempt to overcome these hurdles with a tool that shows the real-time working status of employees, including fully remote and hybrid teams. From a dashboard, workers can quickly see which days are hybrid, in-office or remote and the percentage of the workforce that’s in a given office building. 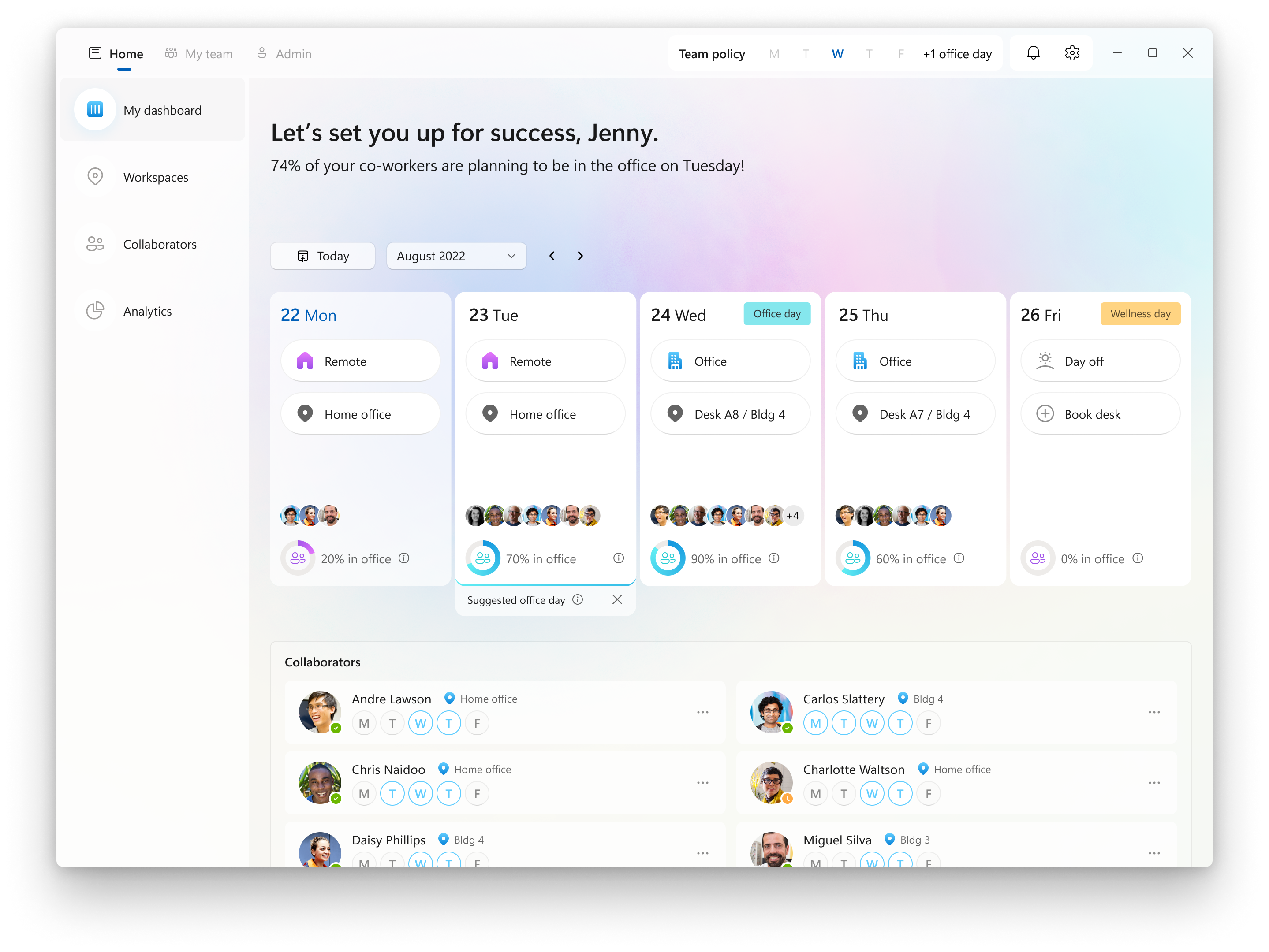 Places also shows each staffer’s scheduled in-office and remote days, as well as their current availability (e.g., in-office, remote or mobile). The idea is to help employees understand where their colleagues are sitting, how to book space on the days their team is planning to come in and how people are actively using the office, Johnson said. “Creating effective places and coordinating where work happens will play a critical role in making hybrid and in-person work successful,” he added. “Places is focused on ‘where work happens’ and creating and improving places where we work.” To this end, Places shows the workspaces others have booked, so someone can book one nearby if they so choose. And it provides office wayfinding and navigation, guidance on commuting time, tools for scheduling travel time and insights on space usage (e.g., energy-saving opportunities). As Microsoft elaborates in a blog post:

Hybrid scheduling will leverage common data signals from Outlook and Teams to allow you to view the week ahead and see when your co-workers and close collaborators are planning to be in the office … Intelligent booking will help you discover available [office] spaces with the right technology to match your meeting purpose and mix of in-person or remote participants. And you’ll get recommendations for the shortest commute times — with prompts telling you when to leave based on that day’s traffic and when your meetings are scheduled … [Meanwhile, with] wayfinding … you’ll be able to access a map on your mobile device that guides you to the right place. Hot desk booking will allow you to see where your closest colleagues are sitting and choose your desk accordingly.

Microsoft sees Places as a platform rather than a standalone app — one which third-party partners can build on top of. Whether they actually will is an open question, but it indeed seems to be the case that employers desire greater intelligence where it concerns office occupancy. Considering that rent, capital costs, facilities operations, maintenance and management make real estate the largest cost category outside of compensation for many organizations, that’s not surprising. According to McKinsey, real estate often amounts to 10% to 20% of total personnel-driven expenditures — expenditures that make less sense during a pandemic. It’s not just COVID-19 that has companies looking to reevaluate office spaces. The economic downturn is pushing an increasing number to consider downsizing or subletting. According to a survey from workspace management platform Robin, 46% of businesses said that they plan to reduce their office footprint over the next nine months. “Places … leverage the [a] rich space data to improve how and where work happens,” Johnson. “Data from Teams Rooms will accrue into the Places app, leading to stronger solutions for our customers.” It’s worth noting while the intentions behind Places appear to be good, it’s unlikely every worker will be on board with the idea of their employer recording more data on the way they work. That’s because, as a piece in Computerworld points out, hybrid work can become a “minefield of unfairness, rewarding people who are more able and willing to work in the office. In a Gartner poll, 59% of women knowledge workers — who are more likely than men to express a preference for remote work, the poll found — think in-office employees will be seen as higher performers while 78% believe in-office workers are more likely to be promoted. We asked Microsoft in a follow-up email if there’s anything to prevent an employer from using Places data to make personnel decisions. A spokesperson said: “Microsoft Places will aggregate data to show overall space utilization trends; it will not show it at the individual level. At Microsoft, we think using technology to track employees is both counterproductive and wrong. Instead, we recommend measuring outcomes, not activity. This era of flexible work requires a new way of thinking about what it means to be productive — one that goes beyond activity metrics alone.” 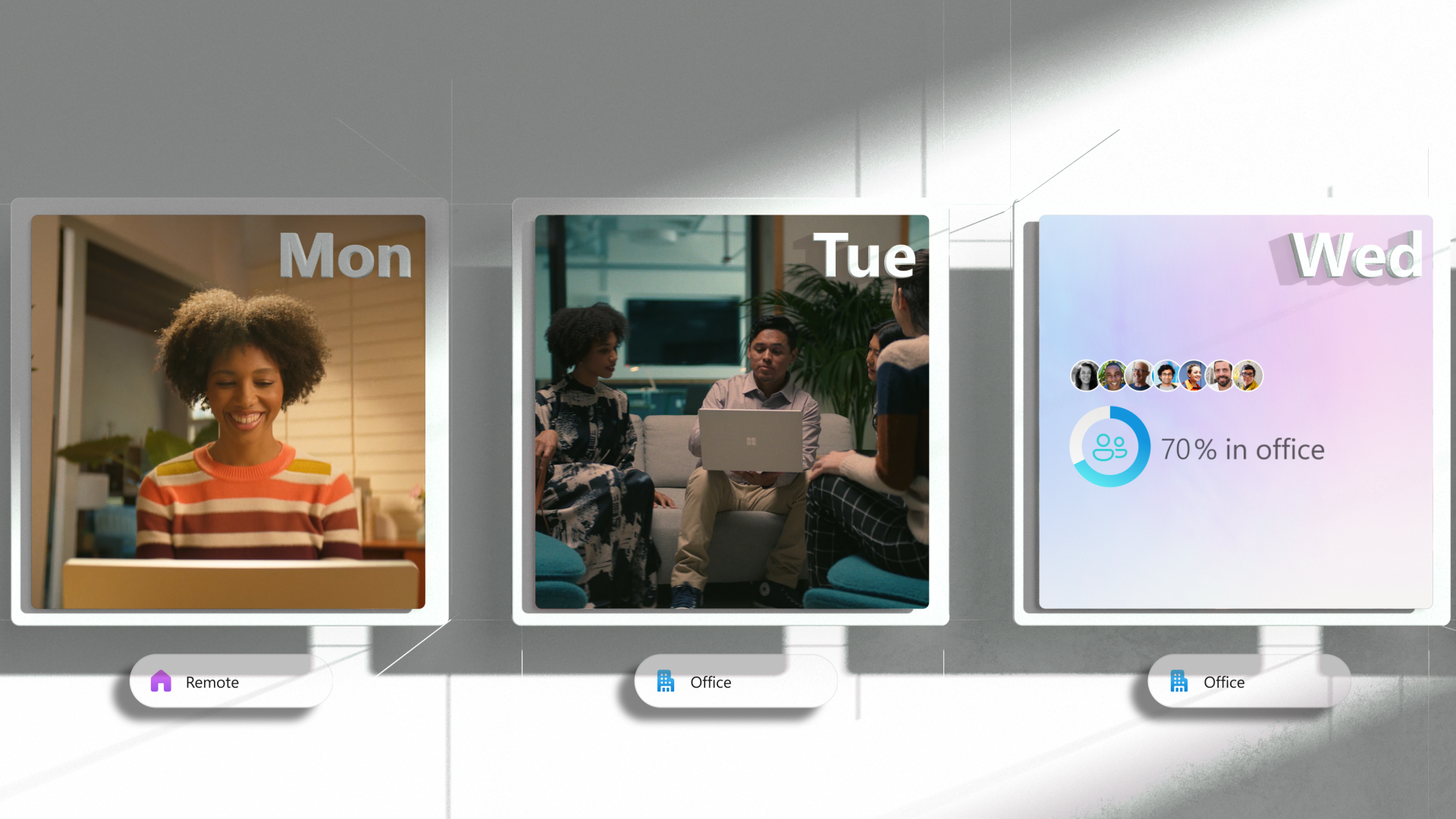 In any case, with Places, Microsoft enters an increasingly crowded field of apps to manage hybrid workplaces. French-based Café similarly helps workers see when people in their team are coming to the office so that they can plan when they should go to the office as well. There’s also Officely, which lets workers coordinate office time without having to leave Slack. Companies including VergeSense, Butlr and Density sell people-tracking sensors geared toward corporate workplaces. In a decided advantage, Microsoft has the might of its Microsoft 365 customer base behind it. As of April 2021, the consumer version of the office productivity suite alone had more than 50 million subscribers. Particularly if developers embrace Places, Microsoft could become a force to reckon with in the market for office and people management. With Places, Microsoft aims to help companies better manage hybrid work setups by Kyle Wiggers originally published on TechCrunch