Why watch a movie when you can watch your corporate all-hands meeting? 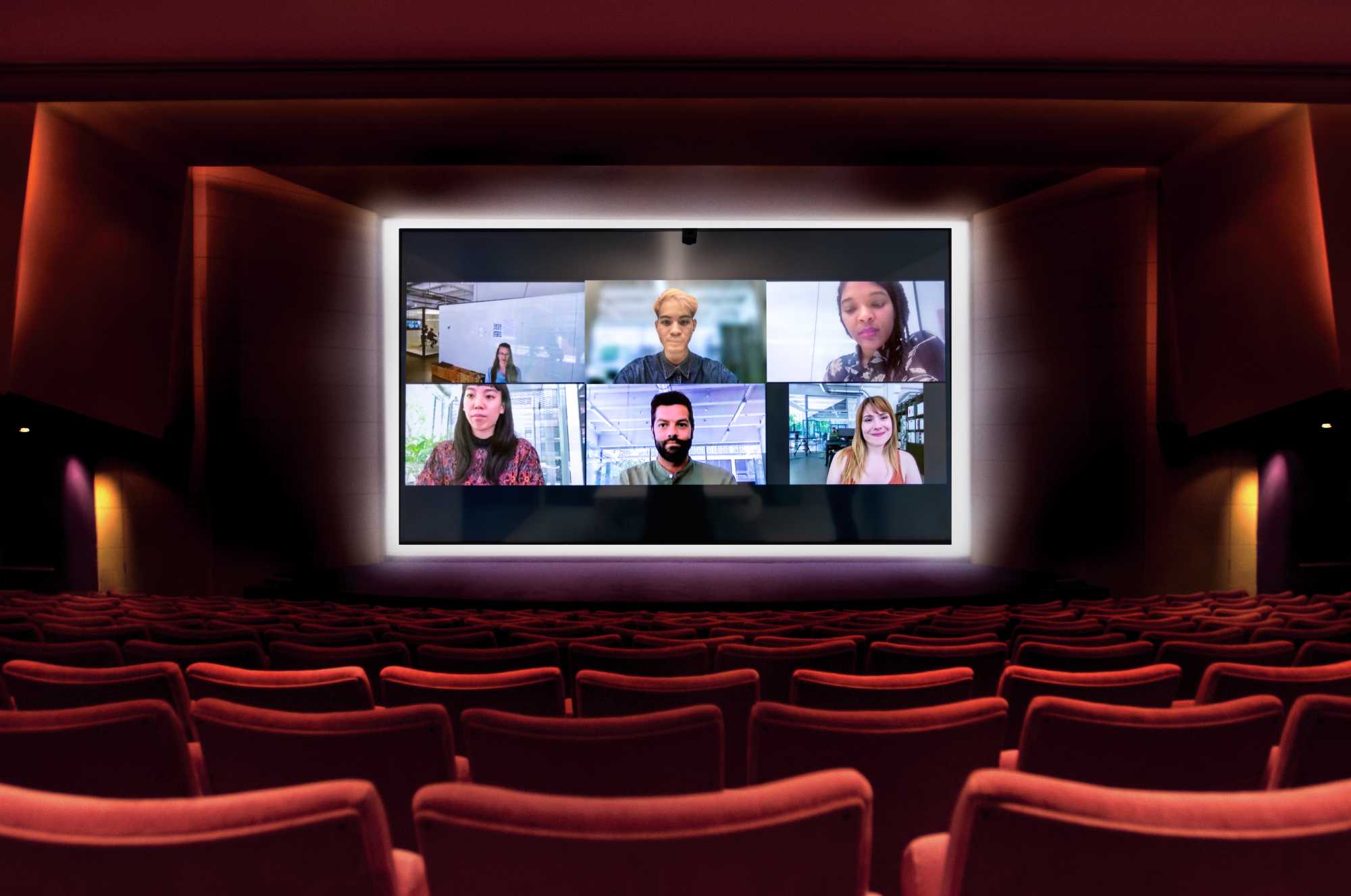 In partnership with Zoom, AMC Theatres will launch a product called Zoom Rooms next year. Basically, you go to the movie theater to join a Zoom meeting with your company. Yes, you must commute to the movie theatre only to join a meeting with your colleagues across the country, who are also at the an AMC movie theatre. If your company isn’t strapped for cash, you might even get some complimentary popcorn. These theatres, which range between 75 and 150 seats, will be available to book for three-hour blocks. “AMC has an abundance of attractive theatres at centrally located venues in city after city after city, each with ample seating capacity, especially so during daytime hours on weekdays when most meetings take place,” said AMC Theaters CEO Adam Aron. “Zoom Rooms at AMC broadens our scope, as we now can participate as well in the multi-billion market for corporate and other meetings.” While the idea of one person sitting alone at a movie theater on a Zoom call is funny, that’s not what’s going on here. This technology is supposed to connect groups of people in different locations — so, for example, a New York-based team might meet at one theatre to catch up with a Los Angeles-based team at another theatre. But it remains unclear how you can actually tell who’s talking if you have dozens of people crowded into a theatre. Movie theatre popcorn aside, it seems like a technical nightmare to figure out how to actually conduct a meeting this way… and perhaps working from home and mailing your employees some nonperishable popcorn bags is a simpler alternative. “As hybrid work has become more commonplace throughout the United States, Zoom Rooms at AMC will enable companies and other entities with decentralized workforces and customer bases to bring people from different markets together at the same time for cohesive virtual and in-person events and meeting experiences,” a press release from AMC Theatres says. It feels like someone put a handful of publicly traded companies into a hat, picked out two randomly, and challenged them to create some kind of new collaboration. AMC floundered during the pandemic, since its core business was rendered moot by a once-in-a-lifetime catastrophe. But even as vaccines become more widespread, people aren’t returning to the movies like the company hoped. Even though AMC’s quarterly revenue increased, the company still reported a quarterly loss this week. Meanwhile, Zoom is trying to broaden its scope by adding features like email and calendar as its unprecedented growth slows down. Why watch a movie when you can watch your corporate all-hands meeting? by Amanda Silberling originally published on TechCrunch