Why the time is right for a Mercedes-Benz charging network 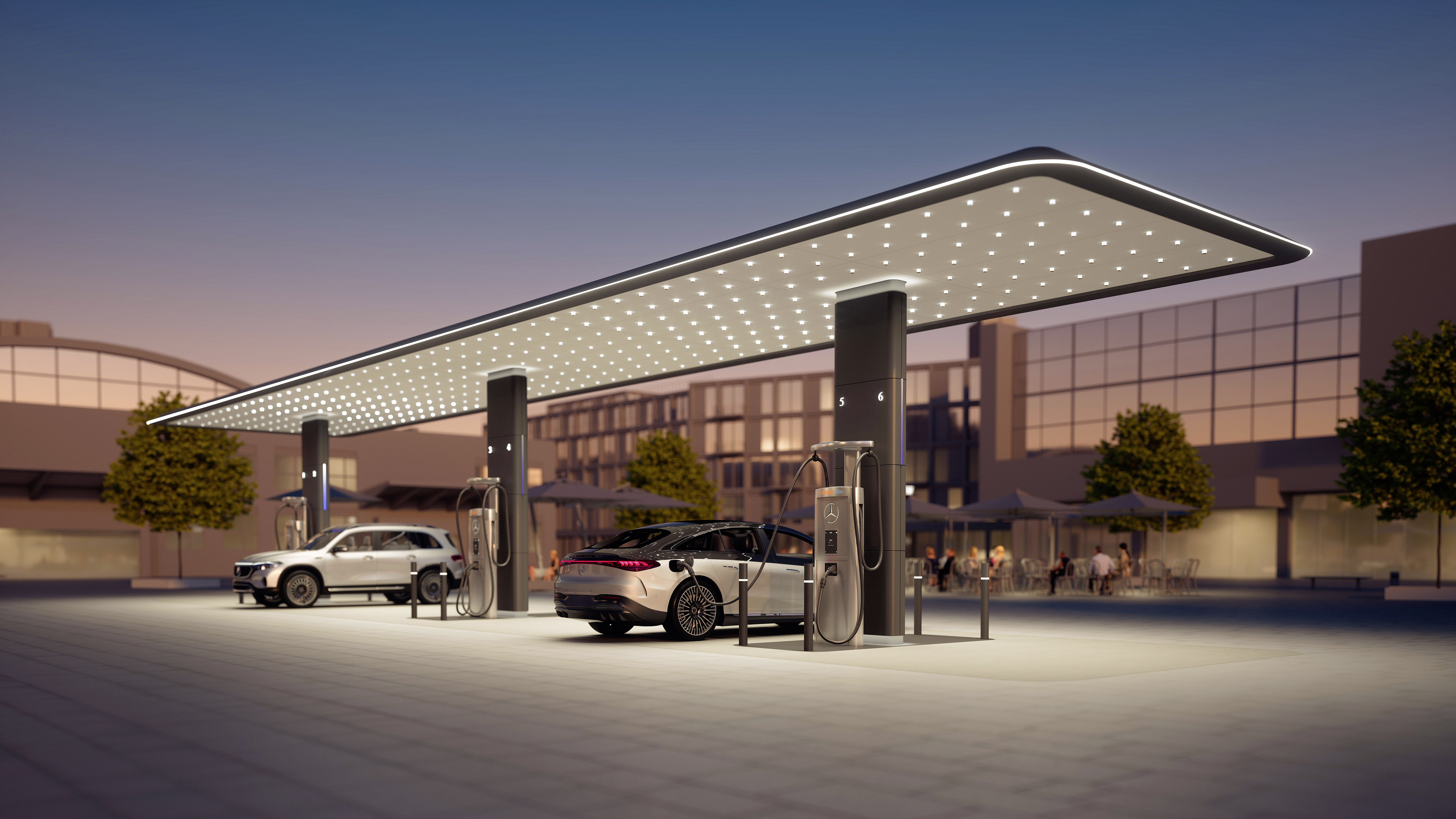 Mercedes-Benz is hoping that its well-heeled clientele will want to give their luxury EVs the same sort of premium treatment. At CES 2023 in Las Vegas last week, Mercedes announced the creation of a bespoke charging network for its growing line of EVs — all-electric offerings that will make up the company’s entire portfolio by 2030. The $1 billion initial investment, split with Mn8 Energy, will create an initial 400-plus charging sites across North America, with an eventual 2,000 sites globally offering 10,000 total chargers. By way of context, that’s one quarter the size of Tesla’s current Supercharger network, a charging offering that has taken a decade to build. TechCrunch spoke with Magnus Östberg, chief software officer, and Markus Schäfer, chief technology officer, for more details on why Mercedes is jumping into EV charging and it how it will execute its plan. Schäfer said the final cost to build the network will total a “couple billion dollars” based on the scope of the initial investment (“you can do the math,” he said). “We think it’s absolutely worthwhile,” he said during an interview at CES 2023. “If you’re an EV driver, you know what kind of experience you have, especially in the holidays and traveling with an EV. And that’s not Mercedes-like.” Though the initial investment is steep, Schäfer said it’s just another big spend the company is prepared to make to own the EV space. “We talk about tens of billions in cost of transforming the company,” he said. “It was not our first priority to deal with the raw material supply chain or with cell-making, or with charging in the first place.” But, these are things Mercedes has had to do, partnering with Rock Tech Lithium and others for supply of raw materials, and committing to build eight battery manufacturing plants globally. Mercedes is now turning its attention to a charging network because nobody else has created a network they’re happy with. “We thought really some other entities would take care [of it] and you know, energy companies running gas stations today would take care [of it]. It didn’t happen. It didn’t happen,” Schäfer lamented. Of course, plunking down the billions in capital needed to build an EV charging network is just one piece — albeit an important one — to successfully complete such an ambitious project. Where these chargers are located and how they are maintained are the other critical components to the EV charging network pie. Both Chief Software Officer Östberg and CTO Schäfer said that dealers will have input here, but that customer density and usage patterns will be the most significant factors in selecting locations. “We know their preferences in traveling,” Schäfer said, “and that’s exactly going to be the basis for selecting the perfect site.” Reading between the lines, that means this will not be a network designed to fill gaps in existing charging networks. It’ll instead be a premium choice offered in population-dense areas, places surely already well-serviced by Electrify America, Tesla’s Supercharger network and others. Östberg said each spot will be selected to create a “luxury Mercedes experience,” ensuring none are installed at a “scary location.” Proximity to good food will be a priority, while each location will have plenty of light and surveillance systems. Mercedes said it will invest to ensure each location is up to snuff, buying or leasing land as needed. Chargers will be high-speed, 350 kW to start but upgradeable even beyond that, and Mercedes-Benz is taking steps to ensure up-time, the bane of many an EV road trip. ChargePoint will provide the physical chargers and the back-end to monitor them. Schäfer said Mercedes and partner Mn8 will ensure spare parts are readily available nearby, along with on-call technicians to install them, but that it’ll be up to ChargePoint to keep the software side operational. That’s a reason for concern. When chargers break, it’s usually the software at fault. A 2022 survey of 657 Bay Area chargers found that 22.7% were non-functional due to various system failures like non-responsive touchscreens. Only 0.9% of the chargers had an obvious hardware fault like a broken connector. The final luxury aspect here will be availability. While these chargers will be open for use by any EV, Mercedes-Benz owners will have the extra privilege of a charger reservation system. Today’s MBUX navigation already suggests charging stops along the way and preconditions the battery when approaching one. When selecting a Mercedes-owned charger, the car will take the additional step of saving them a spot. “If you’re in a traffic jam and, you know, you can’t make it to this time, the system will know that you’re arriving later, and it’s going to update your reservation,” Schäfer said. This, of course, will only happen if you’re using the integrated Mercedes navigation experience, not Apple or Google Maps. “The idea is also the key to keep them in our ecosystem,” Schäfer said. The $1 billion spent up-front to launch this network will just be the beginning of the investment, but Schäfer is adamant that it will eventually be a profitable endeavor: “It has to be a self-sustaining business. Absolutely.” Schäfer said the enterprise will eventually be profitable and cites Ionity as an example of what can go right. “The valuation of this network has grown so much,” he said. “So it was a great investment… We think we can do the same here.” Why the time is right for a Mercedes-Benz charging network by Tim Stevens originally published on TechCrunch