Why am I getting so many spam calls? And how do I stop it? 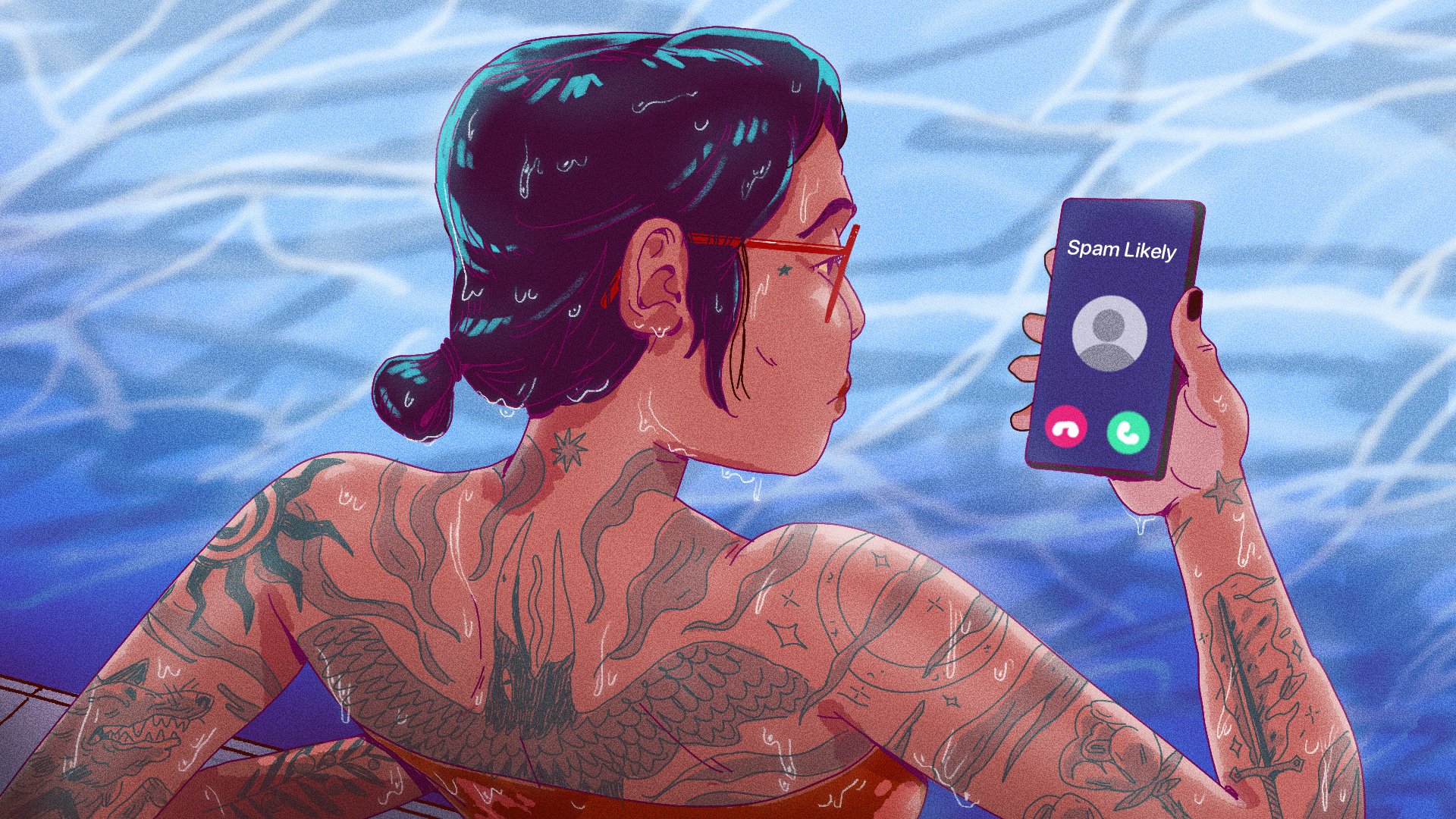 The recent deluge of robocalls we’ve had to weather has conditioned us to dread our smartphones actually functioning as intended. It’s not right that we’ve come to fear the phone ringing because we know in our hearts that the call isn’t coming from a friend or loved one, but instead from some far-off villain using text-to-speech to try to convince us our car’s warrant has expired. American phones were bombarded with over 50 billion robocalls in 2021, and the scourge has become a top priority at the FCC (and the number one complaint it receives from consumers). There are a few culprits to blame for our winding up in this mess. Fortunately, there are also a handful to things you can do to lessen the frequency of spam calls reaching your number. Tweet may have been deleted (opens in a new tab) Many social media users pin the blame on Trump-appointed former FCC Chairman Ajit Pai, but he’s only one piece of the puzzle.

Like so many patently American problems, our fealty to a certain economic system is partially to blame for the onslaught of spam calls. It’s no accident that many forms of robocalls, like those made by telemarketers or debt collectors, are perfectly legal. The Telephone Consumer Protection Act, passed in 1991 to help curb the first wave of spam calls, granted consumers the right to sue phone harassers. But the 2016 SCOTUS ruling for Spokeo Inc. v Robins sided with businesses and determined that a plaintiff has to demonstrate injury beyond being annoyed to take a robodialer to federal court.For the scammers, this consumer-unfriendly framework pairs wonderfully with the relatively unsophisticated caller ID technology that carriers are only just getting around to fixing. By using “gateway providers,” international robocallers can reach U.S. phone networks disguised as native numbers. Only once the spam is reported by an annoyed dialer are the carriers alerted that that call wasn’t coming from inside the house.

If your biggest issue with robocalls is their sonic annoyance, you can nip that in the bud by simply turning on the “silence unknown callers” feature in your iPhone or Android’s settings. This feature will send all incoming calls from numbers you’ve yet to communicate with directly to voicemail.iPhone users should go into the general settings menu, tap “phone” next to the green icon, and scroll down until they see “silence unknown callers.” Tap that phrase, and you’ll see a toggle you flip on. images-1.fit_lim.size_376x-1images-2.fit_lim.size_376x-2 As Android device settings menus vary a bit from manufacturer to manufacturer, turning on this feature might take a little more exploring. Keep an eye out for variations on the name of this feature, such as “block harassing calls,” “block anonymous calls,” or just “call blocking.”If you’d prefer to leave this feature off, you can always block each spammer’s number one by one, as they come in. It’ll take some dedication and effort, but the promise of tranquility might be worth it to some.As a last resort, you could also permanently turn on your phone’s “do not disturb” mode and go into its settings to make it so that only those in your saved contacts are able to reach you. You can probably see the drawbacks to taking such drastic measures, but it’s nice to know it’s an option. images-3.fit_lim.size_376x-1images-4.fit_lim.size_376x-2

Pay to be rid of them

Some phone carriers offer additional layers of spam call filtering if you pay a little more each month. AT&T offers Call Protect Plus for $3.99/month, and T-Mobile sells Scam Shield Premium for an extra $4/month.If paying your carrier extra for more protection feels like too much of a shakedown, you could try using a third-party app like Hiya, Nomorobo, Robokiller, and Truecaller for roughly the same price per month as the carrier services.images-5.fit_lim.size_376x-2images-6.fit_lim.size_376x

This may be more of a placebo than anything, but you could always add your number to the Do Not Call registry at https://www.donotcall.gov. If all goes as it should, telemarketers should stop calling you within a month’s time. The main issue with this approach is that it only works in curbing legal robocalls. The robocallers already breaking the law aren’t likely to suddenly stop because your number’s now technically off-limits.images-7.fill_.size_2000x990.v1664828589