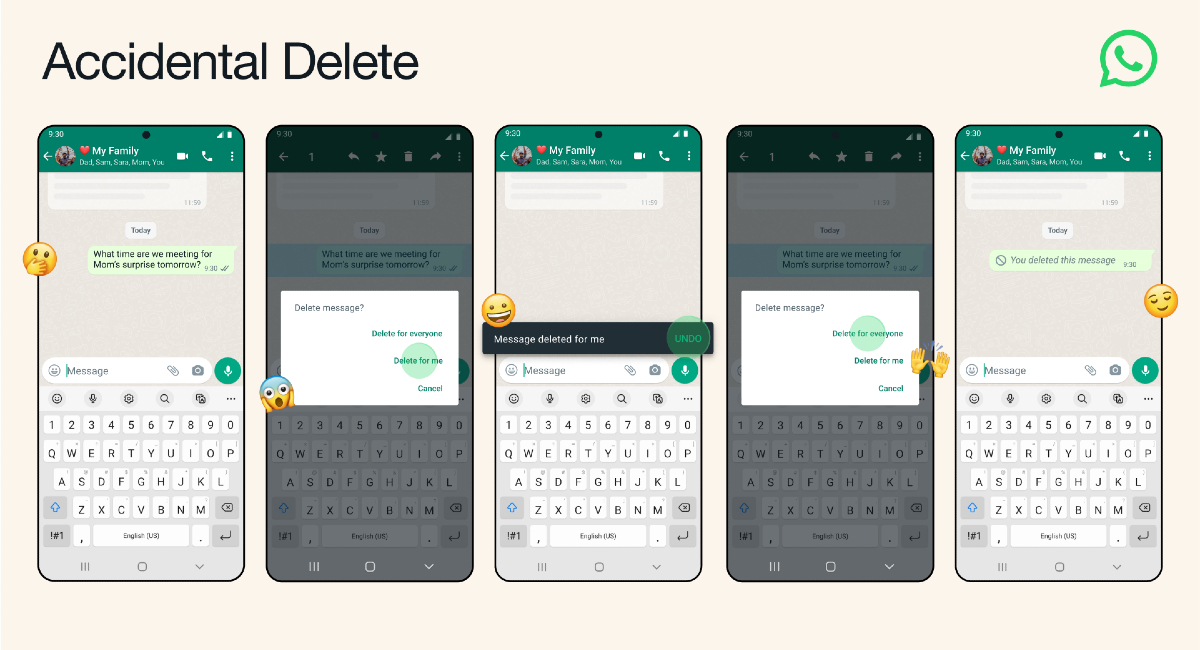 The new feature, called ‘accidental delete,’ brings a five-second window to let users reverse the action of deleting messages for their own in an individual or group chat and delete them for everyone. Users sometimes land in a situation when they accidentally tap the ‘Delete for Me’ button instead of ‘Delete for Everyone’ to delete a wrongly-sent message. The new feature aims to help users overcome those situations by getting the small window to reverse their original action. WhatsApp said its new offering would be available to all users on Android and iPhone. It was beta tested with some Android and iOS users in August, per a report by WhatsApp features tracker WABetaInfo. In 2017, WhatsApp introduced the ‘Delete for Everyone’ option to let users recall a message for all people in a conversation. The feature was designed to address the issue of sending messages mistakenly in individual and group chats. Although the initial rollout of the option was limited to seven minutes, WhatsApp eventually extended that time limit to up to two days and 12 hours — or 60 hours — in August this year. WhatsApp lets you undo ‘Delete for Me’ in case you hit that button too quickly by Jagmeet Singh originally published on TechCrunch