We certainly don’t need a repeat of last year 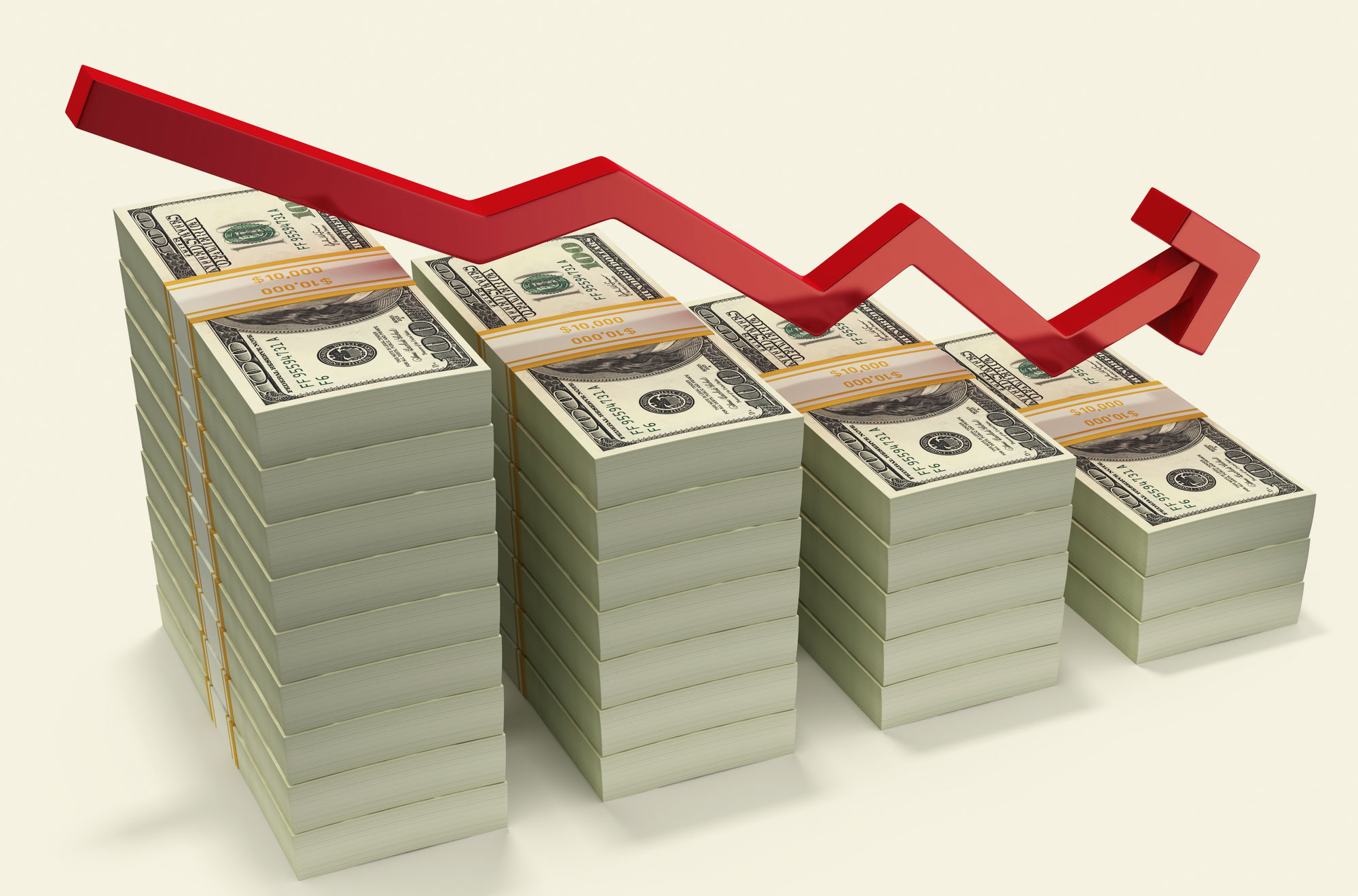 Last week, I dug into CB Insights’ State of Fintech 2022 report. We’ve already discussed ad nauseam that fintech funding is not just down, but also way down. And I’m not foolish enough to try and make any real predictions about the state of fintech in 2023. Instead, I’m going to highlight some specific findings of that report that stood out to me and that I didn’t already write about. Digital lending funding was down 53% to $11.5 billion in 2022. Dollars raised and deal volume in the fourth quarter dropped to their lowest levels since 2020 — with $1.6 billion raised across 121 deals. That’s a big drop even from just the first quarter of 2022, in which we saw $5.3 billion raised across 198 deals. It’s not too difficult to surmise why this was the case. In 2022, we saw inflation and interest rates climb and startups with loose underwriting standards are no doubt paying the price with increased delinquencies and defaults. So when investors are thinking about where next to put their money, it’s unlikely that digital lending startups are going to be high on their lists, to be honest. But guess where we saw an even bigger drop in funding? Banking. Globally, banking funding slid by 63%, or nearly two-thirds, according to CB Insights. Oof. In all of 2022, banking startups raised $9.4 billion across 299 deals. That compares to $25.3 billion raised across 447 deals in 2021. There were so many challenger banks born in recent years, it is not surprising that that segment became oversaturated. My guess is that we’ll see a real survival of the fittest in 2023 and beyond. Heck, even decacorn Chime has struggled, as evidenced by its round of layoffs in the fourth quarter. Meanwhile, payments remain the darling of the fintech space, with the segment leading in total funding and deals in the fourth quarter of 2022. About $3.4 billion was raised across 188 deals in the payments space in Q4 — nearly double the $1.8 billion raised across 62 deals by banking startups in the same three-month period. With more businesses and consumers opting to pay for things digitally, even in a post-pandemic world, this is hardly surprising. And lastly, wealth tech made an impressive showing in terms of investor interest. Wealth tech companies brought in $1.7 billion across 164 deals in the fourth quarter. I think this reflects increased effort on the part of all generations to think ahead when it comes to their money, and not just live for short-term gratification. Anisha Kothapa, CB Insights’ lead fintech analyst, believes that last year’s funding numbers reflected more of a correction than a bubble. While of course I still believe fintech is in its early innings, I do also think that people went a little too crazy, too fast in 2021 and a lot of companies that probably shouldn’t have gotten funded did. So whether it’s a correction or a bubble is hard to say really. Either way, let’s hope 2023 brings with it greater due diligence, less ego and more viable business models. We certainly don’t need a repeat of last year.

Beleaguered fintech startup Bolt revealed a new brand last week that involved the launch of a multimedia campaign featuring this commercial that will stream on Hulu, Peacock, ESPN, ABC, NBC, and other networks, as well as a meme generator “for any internet user to play around with to discover their own shoppergänger,” a company spokesperson told me via email. The company will soon be “rolling out an influencer campaign where creators will dive into #dolltok by building narratives around their #shoppergangers (dolls customized to their own unique shopper personas) in their miniature worlds,” according to the spokesperson. AdAge speculates that the fintech startup is using memes in an effort to “connect with Gen Z.” From Axios: “Retail trading platform Robinhood is launching an independent media brand called Sherwood that will be led by veteran tech editor and media entrepreneur Joshua Topolsky. The entity will build on the success of Robinhood’s popular daily markets newsletter, Snacks, and will serve as a branding and customer acquisition tool. Sherwood Media has been set up as an independent LLC that will exist as a subsidiary of Robinhood, in part to ensure that the content produced within Sherwood remains editorially independent.” Snafus can happen even when incumbents and fintechs partner. Reports The Charlotte Observer: “Bank of America experienced delays in online transactions conducted via Zelle for much of the day Wednesday (Jan. 18), but those problems were resolved by the afternoon, the bank said. On outage tracker DownDetector.com, irate customers reported missing funds and unexpected negative balances due to problems with the digital payment network.” How can fintech startups outlast the VC winter? Peter Hazlehurst, co-founder and CEO of BaaS startup Synctera, shares his thoughts in this TC+ article here. Reports CFO Dive: “Wilmington N.C.-based nCino announced CFO David Rudow will be leaving the cloud banking provider effective Jan. 31 as the company will lay off about 7% of its workforce, or 117 employees, according to Wednesday press release and a company spokesperson. Chief corporate development and strategy officer Greg Orenstein will move into its CFO seat.” Nihar Bobba has “dipped” out of Wharton to join fintech-focused venture firm Better Tomorrow Ventures as a principal, according to this tweet. He had been a venture partner there since last March, according to his LinkedIn profile. Anyone who has tried to buy a new car recently will appreciate this. Publicly traded Upstart, an artificial intelligence (AI) lending marketplace, has added two new applications to its Auto Retail platform — digital finance and online sales — to offer dealerships “a seamless online to in-store car-buying experience, from search to signing.” To hear more rant on this topic and other fun stuff, listen to this week’s Equity Podcast. A recent panel discussion among VCs Mercedes Bent of Lightspeed Venture Partners, Victoria Treyger of Felicis Ventures and Jillian Williams of Cowboy Ventures hosted by TC editor and StrictlyVC founder Connie Loizos touched on a number of hot topics in the world of fintech. As Connie writes: “If you’re a fintech founder, investor or regulator, you might want to catch the full conversation — which also touches on regulation, talent in the industry and crypto” in the video linked here. Very talented tech journalist Eric Newcomer is still “marveling at JPMorgan’s decision to go public and sue the founder of the student loan company Frank” after purchasing the startup for $175 million and then accusing CEO Charlie Javice “of helping to fake millions of customers in order to induce the bank to buy her company.” (We’re still marveling too!) I 100% agree with him here: “While I applaud JPMorgan for holding an alleged fraudster accountable, the bank certainly looks pretty foolish for failing to notice before buying the company that so many of Frank’s customers had apparently been brazenly faked.” All this leads Eric to ask: “With JP Morgan suing a startup founder, will 2023 be the year of accountability?” Wholesale marketplace Faire announced last week that it has built what it describes as an “app for brands” to give independent brands a way to manage their businesses — “all from their phones.” So what’s the fintech tie? A spokesperson told me via email: “With this new brand app, customers can manage orders from anywhere at anytime — meaning they will never miss an order resulting in more money being earned.” Reports Fintech Finance News: Turkish fintech company “Papara . . . [announced] the launch of its insurance arm. Currently live are mobile and pet insurance products, with more to come in the first half of the year….This is the first expansion of Papara’s product suite outside of its core banking and money management products since launching six years ago. It marks the next step in Papara’s mission to become one of Europe’s leading financial SuperApps, providing users with all the accessible and affordable financial services they need in one place.” More here. The relationship between incumbents and upstarts has long been a complicated one. Cartoonist Ian Foley illustrates the start of the consolidation and M&A process that the fintech market is starting in earnest here.

Spotlight on Africa, by Tage Kene-Okafor

QED-backed Nigerian fintech TeamApt has made a rebrand by adopting the name of its flagship product, Moniepoint, piloted in 2019 as an agency banking platform that uses POS devices to meet the financial needs of underbanked and unbanked customers in Nigeria. However, the platform has since metamorphosed into a full business banking solution. While maintaining its agency banking core, Moniepoint began providing small businesses, who still act as agents, with banking and operational tools like working capital, business expansion loans, expense management (business payments cards), accounting and bookkeeping solutions and insurance. Moniepoint’s interfacing nature between thousands of small businesses and millions of individual customers made it TeamApt’s most well-known brand, among others, that included a white-labeled digital banking product for banks and enterprise software for small business management. “When we started out in 2015, we were primarily providing back office payment infrastructure for banks and needed an apt team, hence the name TeamApt. Since then, we have evolved significantly and our flagship business banking solution, Moniepoint, has become our core focus and where we see the future,” CEO Tosin Eniolorunda, Moniepoint co-founder and CEO said of the rebrand. The Moniepoint brand also made the fintech the most money. It currently processes most of the POS transactions in Nigeria with an annualized total payments volume (TPV) of over $170 billion and a customer base of over 600,000 businesses, enabling it to more than double its annual revenues in 2022. The platform also launched a credit offering in 2022, which has already disbursed over $1.4 billion in working capital loans. Considering all this, it’s easy to see the rebrand as fitting. Moniepoint, now a London-based company, claims to be profitable (it says since 2020). It became QED’s first African investment last July when the U.S. fintech-focused firm led a $50 million+ pre-Series C round that saw Moniepoint’s valuation jump into soonicorn range. africa-up-down-arrows1-1-2

Seen on TechCrunch Kenyan fintech Kwara raises $3M seed extension, signs deal to reach over 4,000 credit unions Link raises $30M to help merchants accept direct bank payments P2P lending platform PeopleFund raises $20M Series C extension led by Bain Capital Grazzy wants to stop letting people use ‘no cash’ as an excuse to avoid tipping And elsewhere Splitero raises $12M to expand home equity investment operations Insurtech iLife Technologies raises $17M Sneak peek: Dayforward, a digital-only, full-stack life insurance startup, will announce this week that it has closed on $25 million in funding led by AXA Venture Partners with participation from existing investors HSCM Ventures, Juxtapose, and Munich Re Ventures. It also has acquired Commercial Travelers Life Insurance in an effort to expand its own life insurance offering nationwide. Founded in 2021, the company touts that its term life insurance offering “guarantees the policyholder’s family will continue to receive their income in the event that the policyholder passes away.” The company’s latest funding round brings its aggregate amount of capital raised to $45 million. The money will go toward scaling its business nationwide, developing new insurance products and “continuing to launch its proprietary solutions through strategic partners.” That’s it for this week. Thanks, once again, for reading and sharing this. See you next time! xoxo, Mary Ann We certainly don’t need a repeat of last year by Mary Ann Azevedo originally published on TechCrunch