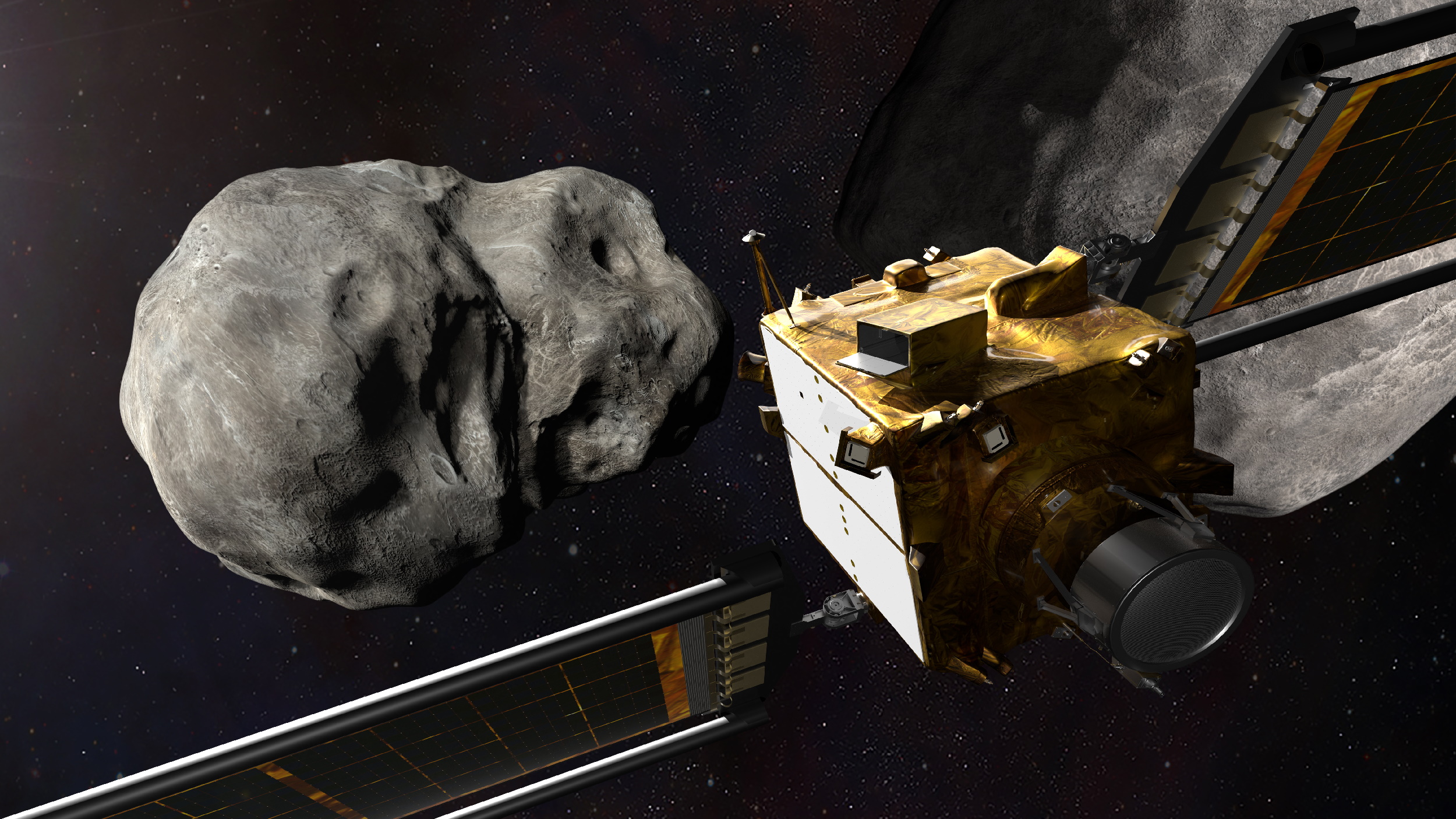 DART was launched last November and has spent the intervening months positioning itself for a perfect shot on Dimorphos, a 525-foot-wide asteroid in orbit around Didymos, half a mile wide (and more the type we’d need to worry about, planetarily speaking). Today is the big day. You can review the particulars of the mission here, but the gist of it is quite simple. DART itself will smack straight into Dimorphos, not to annihilate it or send it careening back out of the solar system, but just to affect its orbit enough that researchers back here on Earth can tell whether this technique would actually work in an emergency. Actually deflecting an asteroid of any size is tough — even a “small” one 525 feet wide has enormous mass and momentum, meaning a spacecraft that weighs a few hundred pounds isn’t going to affect it much. But it will affect it a little — enough to measure, meaning we can tell how much force was imparted on it and other factors. That in turn will affect future missions and provide a baseline for any future Armageddon-style operations. The good news is that large asteroids are fairly easy to spot if they’re not already on the books (thousands of objects are tracked by astronomers worldwide). We don’t need a planet-killed to take a hard right and miss the Earth by 50 million miles — a little tap while it’s still on the outskirts of the solar system might be all it takes to ensure it passes a safe distance away, or gets captured by another planet, or burns up in the sun. DART-infographic_v4 A stitch in time saves nine, as they say, and an asteroid impact in time saves nine billion. The livestream will likely consist of mostly NASA mission crew looking worried, and a 3D rendering of the spacecraft’s telemetry. The actual moment of impact will come and go in the blink of an eye — literally. When you’re going 4 miles per second, a 500-foot target comes up on you fast. DART’s on-board camera will capture it for a few frames before it hits, but the chaser spacecraft LICIACube will be right behind, capturing the impact from another angle. What will it look like? Probably a little puff of dust and pebbles, but there’s no way we’d pass up the chance to catch this on video. Tune in this afternoon, with the feed starting at about 2:30 and coverage at 3. Watch the asteroid-smashing DART spacecraft make its 6-million-mile shot today by Devin Coldewey originally published on TechCrunch