VR comes of age, as Rendever, a mixed reality startup focused on the elderly, acquires Alcove from AARP 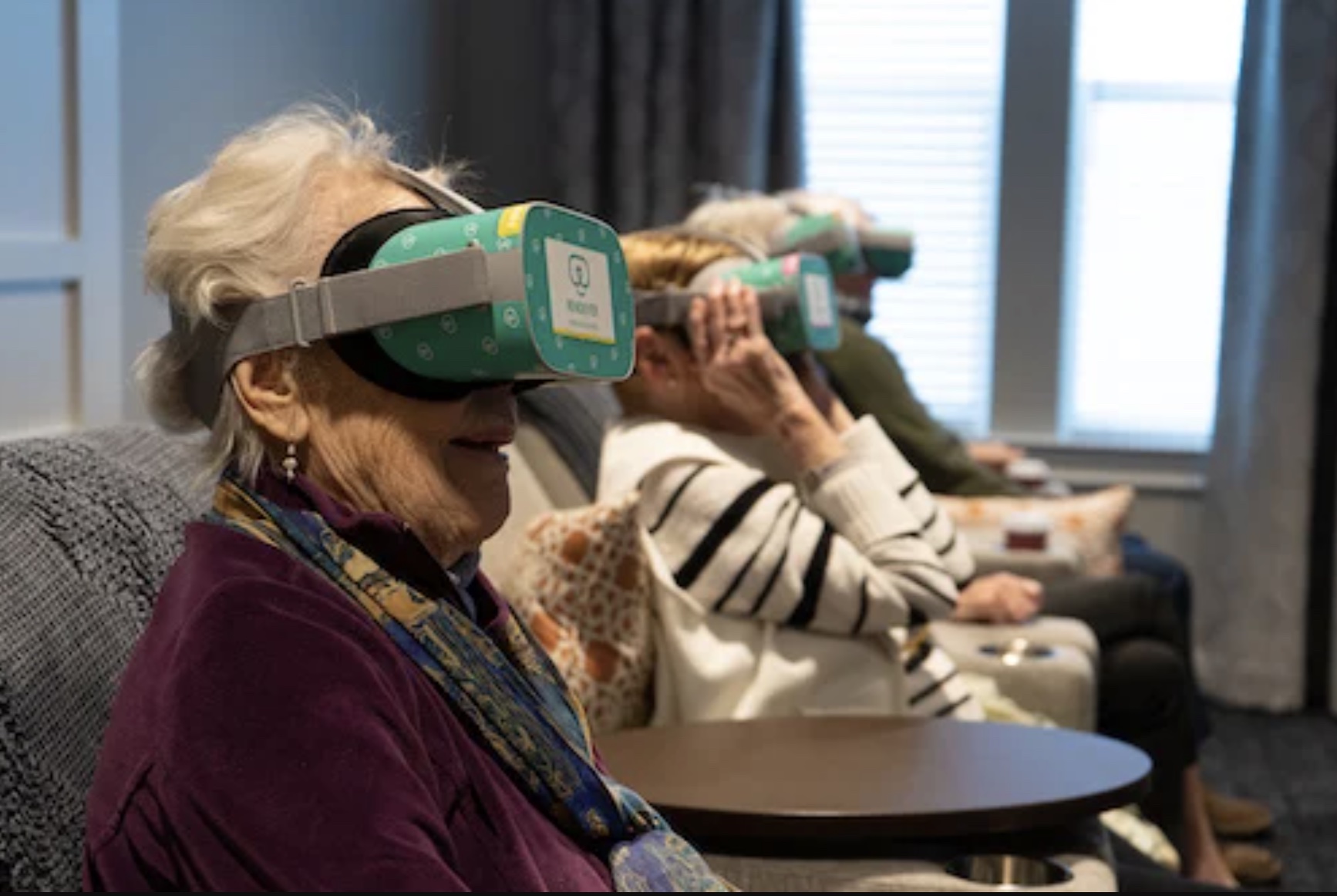 Rendever operates as a B2B service — it works with care homes and other organizations to create customized VR experiences that are in turn used those organizations’ elderly residents — but Alcove is more consumer-facing and is currently sold as a service to AARP’s members. It describes itself as a “family-oriented virtual reality app”. Available to use on Meta (Oculus) Quest, the app is laid out as a virtual living room where families can “meet” and look at photos, play games, watch movies or just converse together. Financial terms of the deal are not being disclosed but from what we understand Rendever is paying cash for Alcove, and AARP is taking equity in Rendever as part of the deal. Rendever and AARP are not strangers. The latter is one of the startup’s investors (others include Mass Challenge and the Dorm Room Fund; it’s also had grants from the National Institute on Aging and the U.S. Department of Health and Human Services) and they had initially co-developed Alcove together before AARP decided that it no longer wanted to invest in developing it in house. “We at AARP are thrilled to have Rendever acquire and continue expanding the capabilities of such an impactful product as Alcove,” said Rick Robinson, VP & GM of the AgeTech Collaborative at AARP. “We know virtual, immersive experiences can demonstrate tremendously positive outcomes, especially for the socially isolated and we expect Alcove will continue helping even wider audiences under Rendever’s leadership.” The org, he said, is not pulling away from tech, but it will pursue it in collaboration with third parties more in the future. That shift — along with this piece of M&A — both underscore part of a bigger trend that is being played out in tech. Not only has the bear market led to startups having a harder time raising money right now; but similarly organizations and reining in budgets for tech projects (if not completely killing them off) if those projects are not showing a strong return or quick path to profitability. This in turn is spurring more M&A activity as a means to giving those startups and those projects a lifeline in these leaner times. The fact that the asset in question here is focused on elderly people is also significant. Technology is now part and parcel of how we interact with each other, something that became ever more the case in the peak of Covid-19 as people had to isolate more from each other and travel got curtailed. Although there are a lot of older consumers who resist a lot of tech — they may not have mobile phones, or can’t solve simple glitches on their computers, or they don’t use any kind of social media — that population is evolving as more digitally-savvy consumers age. All of this will lead to a bigger market and a bigger demand for services and devices aimed at older people’s specific needs and preferences. (And this week at CES, building for that population, not just VR like this but gadgets like hearing aids, is forming a big part of what might more generally be described as “accessibility” tech but could just as accurately be seen as more sophisticated approaches for specific audiences.) The idea that there is an untapped market of users, but those who could be a perfect audience for VR, formed part of the premise for Rendever getting started in the first place, CEO and co-founder Kyle Rand said. “We had the idea of bringing VR into senior living communities to address social isolation,” he said of the original idea for the startup in 2016. At the time, most were skeptical, he said. “Back then, when we told people this idea, and we provided some demos, we got laughed at. No, they said, you’re going to use this technology with this demographic [because] they must be tech averse. But what we found was that if you can make it easy to get somebody into the experience, and provide something meaningful and joyfus, the opportunities were just limitless.” He said when users come into virtual rooms for the first time, or use them to “travel” back to their childhood neighborhoods using Google Maps and Street View, people would “light up.” Although providing ways to ease social isolation might have previously been seen as a nice-to-have, the premise took on a different urgency during Covid-19 when so many were isolated out of caution and sometimes actual public health regulations, and people started to understand just what toll isolation could have on mental health, regardless of the age. Today, the startup works with some 500 senior living communities in North America, and it has to date delivered more than 2 million VR experiences to older adults. Rendever is largely bootstrapped — it has raised less than half a million dollars in the last eight years — but it’s now using the fact that it is profitable and growing while addressing an evolving market to go out for its Series A. we’ve delivered over 2 million experiences in VR to older adults. VR comes of age, as Rendever, a mixed reality startup focused on the elderly, acquires Alcove from AARP by Ingrid Lunden originally published on TechCrunch