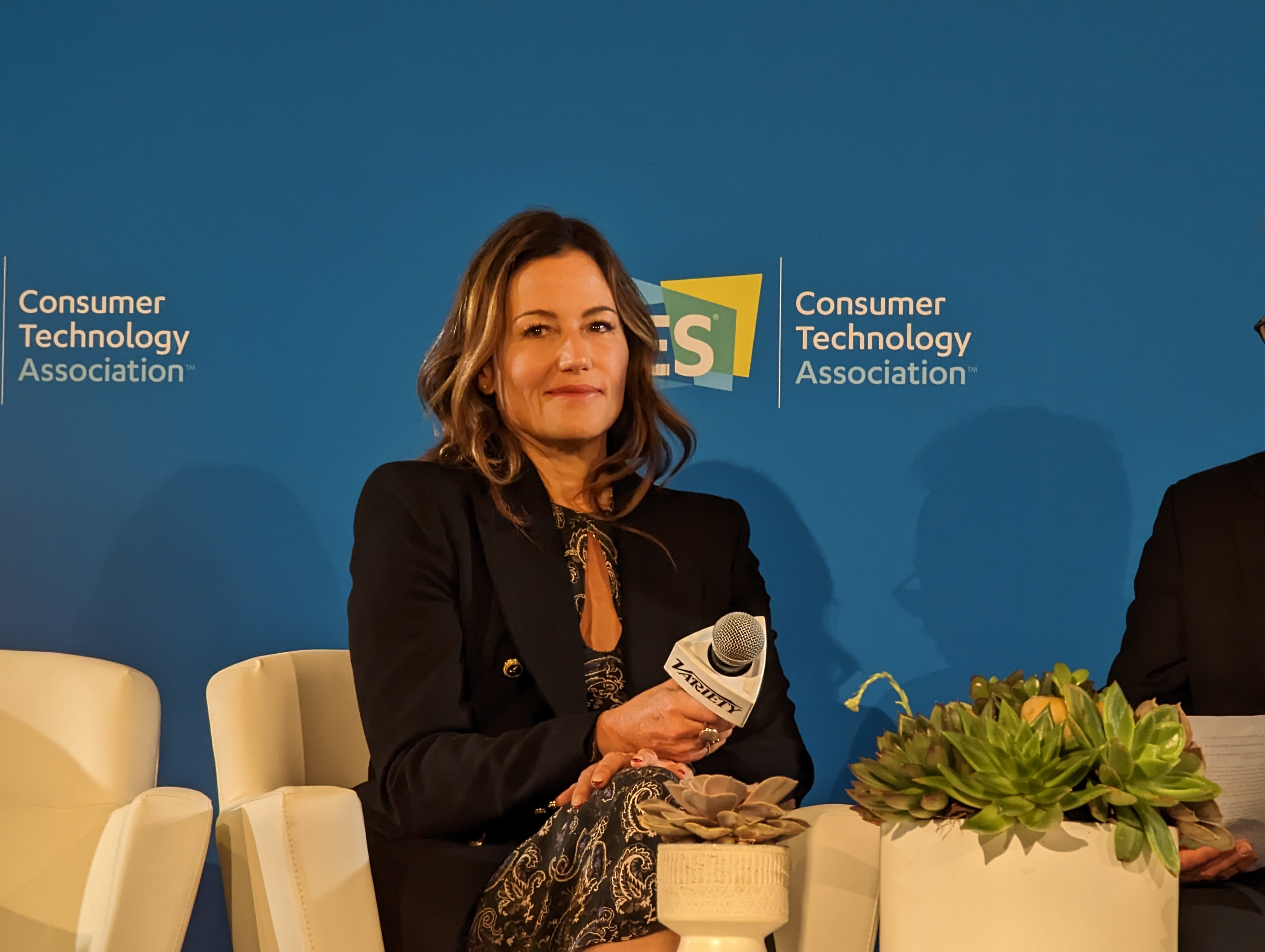 Speaking at the Variety Summit at the Consumer Electronics Show in Las Vegas, Erin McPherson, Verizon’s Chief Content Officer and head of partnerships, said the service would, “at first” be for Verizon Wireless customers, then “eventually opened up to everyone down the road. But we’re starting out with our customer base,” she said, “We’ve got roughly 20 premium subscription services,” McPherson noted, adding that it expects to grow that number to “about 50” by the end of 2023. That growth, however, won’t continue to expand to include the long tail of smaller streamers, she clarified. “It’s not an attempt to aggregate the world’s apps, though — that’s not what we’re about doing. It’s going to always remain a curated selection. And our hope is also to push the industry forward by creating consumer-centric bundles and offers with these services,” said McPherson. Verizon ended Q3 with 122 million total retail connections and 25% of its consumer wireless phone customers now have 5G-capable devices, it said. Its consumer division counted 234,000 fixed wireless net additions in the third quarter and 58,000 Fios Internet net additions. The company’s main mission is to keep growing that so this is also the endgame when it comes to the company’s media and content strategy these days. McPherson hinted that longer-term plans may include bundles of services on its platform, as well. “Again none of this is announced yet — but think about a bundle where a customer could get a video subscription service, something to do with health and wellness — since we offer Peloton and Calm. We might start to work with delivery services — anything that’s a monthly subscription,” she said. One of the perks of +Play is a free year of Netflix Premium for customers who sign up for a subscription — something Verizon is helping to underwrite as a marketing initiative. “As we go on forward with Netflix, we’re going to be doing other exciting things in this space as far as thinking about where we go with next-gen — perhaps next-gen bundling and other types of offers with all of our partners. We’ve got great trials. Think of it as our way of providing our customers with more value,” she said. These types of offerings won’t be available in the near term. Instead, when the service exits beta testing later this year, McPherson said Verizon’s focus will be on enhancing the “features and functionality, making things prettier, and taking friction points away in the buy flow.” We have contacted Verizon for comment. Verizon’s +Play subscription store to later open to non-Verizon customers by Sarah Perez originally published on TechCrunch