Veeve bags $6.7M to turn shopping carts into smart ones 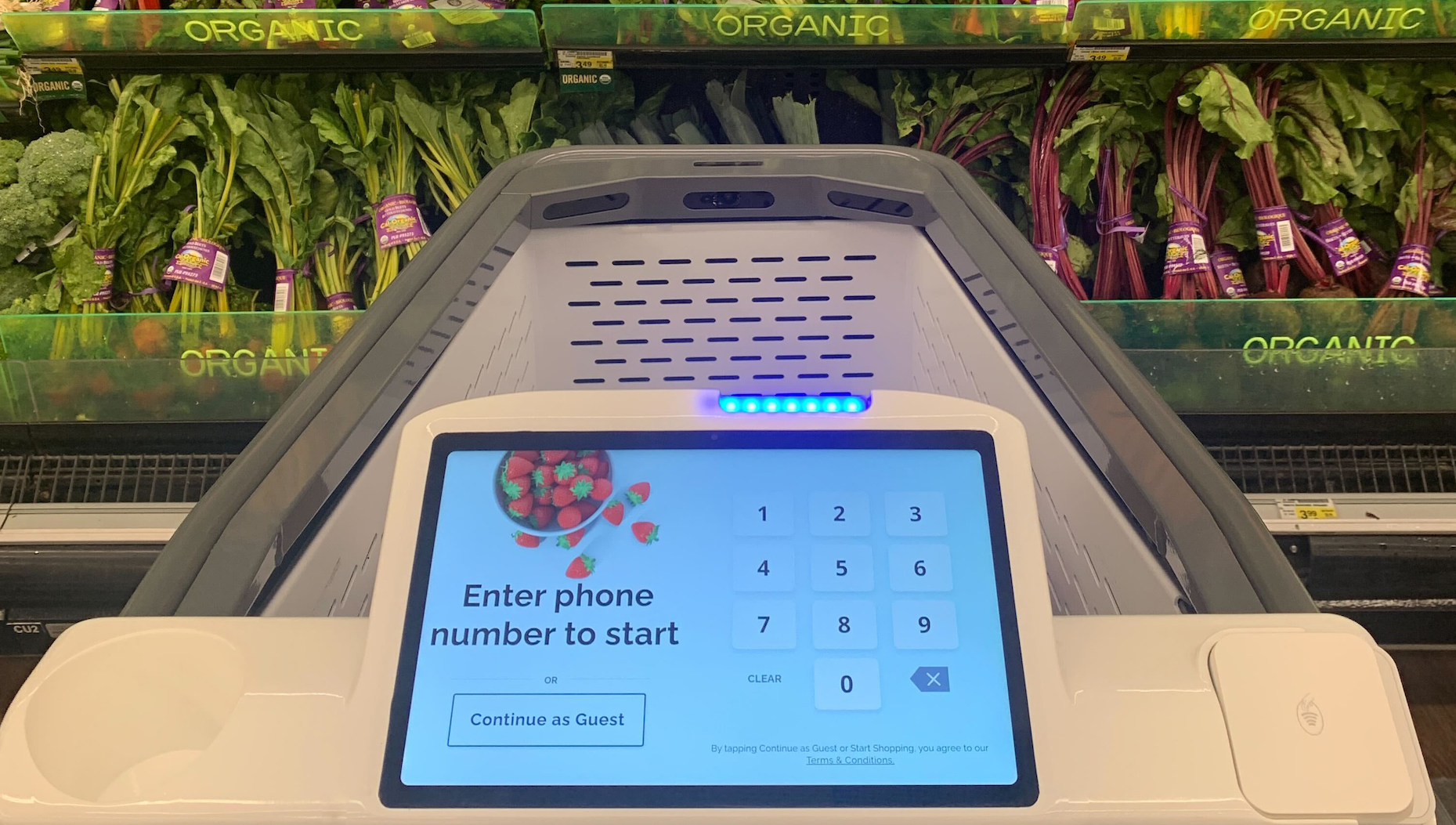 However, Siddiqui told TechCrunch that he was not a fan of the concept of having cameras everywhere and felt that scaling that kind of approach would be difficult. On the other hand, he also thought retrofitting existing stores would be expensive, so he went looking for a better way to make shop-and-go easier. That’s when he hooked up with fellow Amazon engineer Umer Sadiq, and together in 2018 started Veeve to build Amazon Go, but inside a smart shopping cart. It’s pretty simple: The battery-powered cart features a touchscreen where the shopper enters their phone number, adds items to the cart and then uses the screen to pay at the end. The technology can personalize your visit, showing you what you bought last, available coupons and also has a built-in weighing scale for purchasing produce. It also knows which aisle you are in and will recommend items based on your shopping habits. Siddiqui and Sadiq piloted their cart with retailers and converted some into multiyear contracts, including Albertsons earlier this year. “What we eventually realized is there are core product offerings and bigger value propositions beyond checkout with the screen in front of the customers as they move around the store,” Siddiqui said. “You can reimagine the entire shopping experience rather than just focus only on checkout. The opportunity prospects are how retailers create a more engaging shopping experience around personalization, upsell, cross-sell coupons and deals near the shopper.” Now thanks to a cash infusion of $6.7 million, Siddiqui believes Veeve can solve this problem in two ways: with its full shopping cart model and the new Plug&Play device that can be clipped onto existing shopping carts to turn them into smart carts. The new round was co-led by Foothill Ventures and Creative Ventures and included XRC Labs, Food Retail Ventures and existing investor FlyingFish Ventures. In total, the company raised $8.9 million, which includes a seed round from November 2019. There has been a lot of grocery technology aiming to make the shopping experience better, from scanning to the cameras alluded to earlier. Smart cart technology is not new; there are some others with similar approaches, including Shopic, and Amazon itself has the Dash Cart and Instacart acquired self-checkout startup Caper AI in 2021. However, Siddiqui noted that some retailers were hesitant to stick with some. For example, Wegmans discontinued its scan-and-go app in September following concerns around theft. At one time, Walmart did the same. Where he feels Veeve pulls away from the others is some of its features, including a lighter cart with a basket size that holds two times more than competitors, a more powerful battery that can run 18 hours a day and a weather-resistant design so it is easier to roll the carts out the parking lot. In addition, retailers can integrate their Retail Media Networks, where you see all the digital ads, into the Veeve carts. The company doubled its revenue from last year and Siddiqui expects that to grow to 4x or 5x that for next year. Veeve wasn’t planning on going after new funding, but after securing contracts with large retailers that had hundreds of stores and thousands of carts needed, the company’s founders realized additional funding would accelerate deployment timelines, Siddiqui said. The new funding will go into enabling more computer vision-related experiences, for example, around product recognition in aisles and addressing loss prevention. “By the end of next year, we will have thousands of carts deployed all over North America,” Siddiqui said. “Over the next 12 months we will be aggressively deploying our carts, improving the checkout experience and creating better Retail Media Network integrations.” Veeve bags $6.7M to turn shopping carts into smart ones by Christine Hall originally published on TechCrunch