Urine luck: these CES startups want to take a closer look at your waste 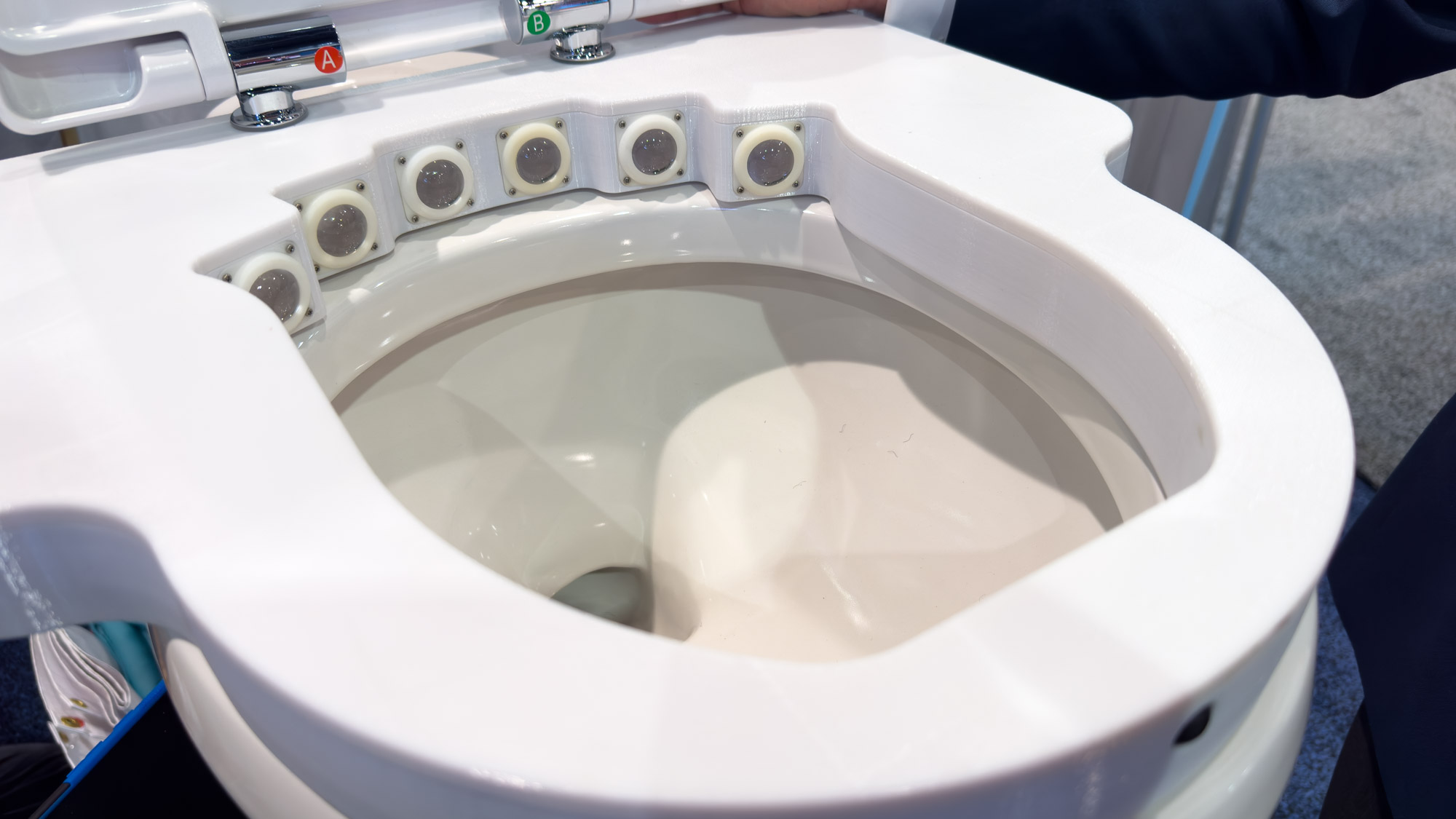 Here are a few to keep an eye on:

Withings-u-scan-2 Health hardware company Withings this week released the U-Scan in Europe, and announced it is working with the FDA to secure an U.S. launch as well. The product uses a hands-free system that can take up to three months worth of measurements with a single cartridge.

20230105-IMG_2466-1 Israeli startup Olive recently raised a $10 million round of funding, and promises to use optics-only to analyze urine. The company uses a a special toilet seat, no strips or additional accessories required. It is initially aiming at care homes and vulnerable populations, but is hoping to find a user base across a number of healthcare sectors.

20230105-IMG_2460 Vivoo has been making at-home urine test strips for a long time, and it showed off the next iteration of its business, with a smart toilet. It’s aimed at residential carie, elderly, and healthcare markets. It gives a convenient alternative for users who may struggle to perform urine testing with hand-held urine strips. We can only imagine it was feeling a little awkward about its “world first” marketing messaging at its booth. Especially given that the Vivoo booth was right next to Withing’s, where it was showing off how it had beaten the ‘world first’ to market. The product is a prototype, with a broader roll-out in the not-too-distant future. The company raised a $6 million Series A fundraise in June 2021. The round was led by Draper Associates.

20230106-IMG_2533 Don’t worry, it wasn’t all urine at CES this year. We also found SZM – Special Zone Master – which promises to do ‘visual analysis’ of your other favorite bodily waste – poop. The company promises to analyze stool shapes and color, record the time and frequency of your bowel movements, and detect the presence of blood as well. “Just by taking a closer look at the stool, we can find the first signs of a health problem and take action before it is too late,” the company said in its marketing materials. We were curious to learn more, but the company’s founders where nowhere to be found – presumably, they were taking a well-deserved restroom break. It wasn’t entirely clear how far along the Korean startup was in its journey toward bringing its tech to a toilet seat near you. ces-2023-banner-75 Urine luck: these CES startups want to take a closer look at your waste by Haje Jan Kamps originally published on TechCrunch