Uber and Motional to launch robotaxis across US over 10 years 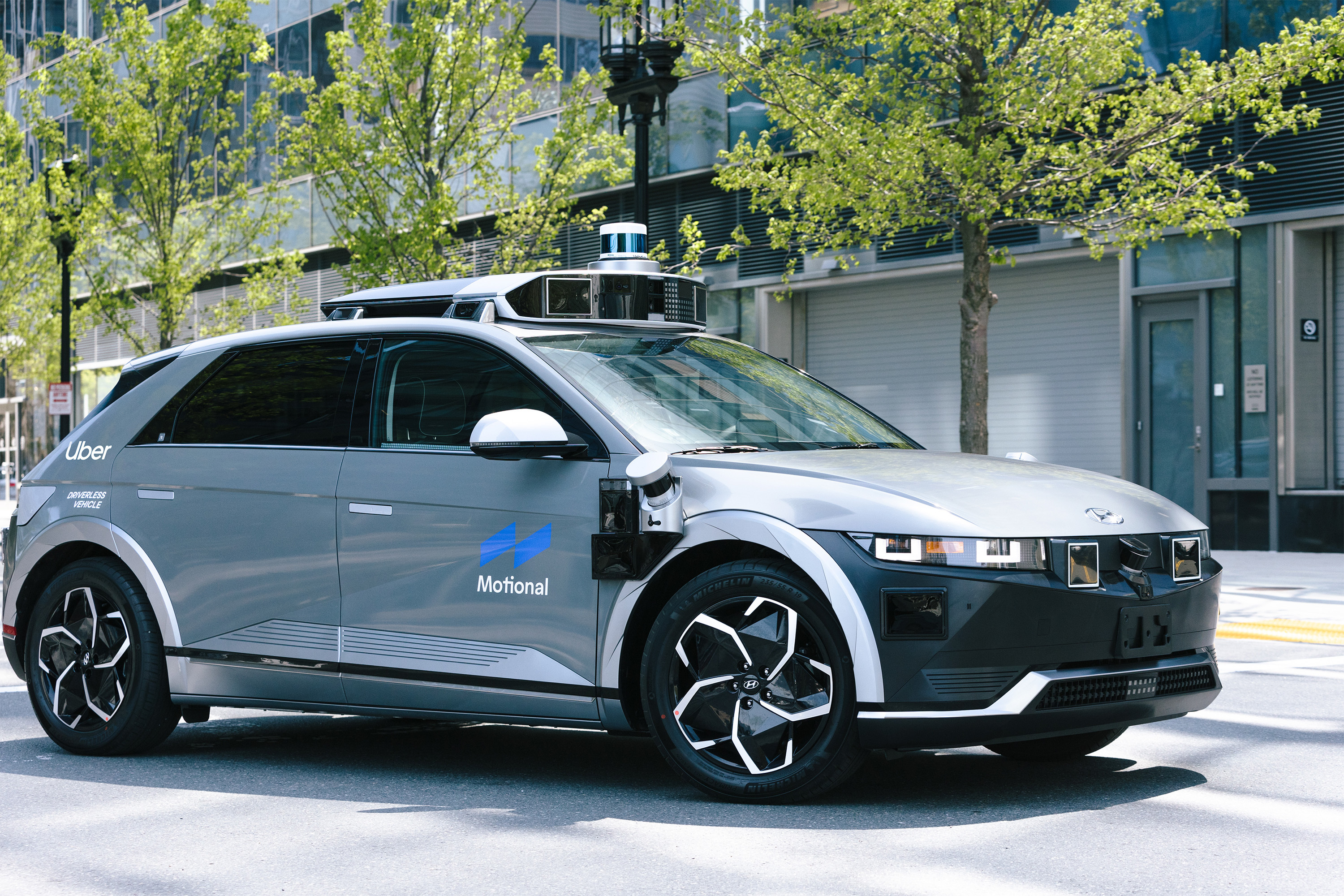 Motional, the Aptiv-Hyundai joint venture commercializing self-driving vehicle tech, will put its robotaxis on the Uber network later this year as part of a 10-year operating agreement that will eventually roll out to major cities across North America. The deal comes a year after the two companies struck a partnership to test autonomous delivery in Santa Monica, California using Motional’s autonomous vehicles. As with the delivery pilot, the new agreement will feature Motional’s all-electric Hyundai Ioniq 5-based autonomous vehicles. Uber and Motional have not disclosed where it will launch first. The move nods to Uber’s strategy, or rather wish, to one day make ride-hail profitable — first by being an “asset-light” company that relies on gig workers driving their own personal vehicles; and now by cutting out some gig workers. ( Uber says it doesn’t intend for AVs to replace drivers and couriers altogether and that it will need a hybrid network well into the future.) Automated driving technology has for a long time been a part of Uber’s end game. The company started its own self-driving unit, Uber ATG, in 2015, but found it to not only be a money pit, but also a brand hazard after one of Uber’s test AVs (with a human operator behind the wheel) hit and killed a pedestrian. Uber sold the unit off to Aurora in 2020 as part of a complex deal that included handing over its equity in ATG and investing $400 million into the AV tech startup. The agreement gave Uber a 26% stake in Aurora, which has since dragged down the ride-hailing company’s balance sheet. Now, Uber seems to be attempting to avoid the costs of designing and training self-driving cars while still enjoying the benefits of them to its bottom line — and without the added risk to its share price. As part of the partnership, Uber will use its reams of data to share insights on how to allocate and position Motional’s vehicles to hail the most rides and reduce vehicle downtime and unnecessary miles traveled. “Rather than building AVs ourselves, we’ve decided to bring AV developers fleets onto our network,” Noah Zych, global head of autonomous mobility and delivery at Uber. told TechCrunch. “While it won’t happen overnight, we expect autonomous vehicles to be an increasingly important part of the transportation ecosystem and therefore Uber’s business over time.” While Uber Freight has partnered with Aurora to deliver goods for customers via self-driving trucks, no robotaxi partnerships have materialized between the two yet. However, Zych said Uber’s mobility business is partnering with multiple third-party autonomous companies, including Aurora, to build “a safe, reliable and efficient network for Uber customers.” Uber has been working with Motional since May this year when the two began piloting autonomous delivery for Uber Eats in California, which Motional says has since expanded to include more restaurants. That might give us a clue where the companies will first launch a robotaxi service together, since Motional already has a permit to test its AVs — with a safety driver — in California. The startup told TechCrunch it has also applied for a driverless testing permit with the CA Department of Motor Vehicles, has begun drivered testing in Southern California last year and hopes to expand testing to include driverless operation. Las Vegas is another probable location. Motional has been testing for years in Las Vegas and recently launched a free robotaxi service on the Lyft network. The two companies plan to reach a full-scale commercial launch by 2023, something that’s still in the works despite Motional shacking up with Lyft’s competition. Motional also launched in spring 2022 a robotaxi service in Las Vegas with on-demand and transit tech service Via. “We believe ride-hails, and their vast networks of millions of riders, are the best way to scale driverless technology,” Akshay Jaising, Motional’s VP of commercialization, told TechCrunch. “Partnership allows us to focus on what we do best, building safe and smart autonomous vehicles that can be deployed at scale, rather than trying to build a network. Plus, with integrated networks, consumers don’t have to toggle between multiple apps. They’re able to go to one app to find a ride that’s most convenient for them, whether that’s a robotaxi or traditional vehicle. It’s a better experience for the end-customer.” Other AV companies, like Ford-backed Argo AI, are following a similar strategy of partnering up with existing ride-hail networks. In fact, Argo is running two commercial robotaxi operations on the Lyft network in Miami and, as of last week, Austin. Meanwhile, companies like Waymo and Cruise are also plugging along on the commercial robotaxi track. Cruise launched its own fully driverless ride-hail service (without a human behind the wheel) in San Francisco this summer, and aims to launch in Phoenix and Austin by the end of the year. Waymo is also offering a commercial robotaxi service in San Francisco, although safety drivers are present in Waymo’s rides. The company has been offering a fully autonomous commercial ride-hail service in Chandler, just outside of Phoenix, since 2020 and recently expanded its driverless program in the city. Uber and Motional to launch robotaxis across US over 10 years by Rebecca Bellan originally published on TechCrunch