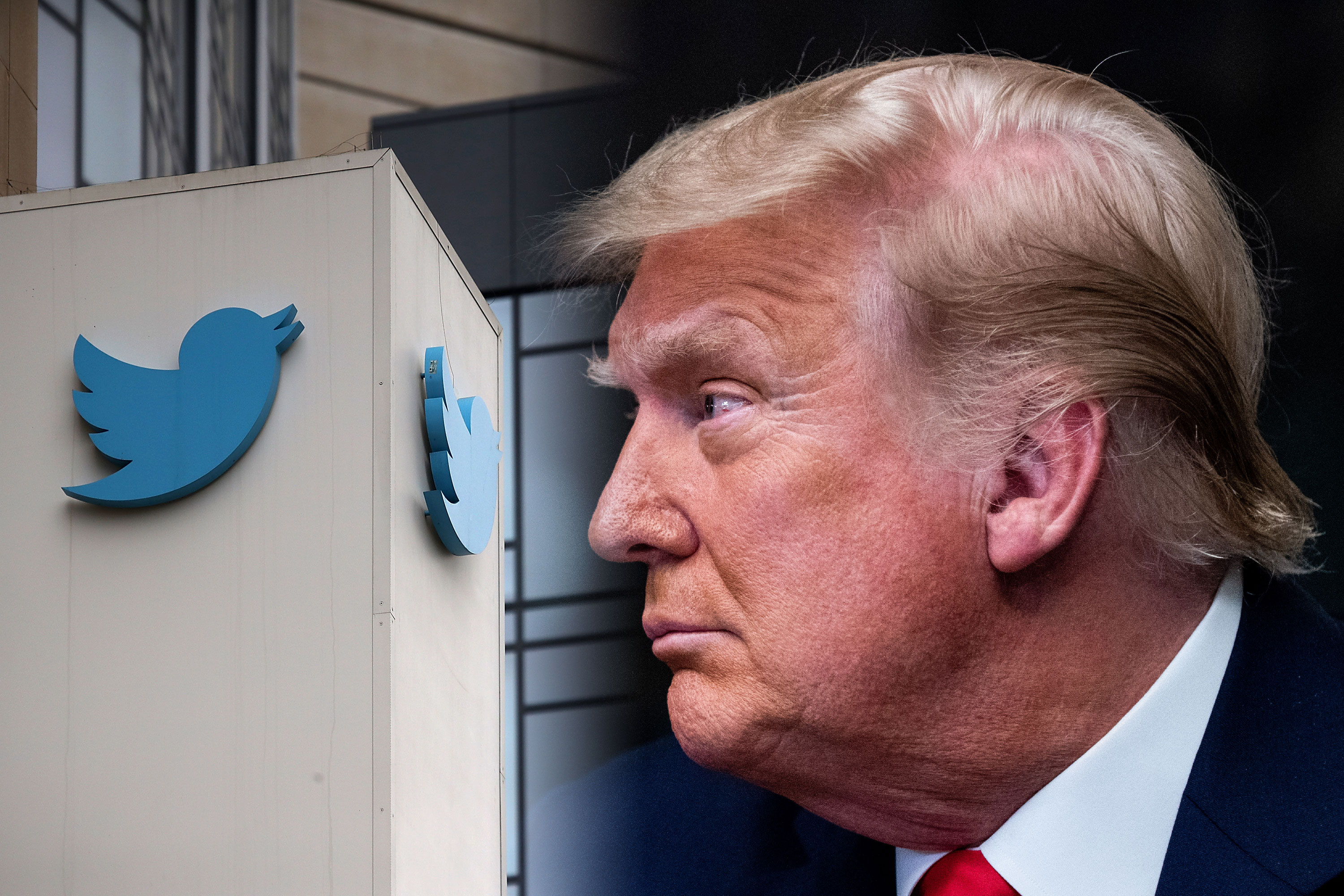 On Friday, new Twitter owner Elon Musk posted a poll asking if Trump should be allowed back on the platform. Just over 15 million people voted, with 51.8% voting in favor of reinstating Trump on Twitter. When the poll ended on Saturday, Trump’s account was unbanned. “The people have spoken. Trump will be reinstated,” Musk tweeted. “Vox Populi, Vox Dei.” Trump’s controversial ban took place days after the January 6 riots on the U.S. Capitol, in which insurrectionists violently attempted to overturn the results of the 2020 presidential election. “After close review of recent Tweets from the @realDonaldTrump account and the context around them — specifically how they are being received and interpreted on and off Twitter — we have permanently suspended the account due to the risk of further incitement of violence,” Twitter wrote in a January 2021 blog post. Still, it is unclear whether the former president will actually return to Twitter. After he was deplatformed from mainstream social media networks like Twitter and Facebook, Trump created his own social platform called Truth Social. Missing Attachment “Vote now with positivity, but don’t worry, we aren’t going anywhere. Truth Social is special!” the former president posted on Truth Social this evening. Since taking over Twitter mere weeks ago, Elon Musk has already reversed suspensions on two high-profile accounts that were deplatformed for maliciously misgendering trans people: conservative satire publication The Babylon Bee and Jordan Peterson. He also reversed the ban on Kathy Griffin, a comedian who had impersonated Musk on Twitter. This story is developing…   Twitter reverses permanent ban on Donald Trump by Amanda Silberling originally published on TechCrunch