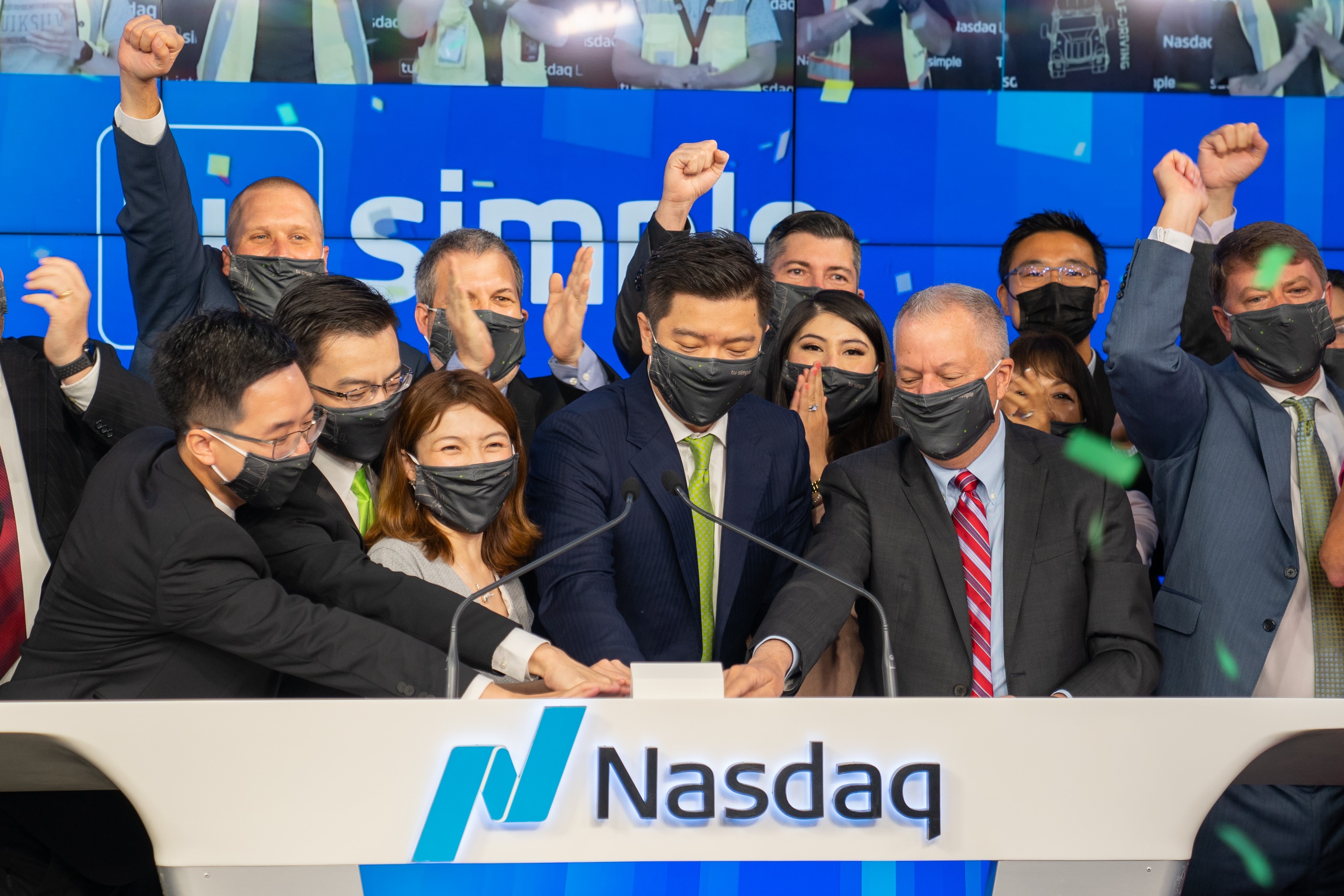 The firing came a day after The Wall Street Journal published a report citing unnamed sources that TuSimple was facing concurrent probes by the Federal Bureau of Investigation, Securities and Exchange Commission and Committee on Foreign Investment in the U.S. (CFIUS). The investigation is apparently focused on TuSimple’s relationship with Hydron, a hydrogen-powered trucking company led by TuSimple co-founder Chen and backed by Chinese investors. Hydron’s website lists its headquarters as Canada. It is incorporated in China, Hong Kong and Delaware. Shares of TuSimple plummeted more than 45% in trading Monday. The board said in the filing that based on information obtained in an ongoing investigation by its audit committee, employees spent paid hours working on matters for Hydron in 2021. That work had an estimated value of less than $300,000 and was not presented to, or approved by, the audit committee, according to the board. The board also believes that during 2022 the company shared confidential information with Hydron and its partners as part of an evaluation of Hydron as a potential OEM partner. Some insiders told TechCrunch that the firing seemed more political and about Hou’s management style than news of an investigation. Sources, who asked not to be named, said they were unaware of any investigations. Hou defended himself in a post on LinkedIn, stating the board voted to remove him without cause. “My motivation has always been and continues to be chasing that visionary dream,” Hou wrote. “The painful truth is that on Oct. 30, the Board voted to remove me as CEO and Chairman of the Board without Cause. Unfortunately, the Board’s processes and conclusions have been questionable at best. As the facts come to light, I am confident that my decisions as CEO and Chairman, and our vision for TuSimple, will be vindicated.” CFIUS had investigated TuSimple in the past, largely over concerns of an investment by Sun Dream, an affiliate of Sina Corporation, which runs China’s biggest microblogging platform Sina Weibo. Sun Dream is TuSimple’s largest shareholder, with 20% Class A shares. Charles Chao and Bonnie Yi Zhang, respectively the CEO and CFO of Weibo, were both members of TuSimple’s board. In February, TuSimple entered into a national security agreement with CFIUS, agreeing to limit access to certain data, adopt a technology control plan, appoint a security officer and director, establish a government security committee of the board and periodically meet with and report to certain CFIUS monitoring agencies. Chao and Zhang also agreed not to stand for reelection as part of the agreement. TuSimple also set out to sell off its Asia operations. That unit has yet to be sold. Ersin Yumer, TuSimple’s executive VP of operations, will be interim CEO and president while an executive search is conducted, according to the filing. TuSimple’s lead independent director Brad Buss will now be chairman. The board said it is also actively engaged in the search to add new independent members. These actions have been taken in connection with an ongoing investigation led by the audit committee of the board that led the board to conclude that a change of chief executive officer was necessary. TuSimple CEO and co-founder fired by board over ties to Chinese startup Hydron by Kirsten Korosec originally published on TechCrunch