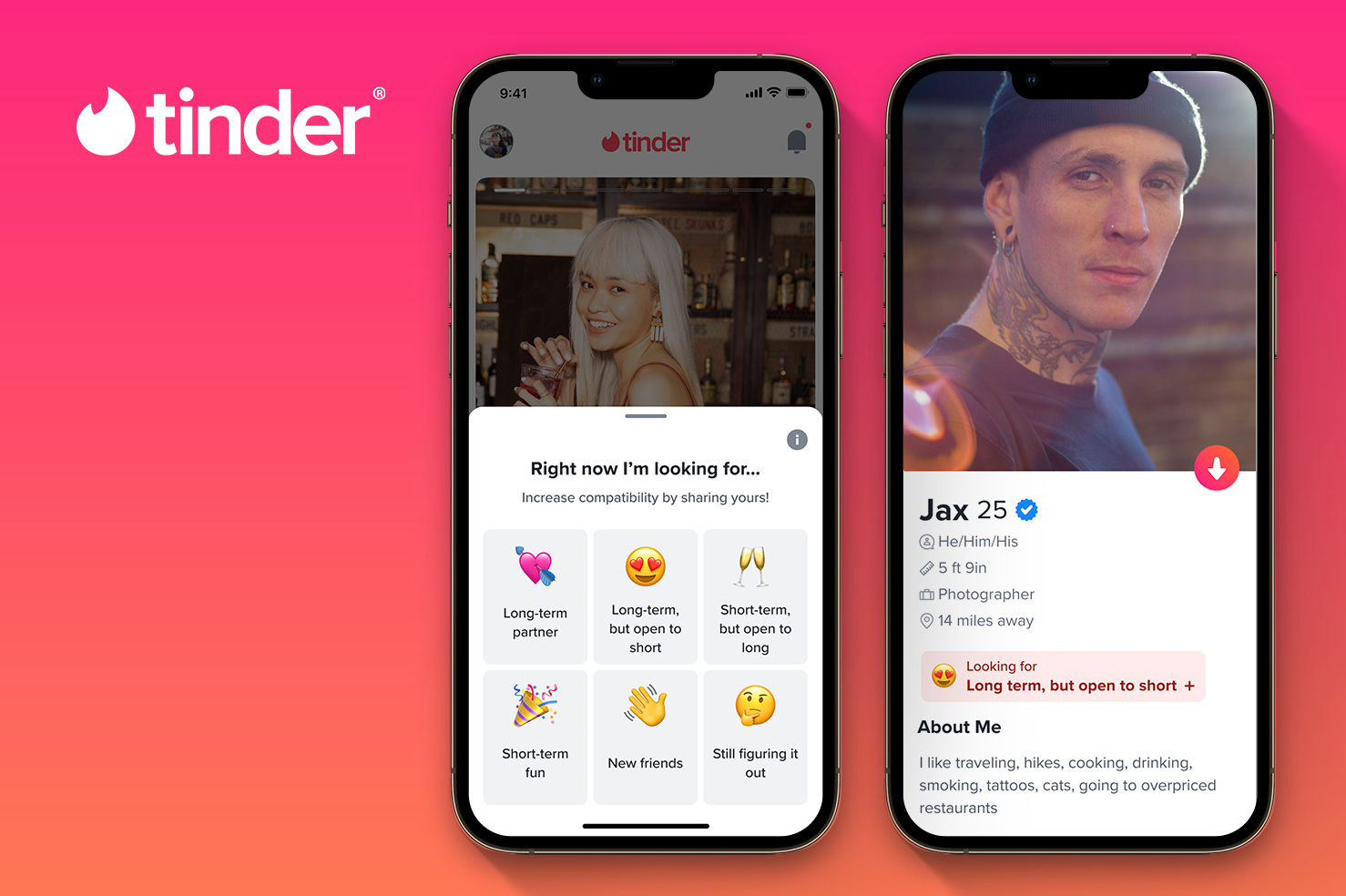 Tinder’s new addition aims to help users find connections that better align with what they’re looking for. Users can go to settings to add a Relationship Goal to their profile. As shown in the image above, each option comes with an emoji and is displayed as a colorful banner on the top of your profile, above the “About Me” section. The app will also have new weekly check-in prompts to remind users that they can change their Relationship Goals selection if their opinion on dating has shifted. Starting today, the feature is starting to roll out to users in many countries, including the U.S., and will become available to everyone on January 5, 2023. “This feature was developed in response to a shift we’ve seen among our members. Young singles, who make up a majority of Tinder, are increasingly becoming more intentional with who they spend their time with. In fact, 72% of Tinder members said they’re looking for someone who knows what they want,” Kyle Miller, Vice President of Core Product at Tinder, said in a statement. When testing “Relationship Goals,” Tinder found that over 50% of users opted to use the feature option on their profile, the company wrote in today’s announcement. Match Group, which owns Tinder, launched a similar profile feature on Hinge earlier this year called “Dating Intentions,” letting users display on their profile what they want in a relationship, such as “life partner,” “long-term,” “long-term, open to short-term,” “short-term, open to long-term,” “short-term” and “figuring out my dating goals.” Tinder now has these same options, except for “life partner,” which was replaced with “new friends” and “short-term fun,” since Tinder is often used for hookups and situationships. According to Tinder’s 2022 “Year in Swipe” report, more than half of Tinder users are 18-25 years old, with many young daters swaying towards casual dating—a.k.a. situationships. More recently, Tinder’s sister dating app, Hinge, launched a “Relationship Type” feature that allows users to add either “monogamous,” “non-monogamous” or “figuring out my relationship type” to their profiles. It’s unknown if Tinder plans to launch a similar feature. However, this could help non-monogamous users find like-minded matches on more traditional dating apps that tend to skew towards monogamous dating. Tinder launches ‘Relationship Goals’ to follow in sister dating app Hinge’s footsteps by Lauren Forristal originally published on TechCrunch