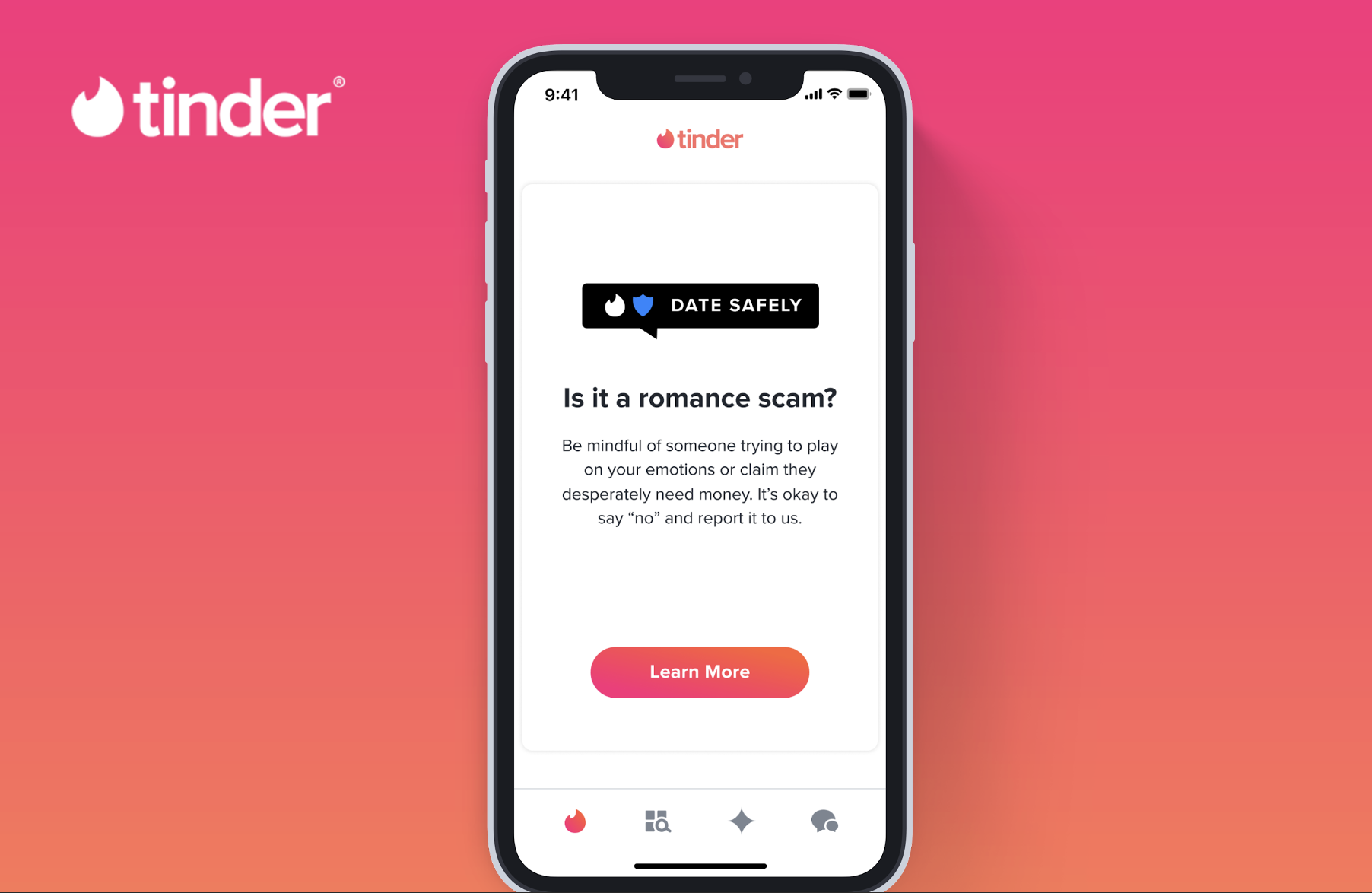 Tinder and French online dating app Meetic will prompt users with in-app messages with tips and common behaviors to watch out for. Suggestions include making sure potential matches have their profile picture verified, video chatting with them before meeting in person and learning how to recognize scammer red flags. Meanwhile, Match, Hinge, Plenty of Fish and OurTime will send out emails and message notifications to users with the same scam-related tips. Starting today, the global public awareness campaign will roll out in over 15 countries, including the United States, Canada, the U.K., India, Australia, Japan, Germany, France, Spain and Italy. It will last throughout the month of January, but Match Group told TechCrunch it will work to continue pushing the messages to users periodically. Missing Attachment “Scammers will often play the long game,” Buddy Loomis, Senior Director of Law Enforcement Operations and Investigations at Match Group told TechCrunch. “They want to really capture the victim’s confidence and trust, and they’ll spend a lot of time with them talking back and forth…that’s how scammers build a relationship with that person and make them feel safe. [Then] they’ll ask for money for either a child’s medical bill, visa or plane ticket.” Another red flag is when a scammer wants to chat via third-party platforms, which usually means they want to chat on an app that isn’t as moderated. Match Group recently launched a feature across its apps that send users popup messages with safety tips if certain words are detected in the conversation. More and more online daters become victims of romance scams, and the number only continues to rise. In 2021, the Federal Trade Commission reported that consumers lost a staggering $547 million. The Global Anti-Scam Organization provided data showing that the average reported loss in the U.S. was $186,169 in 2022, up from $120,754 in 2021, Match Group wrote in today’s announcement. While there are many tools that Match Group dating apps use to catch fraudulent and suspicious profiles, there are still people using these apps to scam and steal from users. Loomis points out that romance scams and other related incidents are significantly underreported, so hopefully the new message alerts with help that side of the issue too. “One of the big messages here is to raise awareness around this type of scam and remove that stigma of reporting. We want members to feel safe and have more come in whether that’s proactive where they haven’t been victimized and had any loss of monetary value, or after,” she added. Match Group encourages users to report incidents on the platform they’re using as well as contact local law enforcement. The company’s new dating safety campaign comes almost a year after Netflix released “The Tinder Swindler,” a true crime documentary that centers around Israeli conman Simon Leviev tricking women on the dating app to send him money. Since the documentary premiered in February 2022, Tinder has launched various safety features, such as Garbo-powered background checks and a feature that prevents bad actors from using the “unmatch” feature to hide from victims. Tinder and other Match dating apps will offer in-app tips on avoiding romance scams by Lauren Forristal originally published on TechCrunch