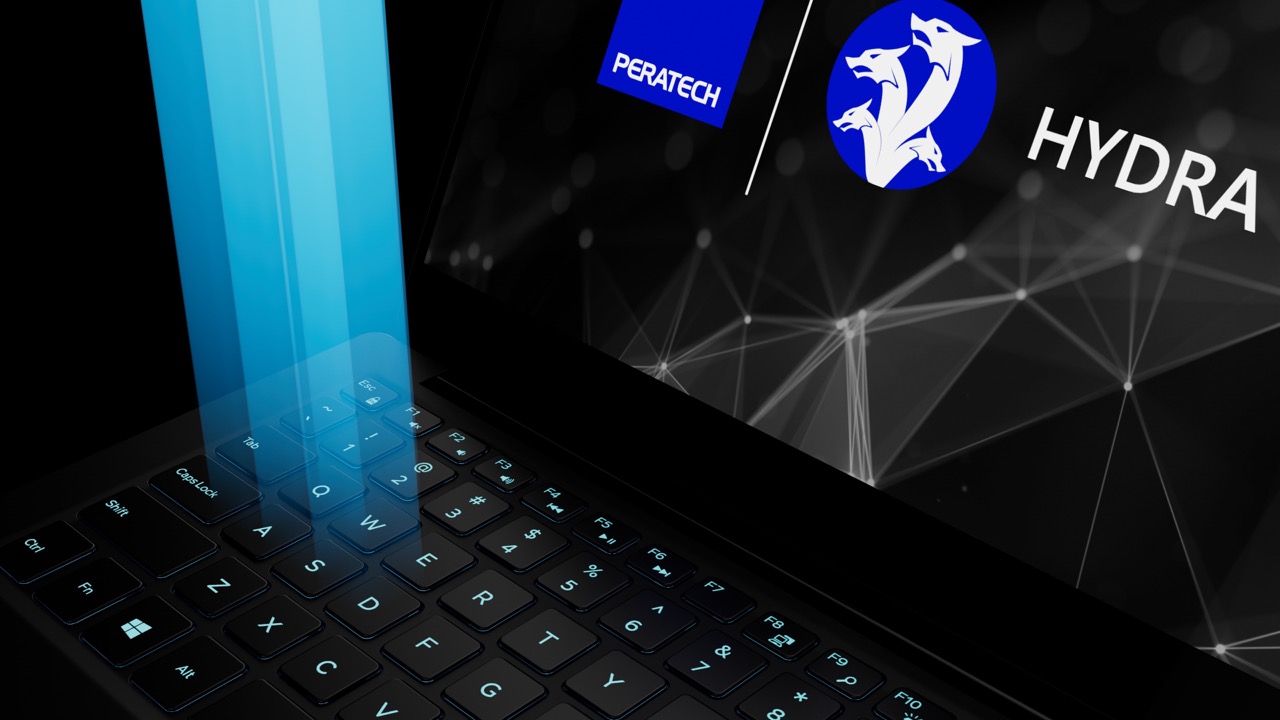 “We just launched a force-sensing keyboard. It’s not just the keys; it’s a user experience. We created a user interface that is both an application and a game bar widget so that new users can have out-of-the-box simplicity, and serious gamers get advanced controls to take the mechanics of using the keyboard,” explains Jon Stark, CEO at Peratech. “With our keyboards you have a tactile feedback loop. The keyboard knows how hard you press, and you can change that pressure profile. Say you want to have really progressive acceleration at first because you tend to hit the gas too hard when you go around corners: The profile is configurable, and influencers can configure and deliver those profiles to people, creating engagement with other followers. It goes beyond just delivering force and delivering a great user experience: I’m talking about community-based user-experience content that drives engagement and simplicity.” The force feedback tech can be found in Lenovo’s Legion 7i and 7 gaming notebooks, which launched over the summer. To me, Lenovo isn’t necessarily the first brand that pops to mind when I think “gaming laptops,” but as a company, Peratech had a connection they could work to make these keyboards show up out in the real world. “We have had a long relationship with Lenovo, and they really wanted to do something with the Legion to elevate it and innovate. It isn’t just for games; as we expand to a full notebook, other opportunities appeared. It works with video editing really well, for example,” says Stark, and he uses scrubbing through a video timeline as an example. “Imagine that as you scrub slower, might want want to zoom in at the same time. Imagine being able to do that just with one button and control that speed with your finger. And as you’re moving faster and pressing harder it zooms out. We are making controls where expert users would be really good with two hands, jumping back and forth to a mouse. We’re taking that cognitive load of doing all those activities and putting them into users’ hands where they can really focus on the content.” Legion_7i_Gen7_Hero_Front_Facing_with_Peratech_Hydra-Large The team hopes that its keyboard becomes another tool in the gamers’ tool belt for increased immersion and enjoyment when gaming. “If you have a steering wheel that is basically for F1 or Forza, you have all the controls of an F1 car, but you also have all the complexity of an F1. It is immersive. But if you then go to play Call of Duty or GTA or Witcher, you have to unplug all of that and grab a joystick. And if you’re moving from flying to walking or driving to walking — it’s kind of impossible, and something like a steering wheel makes you sort of a one-game player,” Stark points out. “The other thing to note is that you can’t use these controllers on a plane. You can’t use them on a bus. You can’t use them in a coffee shop. And so for those who are buying a notebook, that makes a really big difference.” The laptop keyboards have 400 or so levels of pressure, which the company claims gives users a large amount of fine control. The keyboards use a thin-film layer that sits within the mechanical key structure. Between 25 and 300 microns thick, the company claims its tech can be built into pretty much every keyboard out there. “Whar we do is we take the signal [from the keyboard] and we drive that through our force control processor. Here, we condition the signal so it’s really easy for the computer electronics to use. We also use Windows-native driver. So it’s not like the PC feels it’s being hacked or you need this specialty API. We’re using keyboard, joystick, mouse, trackpad, track stick and other drivers to be able to give that experience through a keyboard: We disaggregate the input from the way you actually use an on/off switch on a keyboard,” says Stark. “So we offer a better keyboard experience.” The company’s tech can be described as software-enabled hardware, or hardware-enabled software, depending on the level of integration it has with a keyboard manufacturer. Peratech told me a story of how it was able to design a redesign for an existing keyboard design in CAD in just four days. “There are a couple of different [microcontroller] chips that you could use. Depending on the architecture of the computer, you can use the embedded controller on the main board, and we have applications of both with Lenovo,” explains Stark. “You do need to have an ADC that captures the data, and then we have some processing that needs to happen, where we process the signal. And that’s what gives you the full dynamic range that you’re looking for.” The company’s keyboard line is a pivot from its tech originally developed for smartphones, designed to add force feedback to smartphone screens. Obviously, the company is hoping the tech will catch on and show up in more applications in the near future; the team was tight-lipped on exactly where and when we might see it turn up next, but it suggested there might be automotive and smart home applications in the pipeline. For now, the Lenovo laptops are the easiest place to try it out — look for the “Force Sensor Technology” to see whether Peratech’s technology lives in its innards somewhere. This startup is bringing precision control for gamers to the humble keyboard by Haje Jan Kamps originally published on TechCrunch