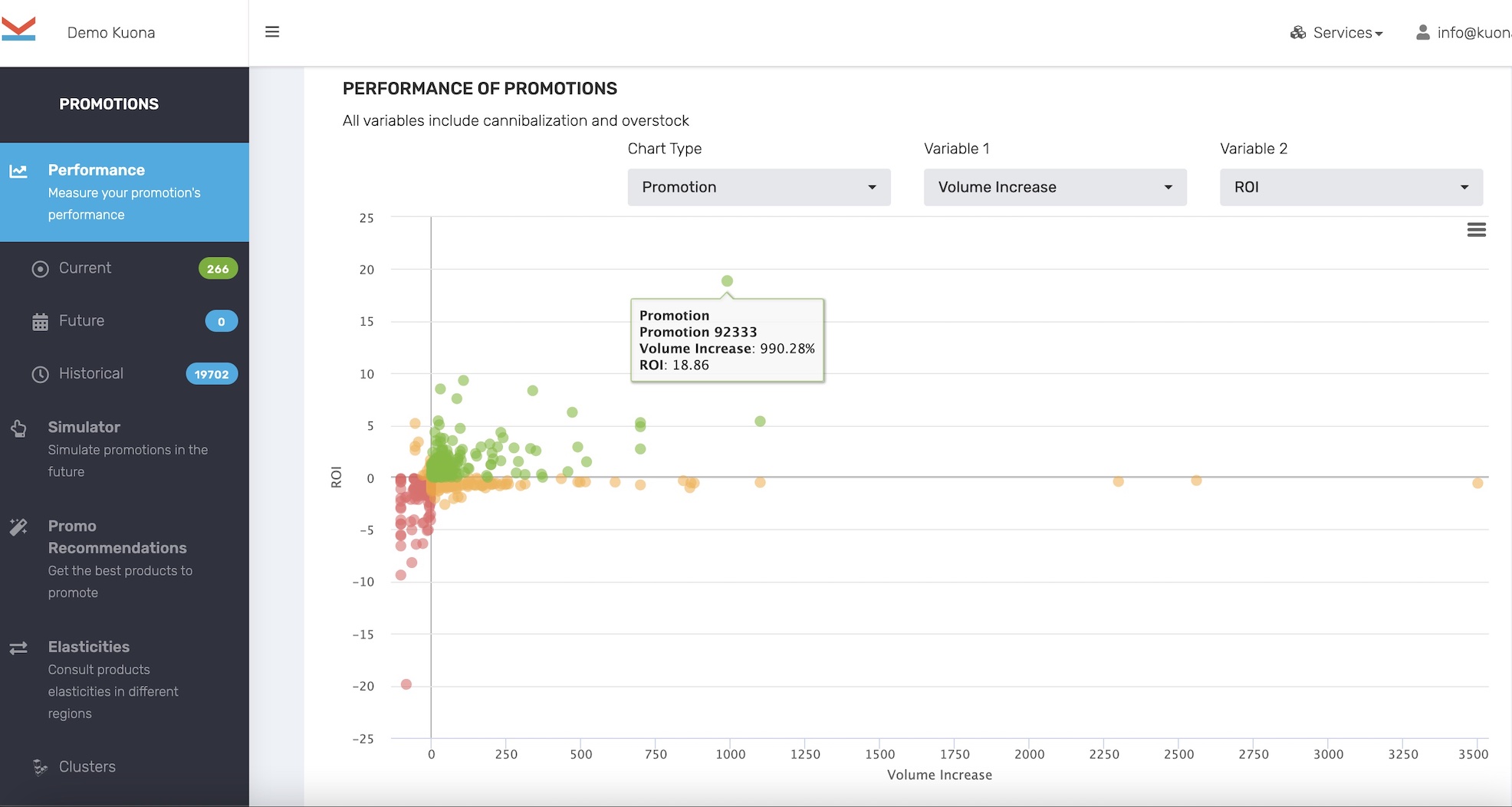 Enter Kuona, a Mexico-based SaaS company using machine learning to look across all of those promotions to show consumer packaged goods companies and retailers which ones are doing well and to automatically optimize product prices and inventories in connection with the promotions. Seeing the challenges around pricing and promotions, Chema Sanroman and Agustín Magaña, who have backgrounds in data science, artificial intelligence and CPG revenue and pricing, started Kuona in 2017. Here’s how it works: Kuona developed data-driven tools to predict demand and track customer behavior. The tools integrate with company data in real time and leverage neural networks for simulations to increase return on investment of promotions while also maintaining or increasing sales. “Our tool helps them understand what’s working and what’s not,” CEO Sanroman told TechCrunch. “It also gives them a picture of what has been working in the past, the present and then allows them to plan for the future.” Currently, Kuona operates in the United States, Mexico, Peru and Ecuador and just opened an office in Brazil. It offers two products, including its price and promotion optimization and Perfect Order, which helps companies reduce the number of returns and out-of-stock items per point of sale. The company has doubled its revenue and customers for each of the past two years and is already profitable. It counts on its list of 15 to 20 customers global entities like Coca-Cola and OXXO convenience stores. Today, it announced $6 million of seed capital in a round led by Cometa and including Seaya Cathay Latam and FEMSA Ventures. The new investment gives Kuona around $7.2 million in total funding. Sanroman intends to deploy the new funding into continued expansion of its team and geographical presence in Latin America and the United States as well as establishing a team in Europe, where it already has some connections. This startup bagged $6M to show you which promotions bring ROI and which don’t by Christine Hall originally published on TechCrunch