This robotic dog can walk over just about any terrain 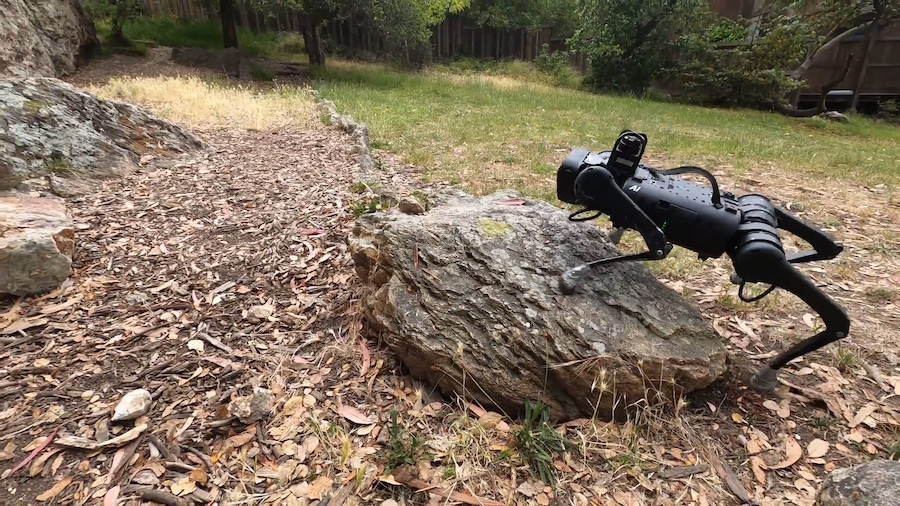 A team comprised of researchers at Carnegie Mellon and UC Berkeley have developed their own system for teaching these sorts of robots to make their way over tough ground. The list includes stairs, curbs and uneven and slippery terrain. Rather than relying on the more standardized method of using cameras to map the world in front of them, the team trained the roots using simulators: four thousand virtual clones were sent on their way across all manner of different terrain.

The researchers say the method allowed them to effectively reproduce six years of walking experience in a single 24-hour period. The data collected in the simulations was then fed into a neural network and loaded on the robot. With the on-board learning, the system can react to its environment in real time and adjust its legs accordingly. The team claims that the system can bring down the cost of robots substantially. “This system uses vision and feedback from the body directly as input to output commands to the robot’s motors,” researcher Ananye Agarwal said in a post tied to the research. “This technique allows the system to be very robust in the real world. If it slips on stairs, it can recover. It can go into unknown environments and adapt.” Assistant professor Deepak Pathak says the system works in similar ways to real animals like cats. “Four-legged animals have a memory that enables their hind legs to track the front legs. Our system works in a similar fashion.” In additional to being able to climb stairs nearly its own height, the system is also able to operate in the dark, though the vision system is still required for improved performance. This robotic dog can walk over just about any terrain by Brian Heater originally published on TechCrunch