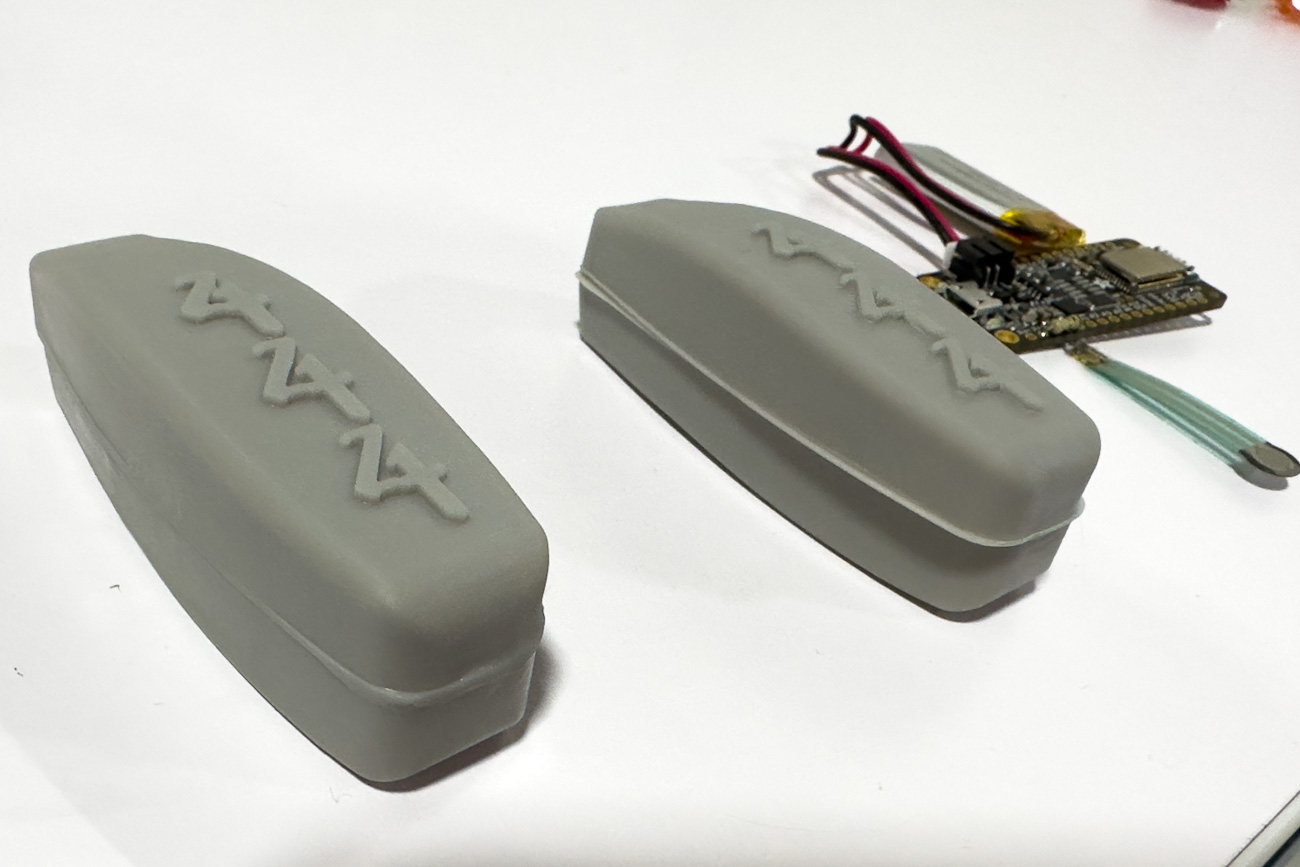 “We called the company 444 because our target market is college women between the ages of 18 and 24. A very popular trend right now is Angel numbers. And 444 is an angel number that stands for protection,” Logan tells TechCrunch in an interview. “We are a self-defense company, so the name ties in very well with our company and our mission of self protection.”   The company is at the very earliest stages of its development; the prototype it showed at CES was a 3d printed prototype, and a early prototype PCB – more of a proof of concept than an actual product so far. The ultimate plan is to include a pepper spray aerosol and a Bluetooth transmitter that connects to a phone. If the pepper spray is deployed, the device signals to the would-be-victim’s phone, which then sends a message along with the current location to a number of pre-defined phone numbers.

“I see all these women carrying pepper spray devices. They’re normally large, pink, and bulky. They are just pieces of plastic that end up just being thrown in the backpack or in a purse. In a time of danger, they can’t get it in time,” says Logan, explaining that they designed a clip that makes it easier to carry in a place that’s available. “The clip attaches directly onto the user, whether that’s their sports bra if they’re going for a run, or their belt if they’re just walking around campus. So no matter what, it is an arm’s length away, and you’re not fumbling around to get in a time of danger. When they activate their device, not only will they have six to nine seconds of spray time, but their current location will also be sent to up to 10 contacts of their choosing through an app installed on their phone.” The company believes that this second line of defense – texting the contacts – is very important, and claims it has customer discovery interviews to back that up. The target price point for the device is around $35 per unit. That’s significantly cheaper than, say, the fashion bracelets from Flare, but a lot more expensive than the $7 Amazon charges for the big, pink, and bulky pepper sprays the company is replacing.

We were a little curious to find two men at the helm of a company targeting women, but the founder says he doesn’t see a conflict there. “We went through a program called iCOR at the University of Michigan, which was a three-to-four-month course. We each interviewed 15 or so of our target demographic every week, and asked them what they like, what they don’t like, why they use self-defense, why they don’t use self-defense,” Logan says, dismissing the question as to whether it would perhaps have made sense to add a woman or two to the founding team. “We asked them whether they look at each other’s current location and if they’re tracking each other, things like that. Our company and product were shaped by that customer discovery work.” Far is it from me to discourage a couple of young entrepreneurs from following their dreams, but given that smartphones are starting to have more and more sophisticated emergency response measures built-in, I’m wondering if there’s really a space in the market for this product – doubly so given that it can’t communicate with emergency services or friends on its own, but needs to be Bluetooth-tethered to a smartphone. As a 6-foot-4, martial arts-trained ex-cop, I’m willing to admit that it’s possible I’m being blinded by privilege in this case, so perhaps take my criticism with a fistful of sodium chloride. Having said that, everything I know about self-defense screams ‘keep it simple.’ A $7 canister of pepper spray in one hand and a phone in the other seems more reliable than the solution 444 is outlining with its vision for a safer future. ces-2023-banner-63 This pepper spray will phone your friends as you mace your assailants by Haje Jan Kamps originally published on TechCrunch