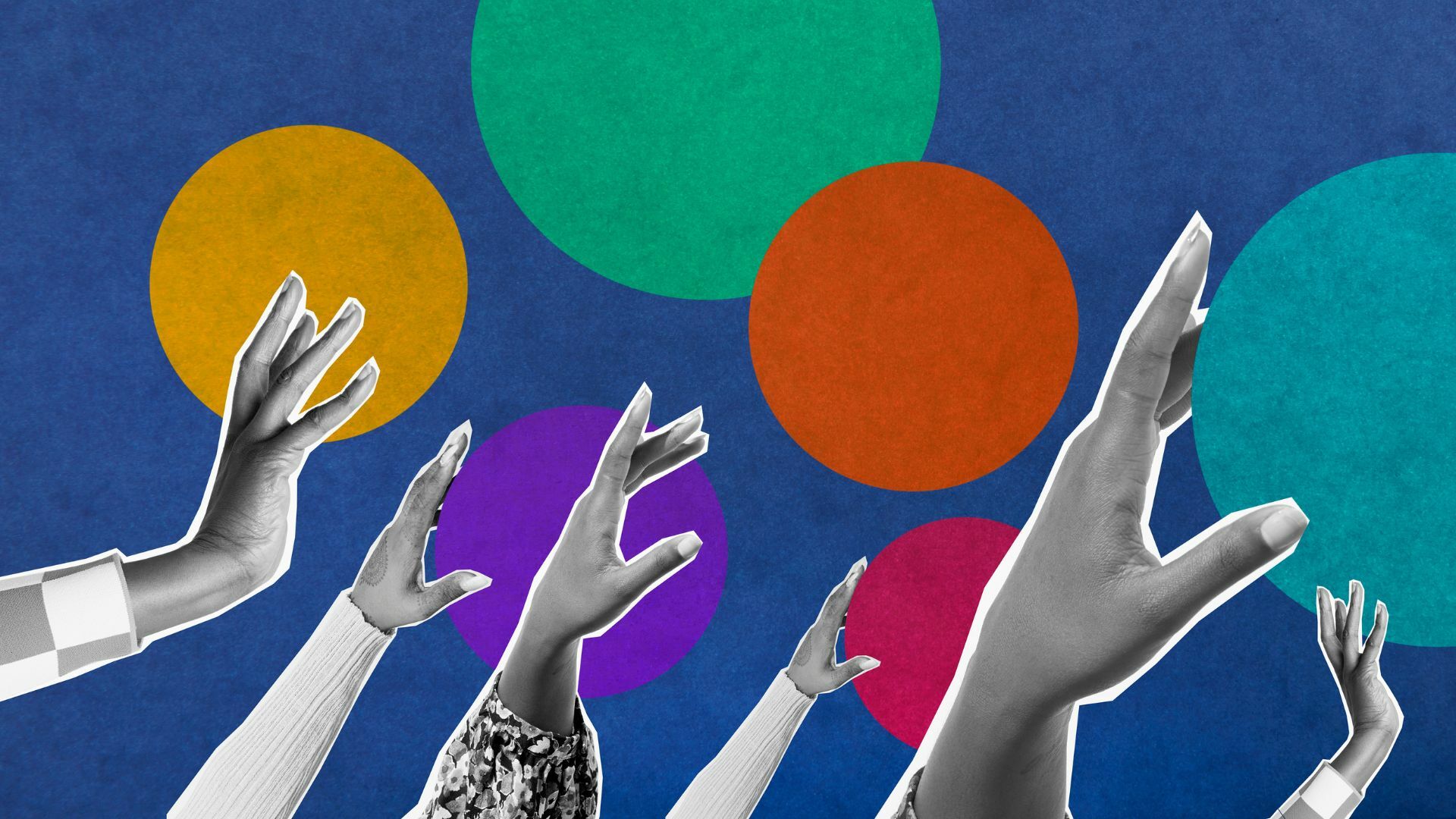 The tech industry is facing turmoil at this time, with mass layoffs affecting thousands of employees. But the undercurrents of the industry, for those remaining and those fighting to remain, are just as turbulent. For marginalized people who work in technology, the battle is nearly constant: to be recognized, to progress, and to endure in a field that is laced with bias and exclusion. For people of color, women, LGTBQ people, and those who have been historically discriminated against, working in tech continues to be difficult. These issues range from lack of diversity in the workplace; a dearth of well-being practices in the office; less opportunities for progression; disparities in salary — the list can and does go on. Recent data paints a sombre picture of the repercussions impacting those in tech. Statistics from Wiley-Edge, a leading talent and re-skill training partner, published their U.S.-based Diversity in Tech report in September and found that half of Gen-Z tech workers feel uncomfortable in their jobs because of identifying factors such as gender, race, ethnicity, socio-economic background, or having a neurodevelopmental condition. The aforementioned statistic only rises when it comes to women and LGBTQ workers, of whom 55 percent and 56 percent respectively said they feel uncomfortable in their workplaces. Meanwhile, 61 percent of Black respondents said they feel uncomfortable in their workplaces. Research shows that Black tech workers move jobs more frequently than their peers in their quest to seek progression in their professional lives. When it comes to why young professionals surveyed left their roles, 20 percent cited a lack of belonging in the tech industry at large. There is a disconnect here: a large chunk of businesses — 57 percent — said they “work hard” to implement an inclusive culture within their companies, as evidenced by growing interest in DEI (diversity, equity, and inclusion) arms within corporations. Despite movements to combat harmful work practices and foster healthier working conditions, some struggles have remained the same, leading to low retention rates and marginalized people fleeing their jobs for greener pastures. What it appears to come down to, fundamentally, is support — or lack thereof. The tech industry is in need of inherent solidarity, allyship, and values that champion necessary change. For marginalized people in the industry, such values are the key to prevailing. While conversations do seem to be growing in this space, few key organizations and individuals have taken discourse further, functioning with the very purpose of helping marginalized people thrive in tech. This goal manifests itself in various ways, whether it means helping tech workers obtain worthy positions or find their voices in an existing role. It also means looking deeper into the fabric of organizations — and removing stringent barriers that have existed for far too long.

Closing both wealth and opportunity gaps sits at the crux of Colorintech’s mission. Founded by Silicon Valley tech executive Dion McKenzie and ex-Google employee Ashleigh Ainsley in 2016, the organization was designed to increase representation of minorities in Europe’s tech economy. Their mission is to “make Europe the most inclusive tech hub in the world”. View this post on Instagram (opens in a new tab) This objective is executed by a variety of programs, built by Colorintech, that create access to companies such as Meta, Microsoft, eBay, and Salesforce – all of whom have partnered with the organization. These programs and courses fall into “pathways”: “Rise” is designed for entrepreneurs, “NXTgen” is focused on students, and “Advance” is shaped to support current professionals. For entrepreneurs, these programs look like a five-week course for underrepresented founders who have raised less than £500k (around $595k). These founders are advised by a network of experts and are coached on strategies to close deals, expand their customer base, and learn best sales practices. “Working to support minority groups in the UK and across Europe for the past five years, we have helped founders accelerate their ideas and learn best practices while gaining access to a community of fellow founders, investors and experts,” Ainsley tells Mashable.

NXTgen has several career accelerator programs with specially-designed curriculums around subjects like navigating applications to tech companies, utilizing personal branding, and other skills. Programs for professionals, on the other hand, are aimed at those who are mid-career, are marginalized in their respective workforce, and are looking for their next opportunity. For instance, a recently launched program is directed towards Black tech professionals, offering masterclasses and one-to-one career support in collaboration with communications company WPP. Black women account for just 0.7 percent of tech workers in the UK. These courses are “massive building blocks” for people, says Ainsley. He cites the worrying fact that Black workers “are so heavily underrepresented in the sector” that they currently account for less than three percent of the UK’s tech industry. Of that, Black women account for just 0.7 percent of tech workers in the UK. Colorintech has broached this subject broadly in their digital and in-person conference, Black Tech Fest, which this year saw over 5,000 professionals attend from across Europe.”By creating opportunities for powerful conversations around technology, inclusion and innovation, we’re on a mission to inspire those who are, or who wish, to embark on a career in technology,” he says.

Like countless others, Mo Kanjilal co-founded Watch This Sp_ce after working in the tech industry herself. While she reached a senior management role at a tech corporation, she faced “a lot of bullying behaviour and discrimination along the way”, including “being asked to make tea” to people ridiculing her name and throwing out “racist comments”. This set of experiences led her to set up the Brighton-based diversity and inclusion company with Allegra Chapman and Rachel Pearson.

Watch This Sp_ce wants companies to see the benefits of having inclusive teams. The organization operates like a consultancy, working with companies to initially conduct an “Inclusion Audit” in which they review every element of the way a firm works, then create a personalised roadmap for development and progress. Watch This Sp_ce works with a range of clientele, but Kanjilal focuses on tech companies because of her on passion in “changing the tech industry to be more diverse”.Kanjilal and her co-founders created an “inclusion framework”, which entails taking a holistic look at an organization, its leaders, staff, clients, and stakeholders. Within these key people, Watch This Sp_ce uses information like data analysis and interviews to examine reputation, goals, and objectives for inclusion and belonging, and the transformational actions needed to move forward. This evaluation helps tech companies to retain its employees by understanding “what changes they need to make and how to drive those changes,” as Kanjilal tells Mashable.