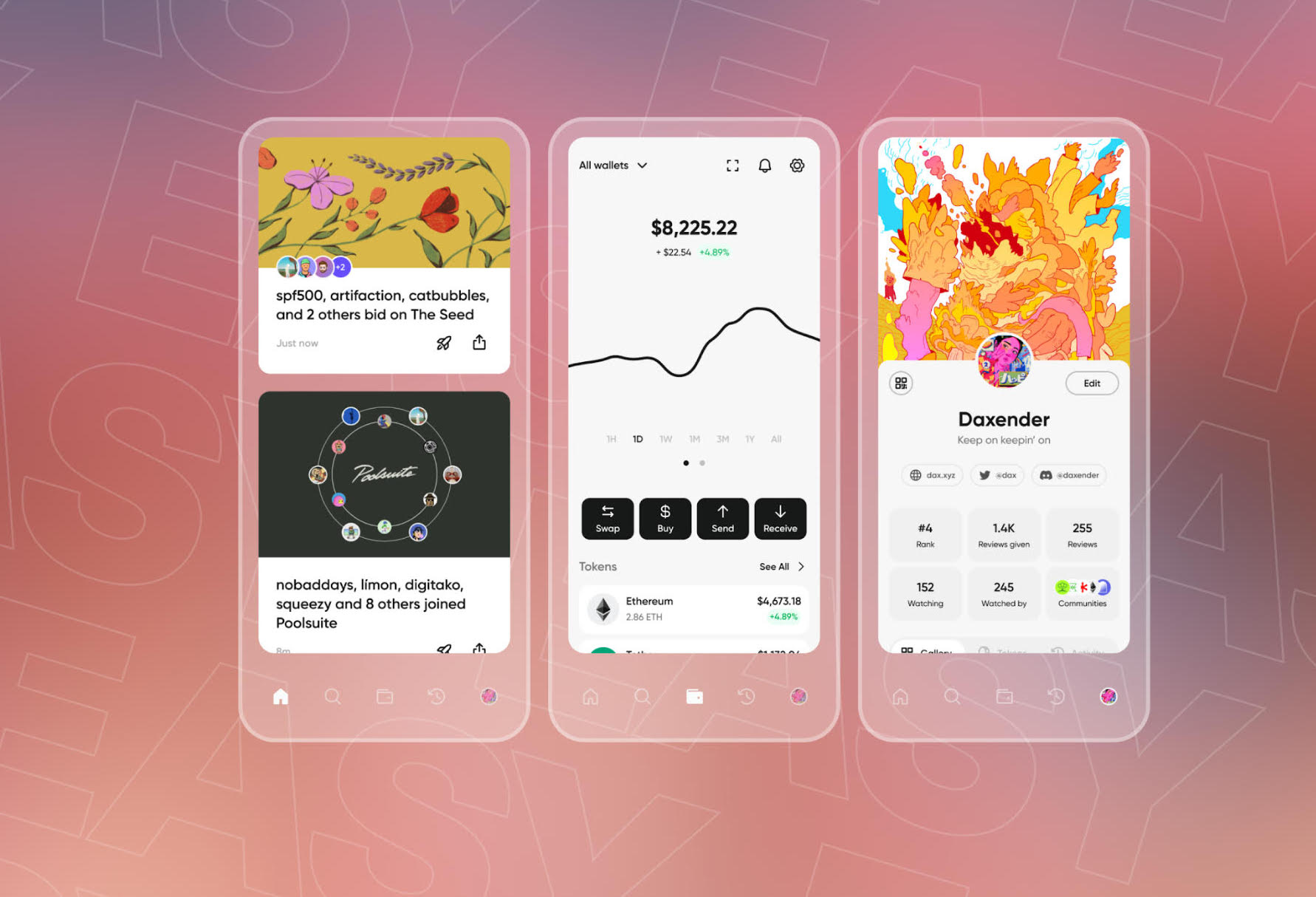 The Easy Company has raised $14.2 million in a seed round and launched its “social” crypto wallet to help onboard more mainstream audiences, it shared exclusively with TechCrunch. Easy aims to combine user-curated profiles with engaging social features so that people can search, navigate and discover the world of web3 on their own. Today, its beta wallet is available to the public on iOS and Android after completing a 30-day private testing phase, Mike Dougherty, co-founder and CEO of Easy, said to TechCrunch. “We’re very focused on building the consumer layer,” Dougherty said. “We thought of the next chapter of web3 by mainstream adoption and usability.” The funding round included Lobby Capital, Relay Ventures, 6th Man Ventures, Tapestry, Upside and Scribble, as well as angel investors from traditional social media and web3 groups like former heads of Instagram, Novi product and engineering and former executives from Airbnb, Twitter, Uber, OpenTable and Eventbrite, among others. “We want to deliver to the world a new way to engage with web3 but also a new digital wallet,” Kevin Swint, co-founder and chief product officer at The Easy Company, said to TechCrunch. “We think the digital wallet space is huge and hasn’t moved away from payments and it’s something we can grow quickly in.” A lot of web3 products and services today are too technical for the everyday person to use, Dougherty said. “If you look at the products and experiences in web3 they may be too technical and built by and for technical users. … We are shifting this to build a consumer product versus a tool, which leads to different design decisions.” The platform, which was demonstrated to TechCrunch over Zoom, had a similar layout to social media apps like Instagram through elements like showcasing of NFTs, where users can swipe to view both their own NFTs or NFTs of people they “watch,” like Instagram stories. The similarity was no accident, either, Swint said. “We have a couple key advisers from Instagram and we thought of ourselves as an Instagram-like experience for NFTs in a wallet.” While there are some traditional media elements in Easy’s wallet, it is “an embrace of both web3 and bringing some of web2 to that, rather than bringing web3 back to web2,” Swint noted. “The innovation around web3 is core to what we do. It’s a decentralized wallet; a lot of the wallet code is open sourced and we want to honor the web3 community to move the space forward.” The wallet also allows users to link their social identity from other sites and curate their profiles with their own NFTs from multiple wallet accounts and blockchains. There’s a rating system called Signal, which allows users to review anything from NFT collections to marketplaces and platforms — it also allows the community to flag possible fraud in an effort to increase safety. Separately, there’s a search function that allows users to look up terms like “bored” to see both members with that phrase in their name and collections like the Bored Ape Yacht Club. Easy was designed with cross-chain functionality, and currently is compatible with Ethereum and Polygon NFTs, with plans to have more blockchains in the future, Swint noted. In the app, people can also send crypto and tokens to profiles and real usernames, rather than a random variation of numbers and letters (which often make up one’s crypto wallet address), Swint said. “We started viewing the wallet as very strategic. The wallet is a personal companion that’s there with you on your journey at every step. The wallet itself can do a lot more to help us navigate, connect and stay safe,” Dougherty said. “We built Easy to be that wallet that we wanted to use that first day in web3.” The capital will be used to continue building out the social product, but also to expand blockchain support, Dougherty said. “We’re going to work hard on living up to the vision of ‘easy’ and making web3 as easy as what we’re used to in web2.” The Easy Company raised $14.2M to build an easy-to-use ‘social’ crypto wallet by Jacquelyn Melinek originally published on TechCrunch