The best tablet to buy for your kid 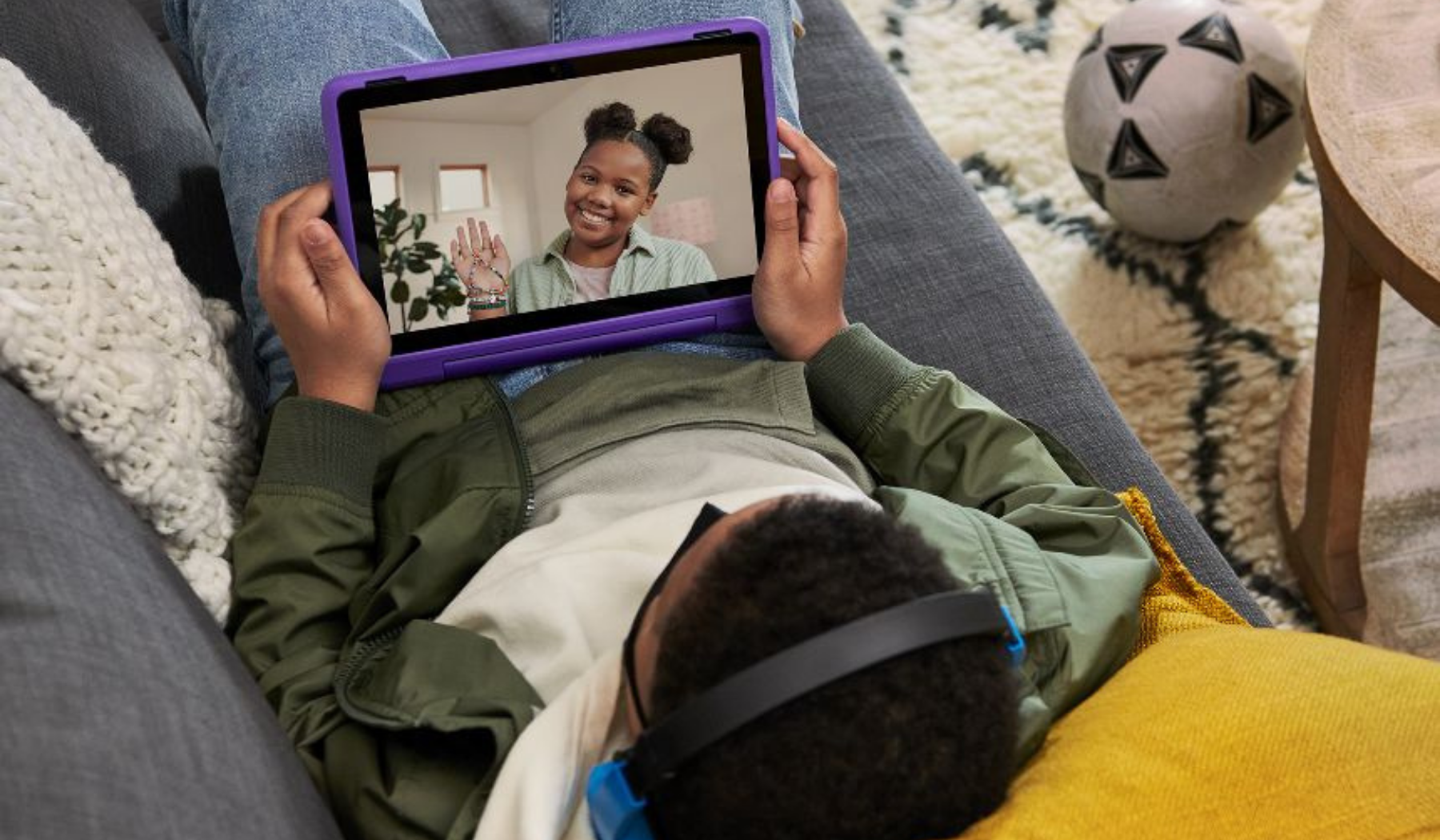 Technology has changed a lot since you were small. Your kids have probably mastered the features on your iPhone better than you have. So it’s fine to admit it: It’d be kinda sweet if they had something of their own so that your phone wasn’t perpetually doused in mystery slime. But too many restrictions or a hard “no” to devices at all could do more harm than good.Kids’ tablets could be the healthy balance between giving your kids the access to tech that they want without turning them into the kid having a meltdown over Roblox in the grocery store.

What’s going on in the world of screen time recommendations?

Kids’ tablets go far past keeping them occupied during a long car ride or a boring family gathering.Screen learning and screen time restrictions are increasingly popular points of study. Months and months of being penned up with little to do but stare at a screen hurled the issue to the forefront of parenting conversations. As it becomes clearer that remote learning and working aren’t wearing off, screen time could become a daily hurdle for more parents than it was pre-pandemic.Parents’ questions often boil down to “how much is too much?” Though this is rarely met with a definitive answer, recent research can at least shine a light on best practices.In April 2019, the World Health Organization issued much-anticipated guidelines around screen time for preschool-aged kids: One hour a day is the recommended maximum for children under 5. These suggestions are based on the idea that healthy cognitive development of young kids is built through face-to-face interaction. This lines up with recent research done at Vanderbilt University that suggests toddlers probably won’t learn much from a screen, anyway.But that learning disconnect often fades by age three. Just as they’re mastering talking, kids are also grasping that the character on the screen represents a real person — and that that person is teaching them something. Dr. Carolyn Jaynes, a learning designer at LeapFrog, explains in an Inc.com article: “This content often uses strategies such as repeating an idea, presenting images and sounds that capture attention, and using child rather than adult voices for the characters.” Kids are grasping that the character on the screen represents a real person — and that that person is teaching them something. One project by the Joan Ganz Cooney Center (a non-profit run by the people behind Sesame Street) compared literary assessments of kindergarten through third-grade students who had used tablets at school. The students who used tablets saw higher test scores than those who didn’t use tablets, and they were able to recognize 20% more vocabulary words due to an improved ability to recognize sounds and represent sounds as letters. A 2018 meta-analysis published in the Frontiers in Psychology journal found that the touchscreen learning effect was particularly beneficial for STEM through the memorable real-life experiments that physical swiping can mimic.Can we blame them? Interacting with content makes for a richer and more memorable experience. It just feels more like playing, and it’s not surprising that kids may be more willing to learn when it doesn’t feel forced. Besides, playing and imagination are the building blocks for creativity and empathy — so playing Toca Boca instead of doing multiplication is still building real-world skills.Dr. Michael Levine, founder of the Cooney Center, put some perspective on the difference between “learning time” and “mindless time:”

“The idea is not to have parents simply hand these devices over to their kids. Instead, the games and ebooks provide examples of hands-on activities that parents can do with their preschoolers in their kitchens and backyards to promote vocabulary and content knowledge in both languages, which helps build a solid foundation for life-long learning. …Instead of pushing screens away, it’s time to put them to use in a thoroughly modern way.

So yes, tablets are a great learning tool as long as they’re not a kid’s main source of learning. Kids will always need to be comfortable reading print books and doing math by hand. No arguing there. But tablets provide some real opportunities for self-sufficient, interactive learning that kids will definitely utilize in the future of education revolving around laptops.And sorry, kid-less people on Twitter who vow to never give their future kid a tablet — we can’t hear you over the sound of our uninterrupted Zoom meeting.

There is even less official screen time guidance for adolescents. But one prominent area of interest is socialization. Your kid who constantly wants to FaceTime a friend or squad up on multiplayer Fortnite might be onto something: A 2021 analysis by researchers at The University of Colorado Boulder uncovered some revealing relationships between social screen time and stronger peer relationships for kids between 9 and 10. The ability to hold hangout sessions virtually became blindingly crucial in the era of social distancing — but with or without the possibility of meeting up in real life, different types of gaming and online hangouts (from the typical console or computer gaming, to live streams on Twitch, to VR) are essentially cemented as part of the modern growing up experience. And when not relied on as the only means of bonding, they can be legitimate socialization tools. Video games, texting, and social media haven’t shaken the negative side effects that quickly come to mind. But the analysis mentions that these loose correlations aren’t necessarily causal, and that this study’s findings in particular don’t send a red flag that screen time effects are important at a clinical level.

How to choose the right tablet for your kid

Most tablets made specifically for kids will already be equipped with built-in parent accounts, timers, and pre-selected websites or apps that fall under appropriate age groups. Easy enough.General-purpose tablets aren’t a bad choice at all — many sites name the iPad as one of the best tablets for kids even though it’s technically for everyone. You’ll need to get creative to build a similar guidance net to the built-in parental controls that tablets specifically for kids bank on. Apple and Android have settings that can filter content or prevent purchases, but play-by-play supervision can be better achieved through a legit parental control app for iPads or Android tablets.Osmo is a neat iPad and Fire Tablet snap-on that can make the family tablet more kid-friendly. Moving a piece in real life moves it on screen, creating a cool mashup of your typical tablet game, hand-eye coordination, and problem-solving. Subjects include numbers, words, tangram, and art, plus extra packs for stuff like STEM or business-related math through a subject everyone cares about: pizza.images-74.fill_.size_2000x1476.v1637268905 Things to consider when shopping for a kids’ tablet:

Storage: They’ll probably have more apps than you do, and may need space for downloads like offline Disney+ movies, music, or some books for school.

The intensity of parental controls: It’s less panic-inducing to send your kid off with a tablet when you don’t have to guess what content they’re absorbing.

Rugged-ness: Because kids are as destructive as they are adorable and you’ll definitely feel better with a case that can handle some abuse.

Here are the best tablets to get for your kids in 2022: