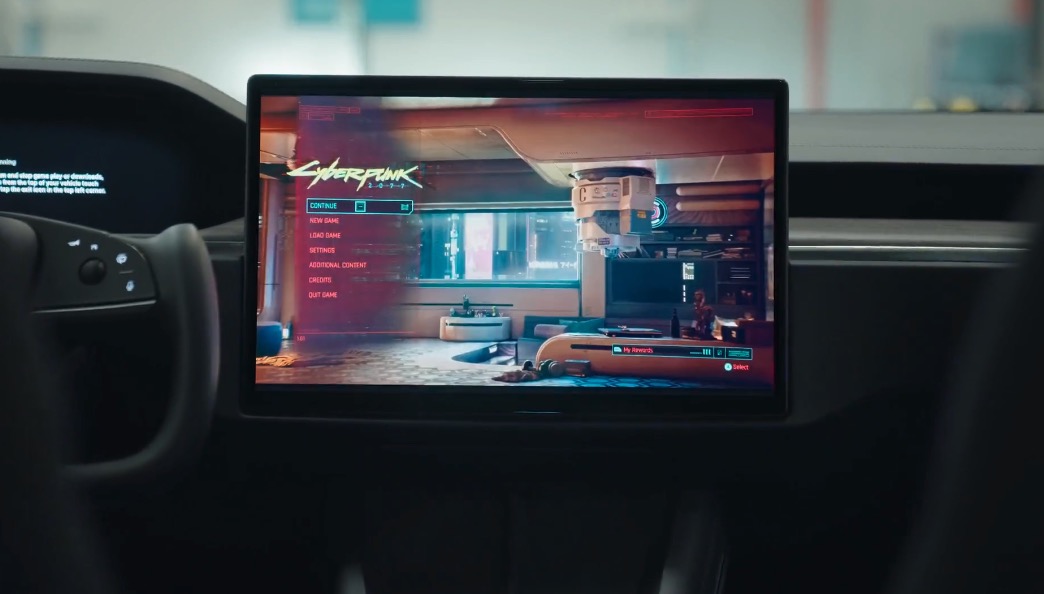 Elon Musk tweeted that Tesla was adding Steam support in July. The Beta version in this update even adds support for Steam’s cloud synchronization, allowing for games to be resumed in the vehicle or any Steam device. Better yet, the OTA update finally added Bluetooth support gaming controllers while using Arcade Mode. Tesla’s release notes state the PS5 controller works the best. But this update has something for everyone, too. There’s an updated Dog Mode that allows owners to access the in-vehicle camera from the mobile app. Media controls were relocated, and Apple Music and Zoom was added, too. Tesla also updated the navigation UI, pinning the next turn information window to the top of the screen while the rest of the navigation information is located at the bottom. Drivers can relive Mario Kart memories and drive on a rainbow road, turn signals can automatically turn off, and the door handles have new options while parked at home. And just in time for the holiday’s, Tesla’s long-popular light show mode now allows it to sync with other Tesla vehicles. Now, you and you buddies can line up your Tesla vehicles, and together, they’ll put on a show to the same song. Festive. Tesla’s latest OTA update adds Steam games, Apple Music, Zoom and a wild light show mode by Matt Burns originally published on TechCrunch