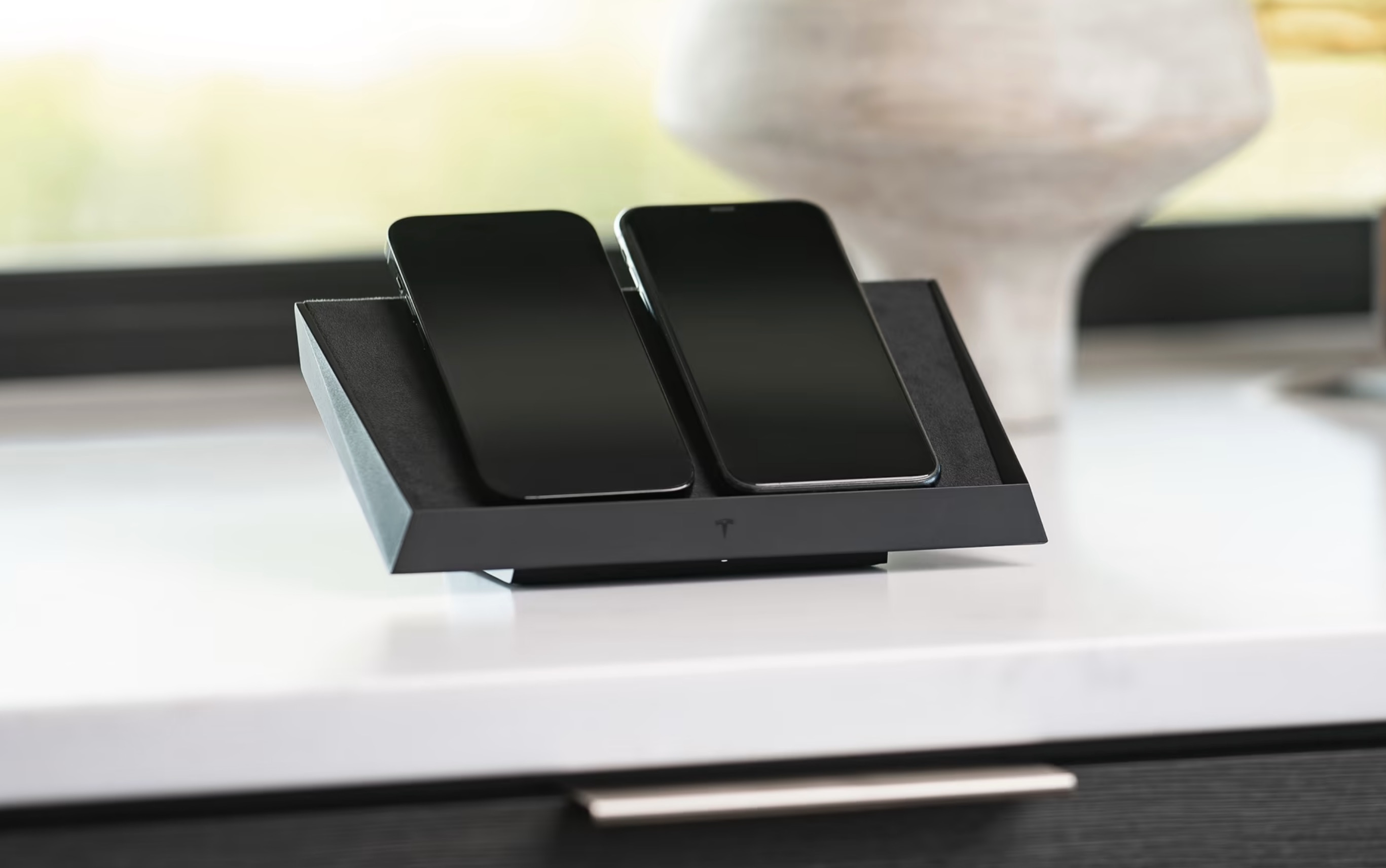 Inside the Cybertruck-inspired aluminum casing is a wireless charging platform called FreePower from a startup called Aira. This is the same platform used other multi-device charging mats like the Nomad Base Station Pro. This technology provides up to 15W of fast charging for up to three devices. Allegedly, users can just toss their devices on the alcantara surface, and no matter where they land, they’ll get recharged. This convenience doesn’t come cheap; the Wireless Charging Platform costs $300. Aira, the company that developed the recharging platform, was founded in 2017 and has since raised $16.M to date. Its latest fundraising came by way of angel investors in 2019 primarily led by private investors, including Jawad Ahsan, Lori Greiner and Robert Herjavec. At the time, the company said the funding was going to be used to reach beyond the consumer market, and allow the company to expand into enterprise, automotive, and hospitality. Tesla announces a $300 charging mat that can recharge 3 devices at once by Matt Burns originally published on TechCrunch