Sundial Foods is taking ‘chicken wings’ in a new direction 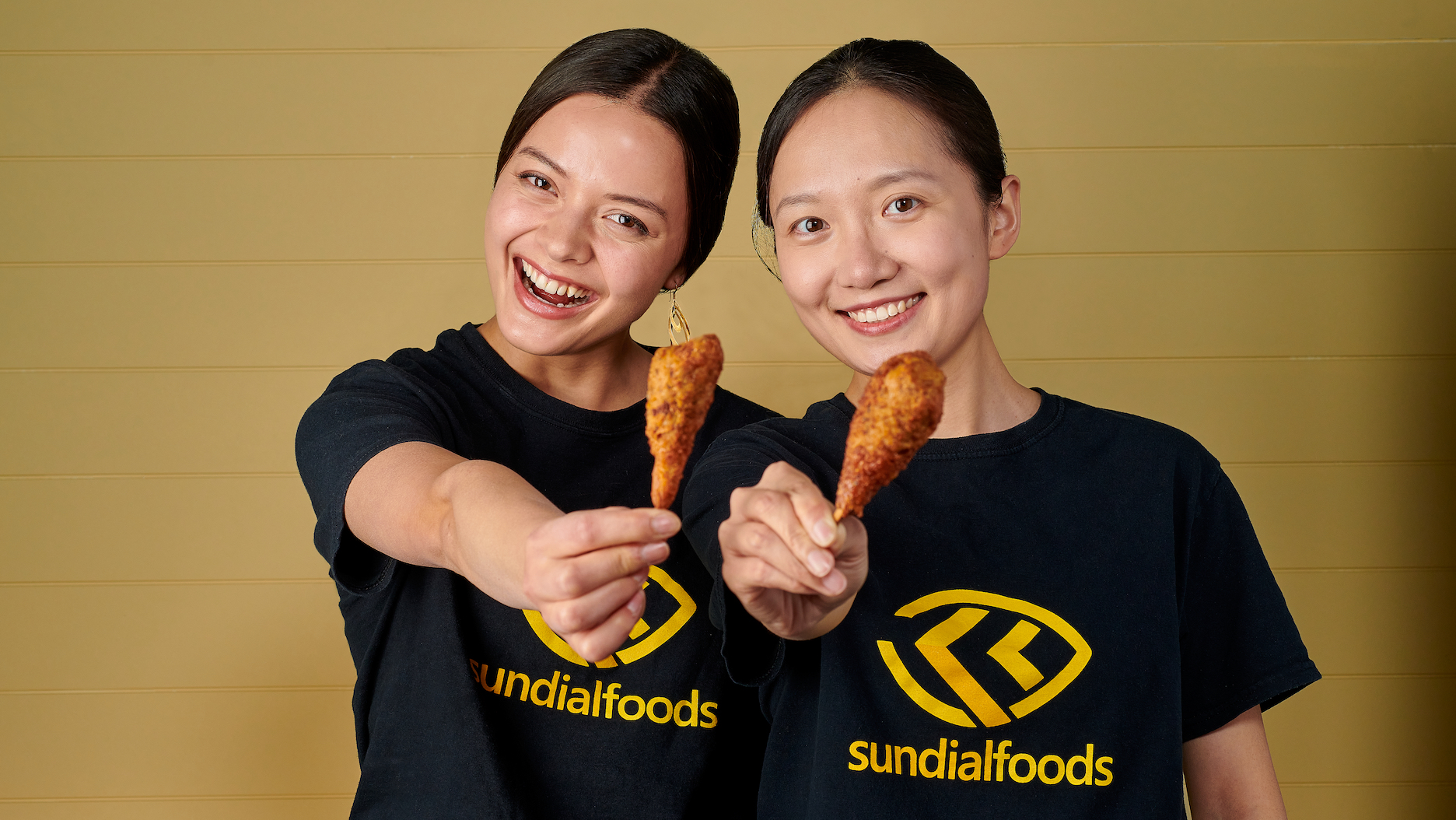 Co-founders Jessica Schwabach and Siwen Deng started the company in 2019 to create vegan chicken wings that look just like the traditional cut of meat. The pair met in U.C. Berkeley’s alternative meats program. “We were assigned to a project to try and solve the dryness problem of the alternative meat product,” Deng told TechCrunch. “We came up with this idea to apply a physical barrier on all sides to lock all the moisture and increase the juiciness.” What the co-founders were going for was the same fried food meat-eaters know, but with a fully plant-based skin, meat and bone. Their proprietary technology simulates a whole cut of meat, complete with similar texture and muscle structure. It is also made with ingredients like water, chickpeas and sunflower oil and contains more fiber and less saturated fat than chicken but about the same amount of protein. They went on to participate in the Nestlé R&D Accelerator in Switzerland where they were able to test their formula for the plant-based wings. This included a co-branded product with Nestlé’s plant-based food brand Garden Gourmet and test launch in more than 40 retail outlets across Switzerland. While exhibiting as part of the Battlefield 200 at TC Disrupt, they told TechCrunch that they are actively raising a Series A, — after raising a $4 million seed round in 2021 — and have plans to expand outside of foodservice and into retail early next year. Sundial Foods started its pilot line with restaurants. You can already find their wings in two locations in San Francisco, Farming Hope at Manny’s and Foghorn Taproom. Farming Hope at Manny’s is selling Sundial’s wings for $8 for two, meaning the price is about three times that of tradtional wings, which is currently about $1.68 per pound. “The demand is higher, right now than we can support, so we are moving to full-scale manufacturing,” Schwabach said in an interview. “We have already identified our manufacturing partner and will be working with them for the next six to eight months before going into retail next year.” The plan is to focus on local retailers initially and work on getting the volume, packaging and other items right before expanding into larger retailers. And, as they approach full-scale manufacturing, the co-founders say they will be working on meeting the price parity of chicken wings. Sundial Foods is taking ‘chicken wings’ in a new direction by Christine Hall originally published on TechCrunch