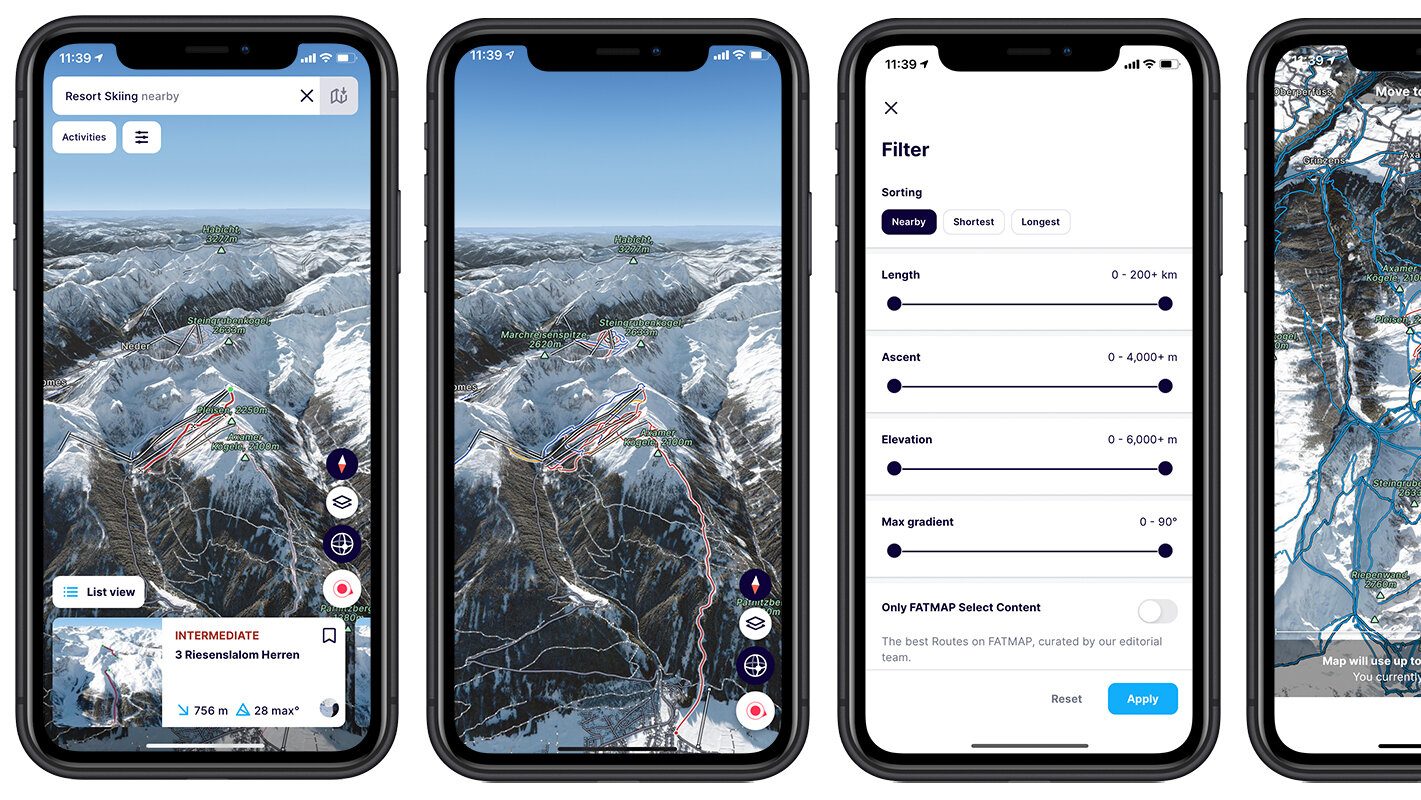 Founded in 2009, Strava has emerged as one of the preeminent activity tracking services, proving particularly popular in the cycling and running fraternities which use the Strava app to plot routes, converse with fellow athletes, and record all their action for posterity via GPS. The company has increasingly been targeting hikers too, and last year it launched a new trail sports and routes option aimed at walkers, mountain bikers, and trail runners. Fatmap, for its part, was founded a decade ago, with an initial focus on providing ski resorts with high-resolution digital maps. In the intervening years, the company has worked with various satellite and aerospace companies to bolster its platform with detailed maps incorporating summits, rivers, passes, paths, huts, and more, arming anyone venturing into mountainous terrain the information they need to know exactly what they’ll encounter before they arrive. ezgif.com-gif-maker1 With 1.6 million registered users, Fatmap’s mission, ultimately, is to be the Google Maps of the great outdoors, with a premium subscription ($30 / year) unlocking access to extra features such as downloadable maps and route planning in the mobile app.

The ultimate long-term goal for Strava is to integrate Fatmap’s core platform into Strava itself, but that will be a resource-intensive endeavor that won’t happen overnight. And that is why Strava is working to create a single sign-on (SSO) integration in the near-term, meaning that subscribers will be able to access the full Fatmap feature-set by logging into the Fatmap app with their Strava credentials. While Strava and Fatmap will remain separate products for now, Strava said that it will decide in the future whether Fatmap will live on as a standalone product once the technical integration has taken place. CEO and cofounder Michael Horvath, who stepped down in 2013 before returning as head honcho six years later, said that the Fatmap acquisition is part of Strava’s “ongoing investment to provide a best-in-class digital experience” for those seeking an active lifestyle. “Where other map platforms have been designed for navigating streets and cities, Fatmap built a map designed specifically to help people explore the outdoors,” Horvath told TechCrunch in a Q&A. “We will enable Fatmap technology in all of Strava’s services, empowering anyone to discover and plan an outdoor experience with curated local guides, points of interest and safety information.” In terms of timescales, Strava said that it has set up a dedicated team tasked with integrating Fatmap, and it anticipates this to start showing up inside Strava from around mid-2023. The company was also quick to stress that Fatmap’s tech will be available to both free and paid-for Strava members, though certain features relating to maps, discovery, and route-planning will be reserved for paying subscribers. Strava provided TechCrunch with the following mockup to give an idea of what Fatmap might look like inside a future incarnation of Strava. Strava-Fatmap-winter-map-record-screen Strava has raised north of $150 million in funding since its inception, with big-name backers including esteemed Silicon Valley investor Sequoia Capital, but the company hasn’t engaged in much acquisition activity in its 14 year history. Strava did acquire injury prevention app Recover Athletics last May for an undisclosed figure though, and today we’ve learned that Strava also bought online athlete community Prokit in 2021, something that Strava didn’t officially announce at the time. It’s clear that the proprietary 3D mapping technology Fatmap had developed would have taken too much time and resources for Strava to replicate itself from scratch, which is why buying Fatmap outright likely made more sense in this instance. “Strava’s primary goal is to be the digital experience at the center of active people’s lives — that includes offering people a holistic view of their active lifestyle, no matter where they live, which sport they love or what device they use,” Horvath said. “This concept fuels much of our strategic thinking and product roadmap. For acquisitions specifically, we explore those that can accelerate our strategic vision to create the best subscription service for active people serving the largest active community in the world.” While Fatmap is incorporated in the U.K. and has part of its workforce based there, the bulk of its 50 employees are spread across offices in France, Germany and Lithuania. Strava said that it’s keeping the Fatmap team in tact, and each will continue to report to Fatmap founder and CEO Misha Gopaul, who will now serve as VP of Product at Strava and report to Strava’s chief product and technology officer Steve Lloyd. While Strava isn’t revealing how much it paid for Fatmap, the startup had only raised around $8 million so the deal is unlikely to break the bank for Strava. What it will do, though, alongside its other two recent acquisitions, is make Strava a stickier proposition for a greater number of people — not just cycling and running for which Strava is better known. Strava acquires Fatmap, a 3D mapping platform for the great outdoors by Paul Sawers originally published on TechCrunch