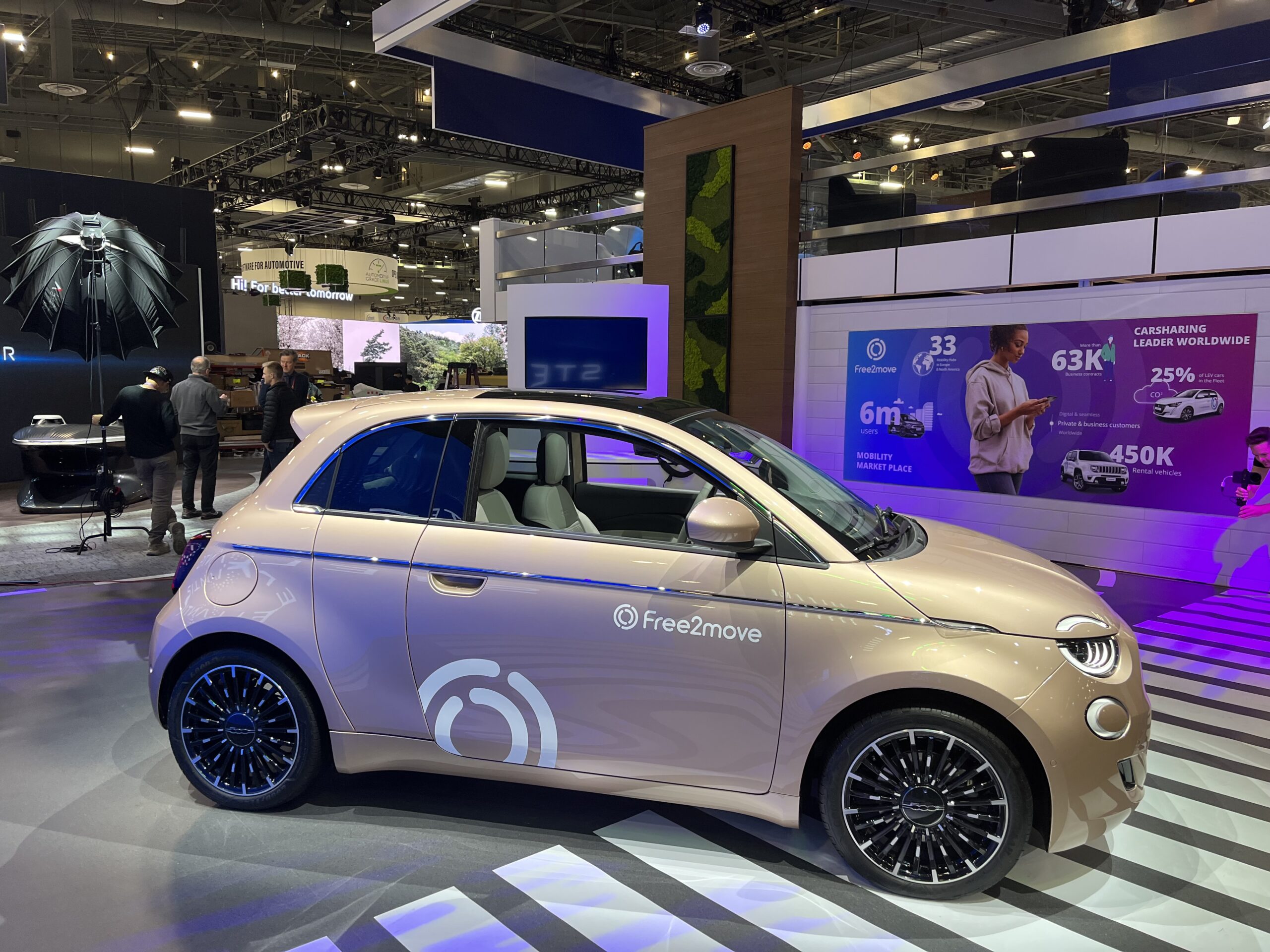 Early this year, Free2move will launch all three services in Dallas and Pasadena. Currently, the company offers free floating car-sharing and subscription services in Washington, D.C., Denver, Portland and Columbus, and car subscriptions alone in Austin, Las Angeles and San Diego. In each existing market, Free2move plans to add complementary services in 2023. Free2move has had an established presence in Europe since 2019, which was recently bolstered by its acquisition of Share Now, a free-floating car-sharing service. The company says it has more than 450,000 rental cars available throughout Europe, and that its ability to grow so much in such a short timeframe proves the demand for new vehicle access options is high. Free floating car-sharing hasn’t really taken off in the U.S. in a big way, but Brigitte Courtehoux, Stellantis EVP and CEO of Free2move, told TechCrunch that the opportunities here are even greater than in Europe. “In the U.S., we see more customers using the cars for commuting, not just quick 30 or 40 minute journeys,” said Courtehoux. Free2move said it will expand its presence to five U.S. cities by the end of 2023 and add an additional 3,000 cars to its service, many of which will be Fiat 500e vehicles. Some of the cities the company is targeting include: Denver, Portland, Columbus, Washington D.C., Los Angeles, Detroit, Dallas, Miami, Chicago and Tampa. The company is also launching its dealership program, which has been running in Europe, to the U.S. This involves Free2move leasing its tech to car dealers so they can use their own fleets for rental, car-sharing or subscription services under the Free2move umbrella. In the U.S. this year, Free2move hopes to add 38 new Free2move “mobility operators” to its network.