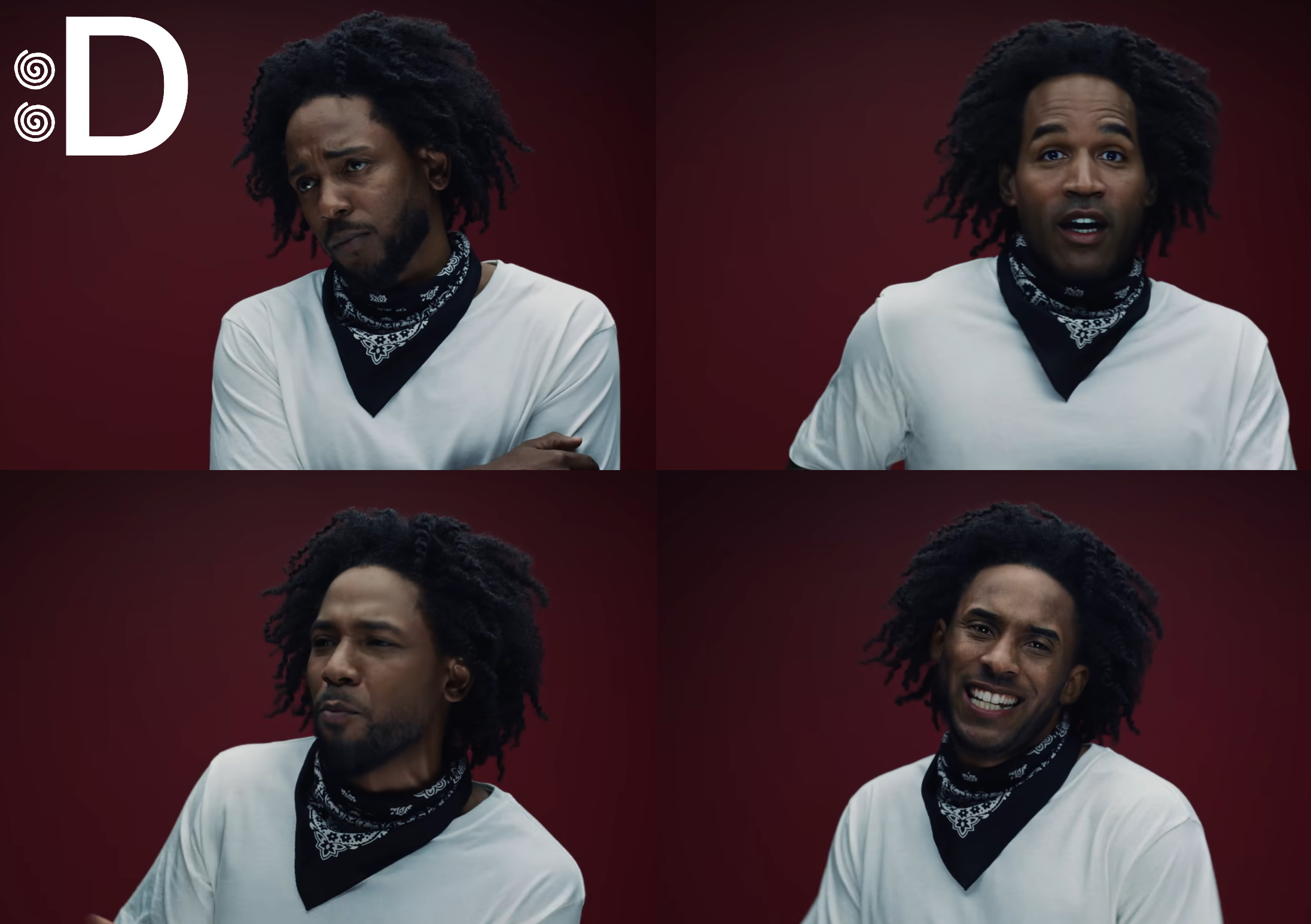 The company got its start during the media shutdown of 2020, when the pandemic prevented most travel and on-set productions. Parker and Stone had already begun assembling a AI artist team for a film they were developing, and when COVID intervened they focused on creating the tools for use later. “We stumbled upon this amazing technology and ended up recruiting the best deepfake artists in the world,” Stone said in an announcement on Deep Voodoo’s site. I’ve reached out for more info and will update this post if I hear back. The Parker/Stone cachet showed when the company made its public debut alongside no lesser a personage than Kendrick Lamar. The video for “The Heart Part 5” has the musician delivering his lyrics in seemingly one take, but when he addresses the camera directly his face takes on the aspects of others: OJ Simpson, Nipsey Hussle, Kobe Bryant and Kanye West: Of course it’s obvious that deepfake tech was used for this — just as it’s obvious that the dragons in Game of Thrones aren’t real. It is still effective dramatically, even if the substitution is by no means perfect. Since then, and with the help of the $20 million from Connect Ventures, Deep Voodoo “has begun offering” its tech to others in the business. It’s not the only one doing so by a long shot, naturally. Digital de-aging and “re-facing” as it is sometimes called has become a staple of Disney media, though early attempts (a waxen Grand Moff Tarkin and unconvincing young Luke Skywalker) were poorly received by audiences. The technology is clearly here to stay, but how it will be used creatively — and ethically — is still an open question. Stone and Parker, despite their notoriety for off-color humor and courting controversy, seem to be sound thinkers when it comes to fundamental questions of fairness and storytelling. That’s a start. South Park creators’ deepfake video startup Deep Voodoo conjures $20M in new funding by Devin Coldewey originally published on TechCrunch