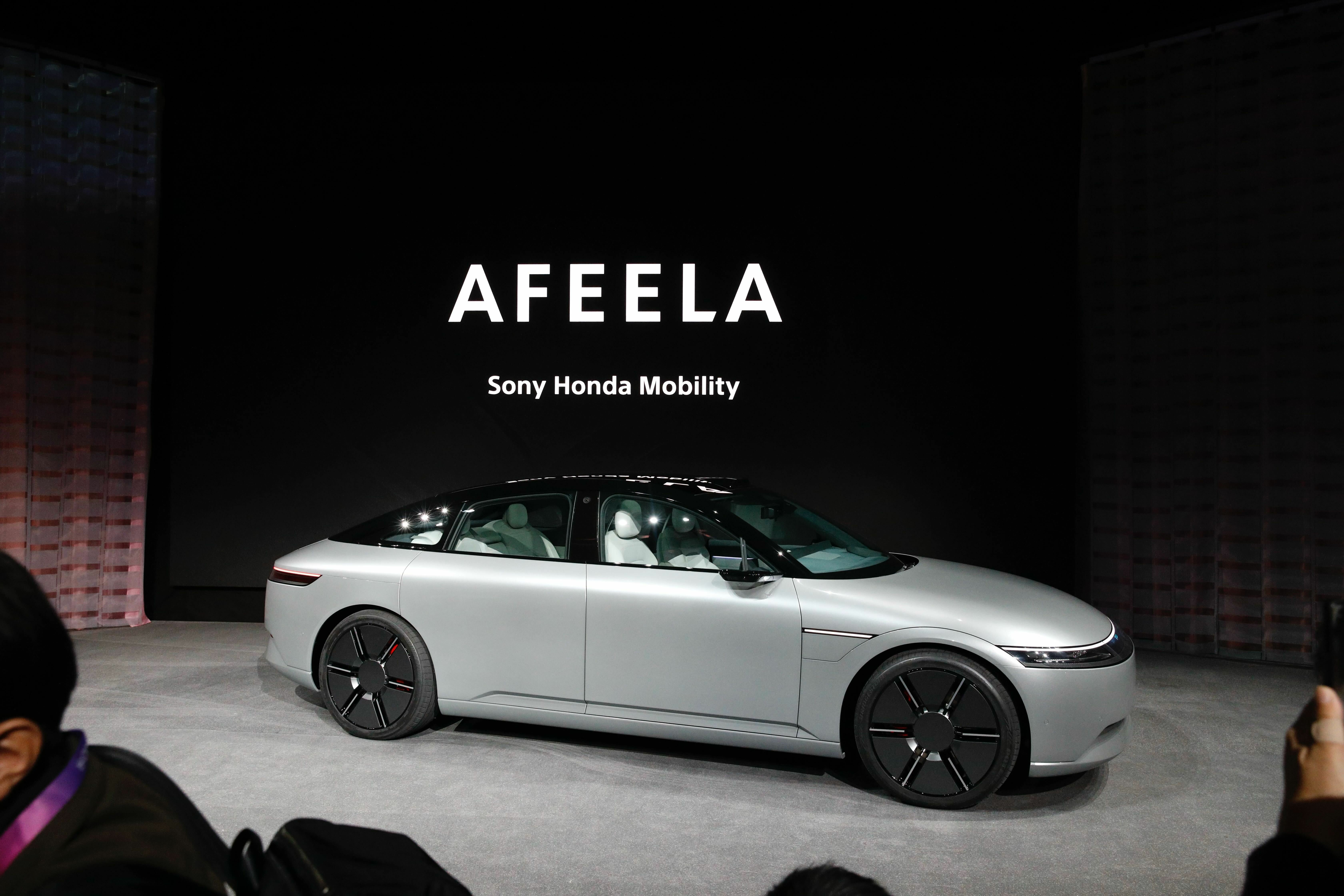 Sony started its big CES 2023 event by announcing that its hit racing game Gran Turismo was coming to its new Playstation VR2 platform. And then Sony followed it up by announcing an actual car.That’s right, Sony is teaming up with Honda and entering the EV market with a brand new car brand called Afeela.Some highlights that we know so far: The Afeela has an actual display built into the front bumper, which can be used to provide information to passing cars and pedestrians. Sony showed off various themes that can be used, such as a Spider-Man design that appeared across the front of the Afeela using the display. Just off the top of my head, I can imagine Uber drivers using this to easily inform customers that their ride has arrived as the vehicle pulls up. images-2.fill_.size_2000x1333.v1672884953 The Sony and Honda EV will also have an entertainment console built into the car offering various Sony movies, music, and gaming titles. Sony’s brands, including Playstation, will be heavily integrated into the Afeela.Sony also brought out Epic CTO Kim Liberi to announce that Unreal Engine will be integrated into the Afeela to create a “gaming engine for driving.” The vehicle will be powered by Qualcomm’s Snapdragon Digital Chassis. Another standout feature: The Afeela will have a whopping 45 cameras and sensors both inside and outside the vehicle.Sony and Honda previously announced a joint mobility venture early last year. And it looks like the Afeela is the result, at least when it comes to premium car brands. The Afeela looked real sleek in person but there’s still much, much more to learn about the vehicle.But are you Afeelin’ it so far? If so, Sony announced that the Afeela will start shipping to customers in the U.S. first in spring 2026. The company will start taking preorders in 2025.