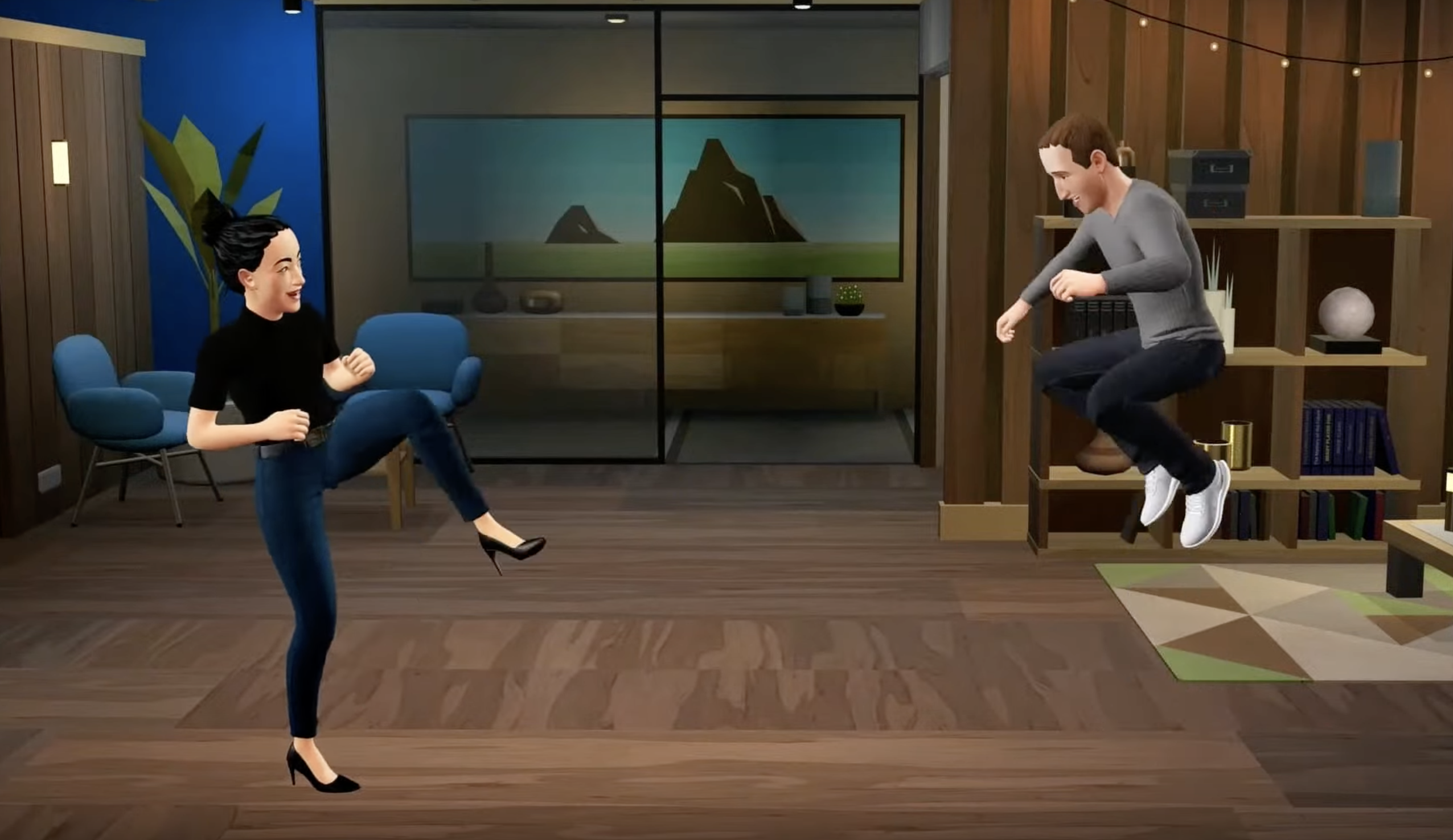 A mere two weeks ago, we promised you that Meta’s VR legs weren’t real and couldn’t hurt you. Well, it turns out we were wrong… kinda. Though Meta CEO Mark Zuckerberg’s much-ballyhooed avatar legs aren’t yet available in the metaverse, there was a pair floating around the toy section of a Florida Walmart last week.The tiny plastic gams were created by Legboot, a 33-year-old software engineer from Florida who moonlights as a professional shitposter and “bootleg artist.” He’s quite prolific, with past projects ranging from a disappointed adult Steve from Blue Clues action figure to a portrait of Charmander as Alexander Hamilton and even a Shrek Supreme hat. Tweet may have been deleted (opens in a new tab) After seeing that Zuckerberg was being roasted online for calling avatar legs “probably the most requested feature on our roadmap,” Legboot decided to make them a reality. He grabbed a cheap plastic figure off of Chinese ecommerce site Alibaba, “chopped his legs off,” and painted them a shade of Meta blue.The packaging notes that the legs are indeed the first in a series of “Most Wanted Features of the Metaverse” toys. And, according to the box, you can “sit chair,” “sit desk,” “squatch bug,” “can-can,” and “check floor for wood rot” with these non-VR stems.If that all sounds like garbled English, well, it’s on purpose. Legboot intentionally mangled internet meme-speak for the packaging, but noted that it added to the bit in other another way: “Sometimes I do try to… make stuff sound like it was a bootleg product produced in China and translated badly.”So is Legboot a fan of the metaverse? Not really. “Someone gave me a really cheap-o knockoff [VR] headset where you can put your phone in it. I played around with that for a day.” To be fair, a cheap phone-based headset is not exactly the kind of future Zuckerberg has invested billions into. However, if you are a Meta fan and are interested in buying the legs for yourself, Legboot says you’re SOL. He only made one pair of legs and doesn’t plan on making more. “I have to be careful [because] it’s a grey area. Parody and fair use is hard to define.” That’s especially true when it comes to Meta branding and Zuckerberg’s likeness.So, in the end, we’re all back where we were two weeks ago. Leg-less and disappointed.