So, how exactly does Apple’s crash detection work? 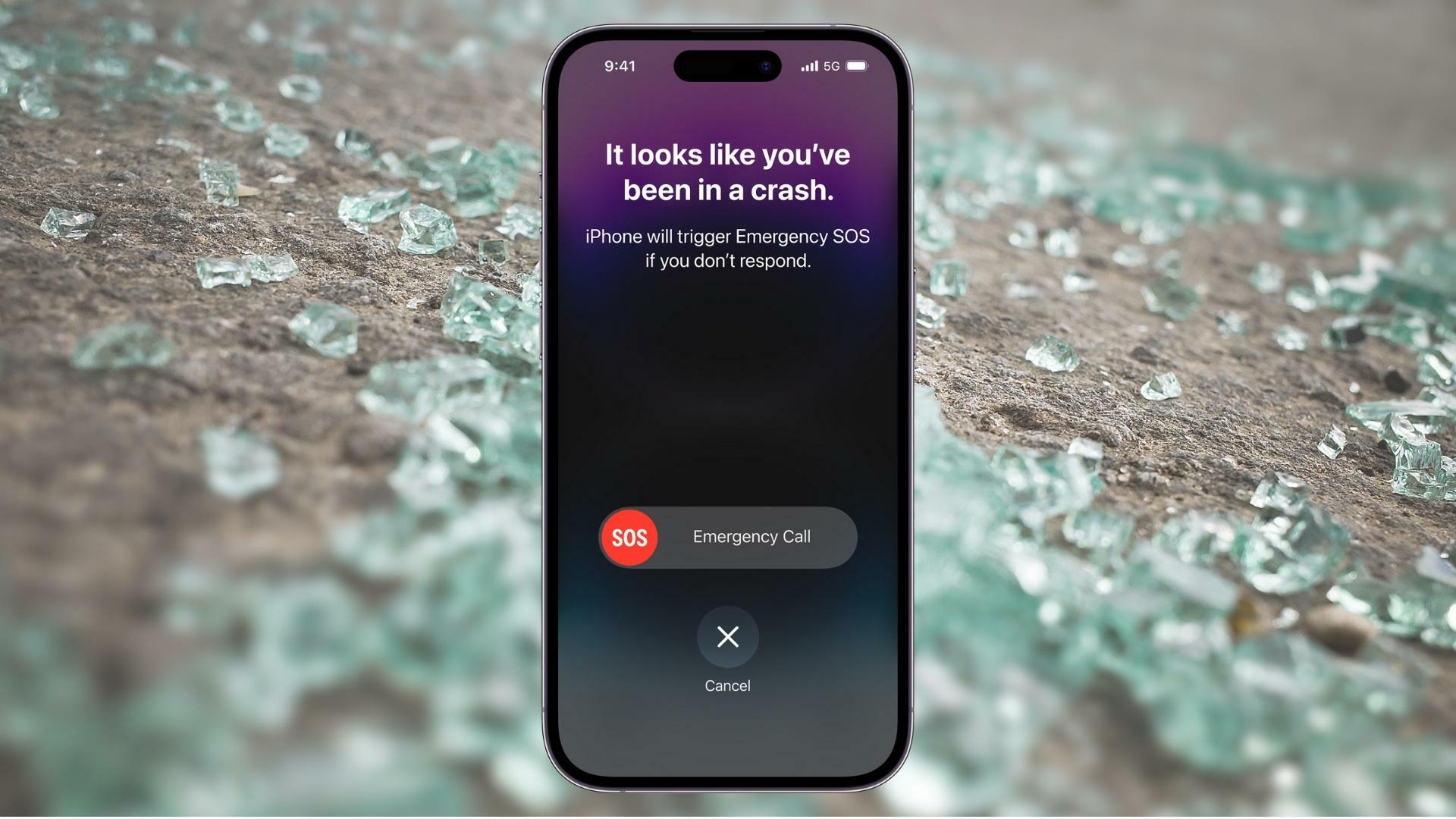 Earlier this fall, Apple announced a new feature called Crash Detection for the iPhone 14 and Apple Watch Series 8. And we already know it works as advertised… even sometimes when it’s not supposed to, like when you’re on a rollercoaster. But how exactly does Crash Detection work? And why would a rollercoaster ride trigger it? Apple execs Ron Huang, vice president of sensing and connectivity, and Kaiann Drance, vice president of worldwide iPhone marketing, spoke to tech blog TechCrunch to pull back the curtain on what went into making the new features. Here’s what we learned.

Crash Detection is made possible because of new advancements to the gyroscope and accelerometer — sensors within the iPhone and Apple Watch that detect motion and speed. “It’s mostly the G-Force detection,” Drance told TechCrunch. “It’s able to detect G-Force up to 256 Gs. That was one of the key differences for the new accelerometers that the new watches and phones have.” For context, the highest G-Force survived by a human was the 214 Gs Indycar driver Kenny Brack experienced when he crashed his racecar, which was going 220 mph at the time, at the Texas Motor Speedway. Serious car accidents are around 100 Gs or higher. Suffice to say, Crash Detection has got you covered in the G-Force department. Tweet may have been deleted (opens in a new tab)

2. A symphony of sensors

But G-Force sensors aren’t the only technologies that determine whether a crash has taken place. Crash Detection also takes multiple factors into account. That includes GPS to infer high speeds, microphone activity for the sounds of a crash, a barometer to detect pressure if the airbags are deployed, and even Bluetooth and CarPlay to inform your device that you’re in a car.Apple also worked extensively with crash labs to simulate crashes and gather data. The tech company even gathered historical data from the Department of Transportation and the NHTSA (National Highway Traffic Safety Administration) to understand injury-likely crashes. This was all to ensure that the feature would be hard to trigger and wouldn’t accidentally go off if you dropped your phone.

Crash Detection needs to factor in all of these data points to determine if there’s been a crash — it’s not just one overruling data point or specific calculation that triggers it. It’s about how the sensors tell the whole story. Given that the factors involved in a car accident are varied and unique, Crash Detection is designed to analyze the data for the sum of its parts. Huang said that a car’s speed, impact, pressure change, and even sound level all help to determine whether the feature is triggered. “It’s all a pretty dynamic algorithm.”

4. Emergency SOS to the rescue

Ironically, crashing your car in a remote area is when you need help the most and are least likely to get it. But Apple thought of that. If this happens, your iPhone or Apple Watch will first try and call 911 through your regular carrier network. Barring that, it will then try and route to any other carrier. And if there’s no cell service around, Huang said the iPhone will make an emergency SOS call via satellite connectivity. Tweet may have been deleted (opens in a new tab)

According to Huang, Crash Detection on the iPhone and the Apple Watch both have the same level of accuracy but each works slightly differently. “Watch is on your wrist, and the kind of impact you see on your wrist during a crash will be very different,” he said. “…But, for example, [the] barometer is very similar with the iPhone and Watch. So there are differences based on how the devices are used, placed, or worn.”Apple’s already confirmed that it plans to fine tune Crash Detection over time. But for now, if you’re an amusement park lover who doesn’t want the cops showing up every time you ride a rollercoaster, you can just disable the feature. Otherwise, maybe leave your iPhone or Apple Watch with that one friend who hates rollercoasters and is happy to watch the rides from solid ground.