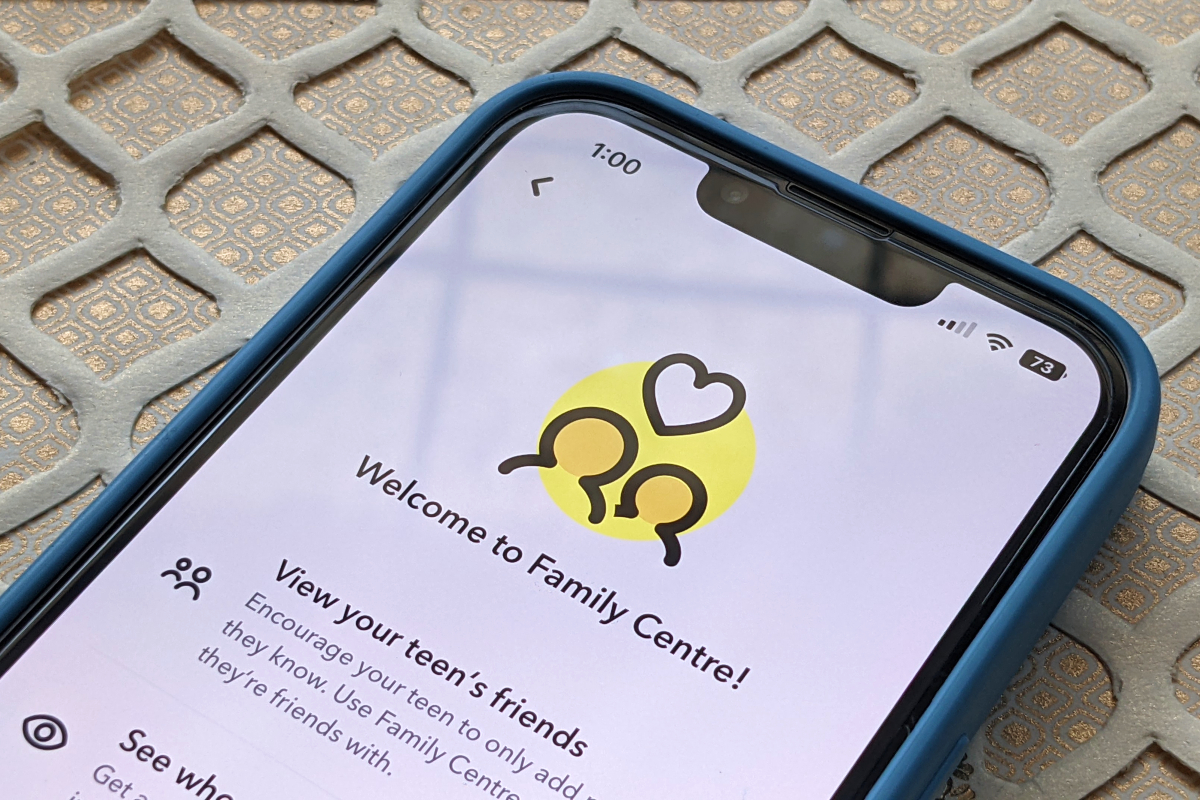 The in-app tool, called Family Center, lets parents and guardians review who their teens are friends with on the social app and who they have messaged in the last seven days. (They are not able to see the exact content of those messages.) It also brings the ability to report safety concerns and potential abuse to Snap’s Trust and Safety team to review. Parents and guardians need to install the Snapchat app on their devices and link their accounts to those of their teens using an opt-in invite process to use the new feature. Once the accounts are linked, the tool can be accessed with all its controls either from the Snapchat app’s Profile Settings or by searching for “family” or “family center” from the app’s Search functionality. snapchat-family-center The parental controls are notably available to parents and guardians whose teens are between 13–18 since Snapchat is not meant to be used by younger people. Snap first announced the arrival of its parental controls in October last year and introduced them in the U.S. in August. That was followed by the launch of similar features launched by competitive social networking platforms including Meta’s Instagram and TikTok. Snap’s offering, however, isn’t as expansive. It does not allow parents and guardians to restrict their teens from using the app after a particular time frame, for instance, a feature that Instagram and TikTok both offer. The Santa Monica, California-headquartered company is also not addressing concerns about inappropriate behavior, such as sexting, on its platform with the new tool. The app’s ephemeral messages opens the app to misuse and abuse. Snapchat has introduced some additional measures over the years, such as requiring teens to have mutual friends before they can start chatting. The app also does not allow teenagers to have public profiles. Snap said it is working with local nonprofits FXB India Suraksha and CyberPeace Foundation to launch its Family Center feature in India. It will also closely work with both organizations to add new parental controls, the company said. snapchat-family-center-parent-teen-views Over the coming months, Snap said it plans to bring new features to Family Center, including new content controls for parents. Teens will also be able to notify their parents when they report an account or a piece of content to the platform. “Snapchat is a central communications tool for so many young Indians, and as our community continues to grow, we know parents and caregivers want additional ways to help keep their teens safe. Our new in-app Family Center tool will help parents get more insight into who their teens are friends with on Snapchat, to help foster positive conversations about online safety while respecting the privacy and autonomy of teens,” said Uthara Ganesh, Public Policy Head, India, Snap, in a prepared statement. Snap is also launching bully prevention and mental health campaigns globally to celebrate World Mental Health Day and Bullying Prevention Month. The company in India said it is partnering with nonprofit Sangath for these campaigns. India is an important market for Snap where it has amassed over 109 million monthly active users, according to market intelligence firm Sensor Tower. In August, Snap introduced its premium offering, Snapchat+, in the South Asian market. Snapchat brings parental controls to India through in-app tool ‘Family Center’ by Jagmeet Singh originally published on TechCrunch