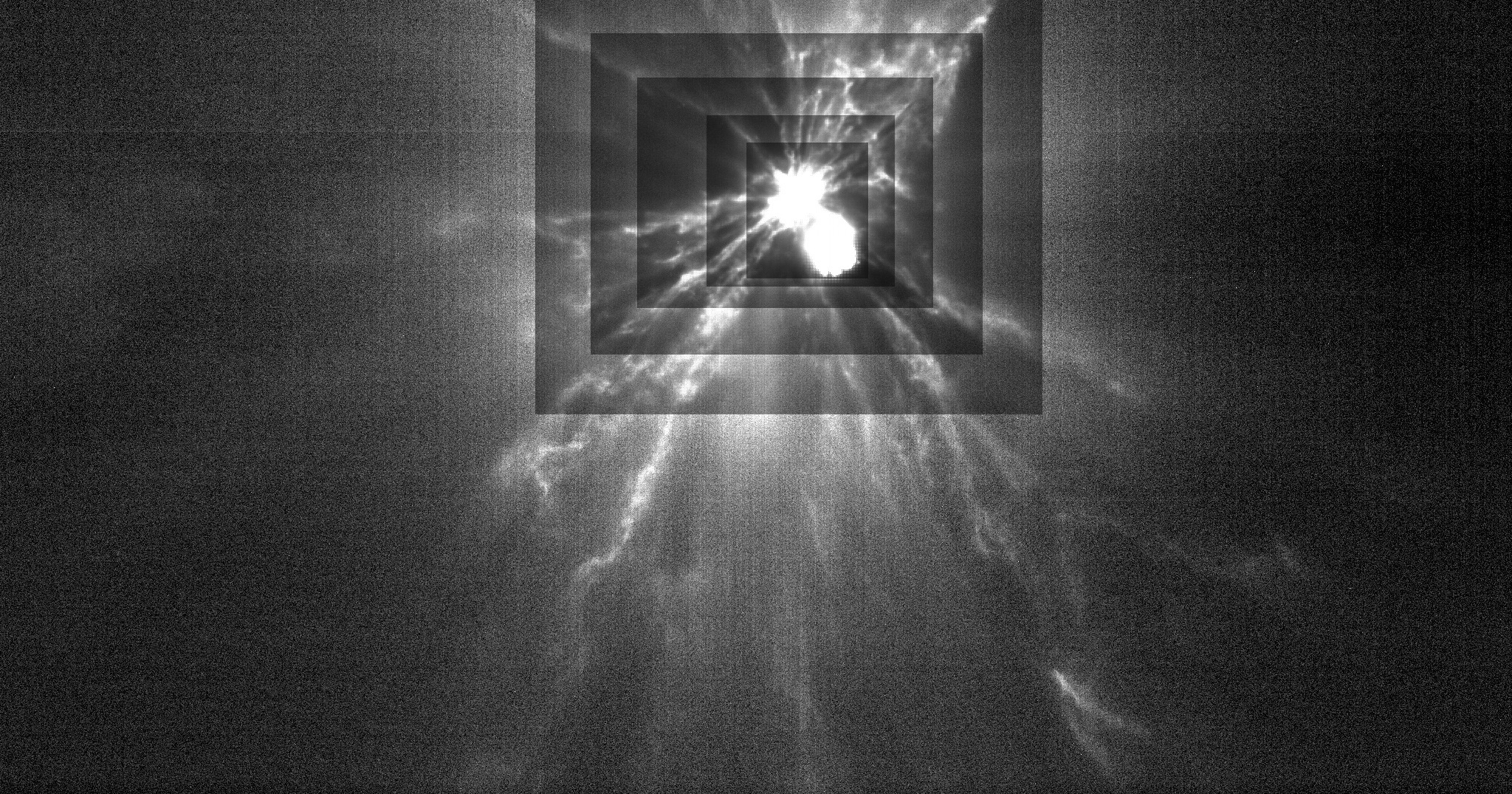 On September 26, NASA executed the final stage of the Double Asteroid Redirection Test (DART), in which a spacecraft intentionally crashed into the asteroid Dimorphos to investigate whether or not such an impact could deflect an Earth-bound stellar object. A successful collision was the first cause for celebration, but now there’s even more reason to cheer. NASA has officially determined the DART mission a success, revealing in a press conference today that Dimorphos’ orbit has changed significantly due to the impact. In crashing DART into Dimorphos, planetary defense researchers hoped the spacecraft’s kinetic energy would transfer to the asteroid, altering its path. In theory, the same method could be used to protect Earth from an incoming asteroid. (For what it’s worth, neither Dimorphos nor its larger asteroid Didymos, which it orbits, poses absolutely no threat to our planet.) For mission success, DART needed to change Dimorphos’ nearly 12-hour orbital period around Didymos by at least 73 seconds. After two weeks of observations, the team revealed a 32-minute change in Dimorphos’ orbital period—more than 25 times longer than the benchmark for success. “This result is one important step toward understanding the full effect of DART’s impact with its target asteroid,” Lori Glaze, director of NASA’s Planetary Science Division, said in a press release. “As new data come in each day, astronomers will be able to better assess whether, and how, a mission like DART could be used in the future to help protect Earth from a collision with an asteroid if we ever discover one headed our way.” The DART team will continue to observe Dimorphos, gathering data from ground-based observatories; the Italian Space Agency’s LICIACube satellite, which imaged the collision in close range; and, eventually, the European Space Agency’s Hera mission, which is scheduled to survey Dimorphos in about four years. The image at top from LICIACube shows debris pluming into space from the impacted asteroid. “DART has given us some fascinating data about both asteroid properties and the effectiveness of a kinetic impactor as a planetary defense technology,” said Nancy Chabot, the DART coordination lead from the Johns Hopkins Applied Physics Laboratory, which managed the mission for NASA. “The DART team is continuing to work on this rich dataset to fully understand this first planetary defense test of asteroid deflection.” While we’re a long way off from full-fledged planetary defense capabilities, DART has at least demonstrated that we probably won’t need to send Bruce Willis into space to protect us—an autonomous spacecraft should do the trick. Smashing success: NASA’s DART spacecraft bumped an asteroid off its orbit by Stefanie Waldek originally published on TechCrunch