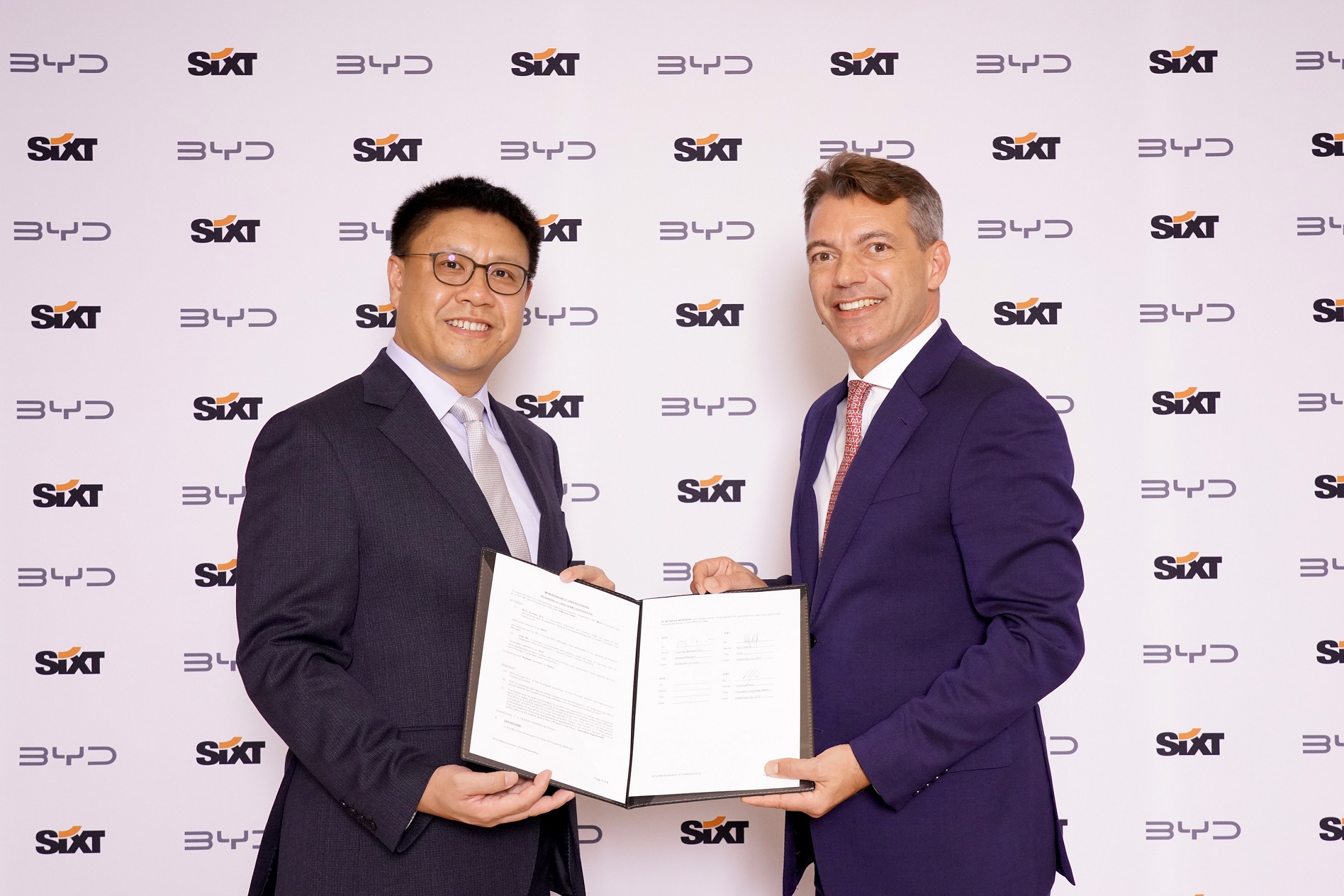 Sixt said it will first deploy its new BYDs to Germany, France, the Netherlands and the U.K. in the fourth quarter of 2022. The agreement comes a couple of weeks after competitor Hertz announced plans to order up to 175,000 General Motors EVs over the next five years. Hertz has also signed deals to buy thousands of Polestar and Tesla vehicles in order to reach its goal of a 25% EV fleet by the end of 2024. BYDATTO3_BildquelleBYD Sixt’s deal with BYD is in service of its own sustainability goal — the German car rental giant hopes to electrify 70% to 90% of its fleet in Europe by 2030. By the end of 2022, Sixt has promised to offer 20 new electric and plug-in models, “including a range of Audi, Opel, Renault, BMW, Peugeot, Tesla and now BYD,” according to a Sixt spokesperson. On BYD’s end, the partnership with Sixt is the company’s first with a car rental firm in Europe. The Chinese automaker has, over the past couple of years, made a concerted push into Europe, beginning with the launch of the Tang electric SUV in Norway in 2020. Last week, BYD shared presale pricing for three EV models it will sell in Europe: the Han sedan and the Tang, each for €72,000, and the Atto 3 SUV for €38,000. It’s the last one, the Atto, that Sixt will initially be buying, according to both companies. Sixt to buy 100,000 electric vehicles from China’s BYD by Rebecca Bellan originally published on TechCrunch