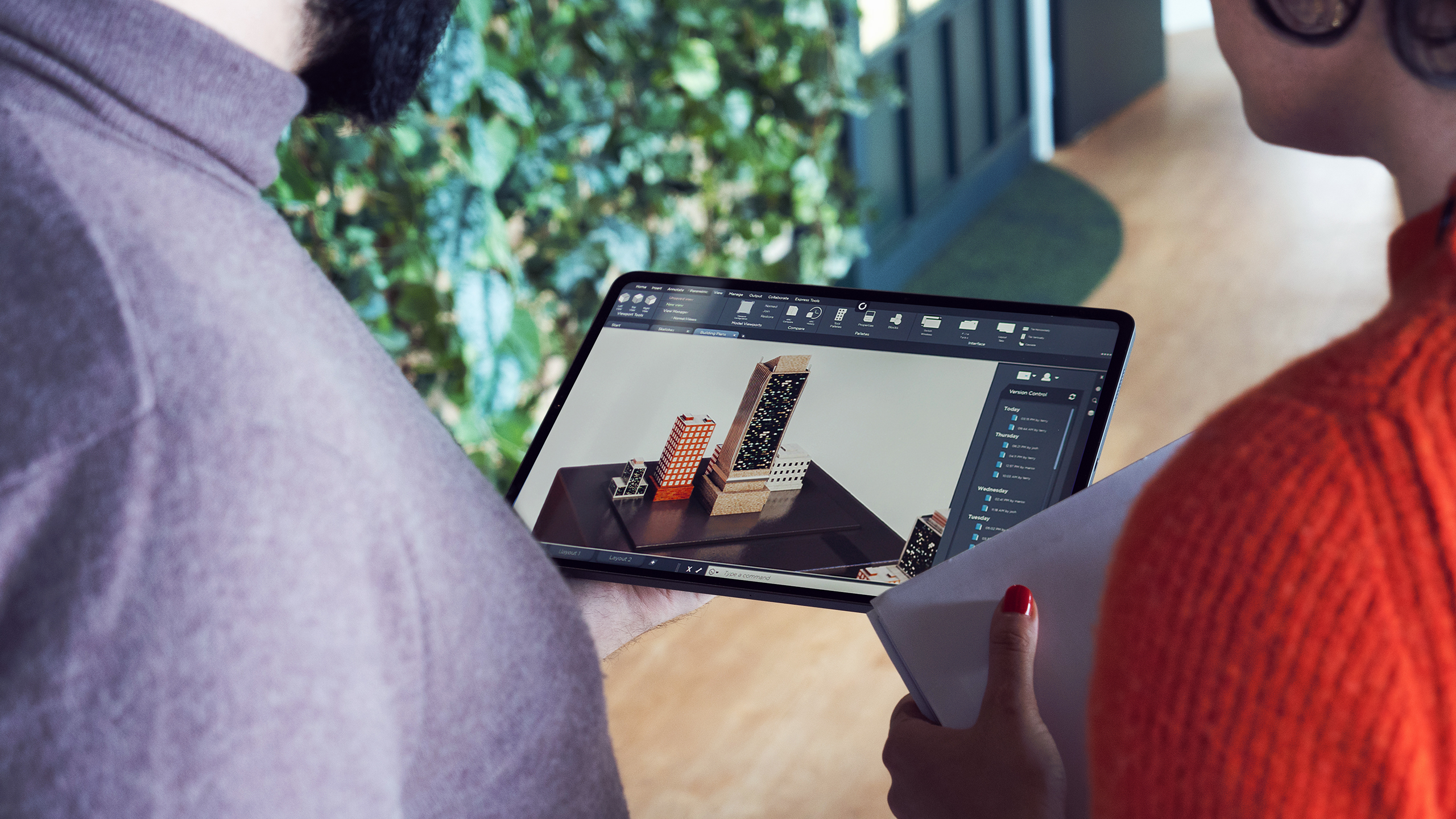 “It’s now been a year and a half since Octave Klaba acquired Blade with a vision: take down technological barriers and bring cloud computing power to everyone,” co-founder and deputy CEO Stéphane Héliot said at a press conference in Paris. Octave Klaba is the founder of OVHcloud and he acquired Shadow (formerly called Blade) to save it from bankruptcy. Since then, OVHcloud has been an important partner for Shadow. All Shadow servers have been moved to OVHcloud’s data centers. In May 2022, the company unveiled its roadmap for the foreseeable future. It involves three different pillars — the cloud computing service for consumers that have been Shadow’s flagship product since day one, a new cloud storage service and a custom-made offering for businesses. After a few weeks of testing, Shadow is officially launching its cloud storage service Shadow Drive. If you’ve been following Octave Klaba’s projects, you may remember his previous attempt in the space with hubiC. It was designed as a competitor to Dropbox, Google Drive or Microsoft OneDrive but it never really took off. Shadow is hitting the reset button with Shadow Drive. This time, the company is using Nextcloud as its foundation. If you’re not familiar with Nextcloud, it’s a popular open-source online storage application that you can run on your own server. Shadow Drive is a hosted service, meaning that you don’t have to run your own server or manage anything — just like WordPress.com can manage your WordPress website for you. Users can either get a free account with 20GB of storage or pay $8.99 or €8.99 per month for 2TB of storage. After that, they can store, share and sync files so these files are accessible through a web browser, a desktop app or a mobile app. “Shadow Drive is based around two offers, a free and a premium offering — simple,” Shadow CEO Éric Sèle said. “And we will never, ever monetize our users’ personal data and we are not advertising on our website.” This launch is just the first step as Shadow Drive is still a work in progress. The iOS app is still in beta for instance. The company also plans to add WebDAV support so that you can add your cloud storage account as a network drive in the File Explorer on Windows or the Finder on macOS. There will be more Nextcloud modules in the future as well.

A cloud computing service for gamers and businesses

As for Shadow’s main service, its cloud computing service, the company rolled out its premium plan just a few weeks ago. There are now two configurations. By default, subscribers get the equivalent of an Nvidia GeForce GTX 1080, 12GB of RAM and 256GB of storage for $29.99 per month, or €29.99 in Europe. It is a Windows instance, which means you can install whatever you want, such as Steam, 3D editing software and more. Users can add the ‘Power Upgrade’ option on top of their base subscription for another $14.99 per month (or €14.99). This time, you get an AMD EPYC 7543P CPU with 4 cores and 8 threads, 16GB of RAM and an Nvidia RTX A4500 GPU. I tried Shadow’s Power Upgrade and it was a very smooth experience. Shadow already has 8,000 customers using this new configuration and the company is working hard to add new slots. Shadow-1 Shadow is currently available in eight data centers. As latency is key for a cloud computing service, the company is only accepting customers that live near a data center. The service is available in the U.S., Canada, France, the U.K., Belgium, Switzerland, Luxembourg, Germany, the Netherlands, Austria, Italy, Sweden and Denmark. On December 7th, Shadow is adding Spain to that list. Users can access their Shadow instance from a computer, a phone, a tablet, a smart TV running Android or an Apple TV. The idea is that you should be able to access your powerful Shadow computer from the most basic computing device. That’s why Shadow is also releasing the first version of its Raspberry Pi app today. Once you have plugged a monitor, a keyboard, a mouse and (optionally) a gamepad, you can access your Shadow instance. Recently, the company has also been working with enterprise clients that want to control several Shadow instances. For instance, Bandai Namco Europe used the service for the Elden Ring press campaign. But Shadow could also be used by architects, animation production companies and all sorts of employees who need a powerful PC but don’t necessarily want to buy tower computers. Shadow is formalizing that offering with Shadow Business Solutions. There are three different configurations: Spark (Intel Xeon 2.5 GHz up to 3.1 GHz CPU, 8 vCores, 256 GB SSD, 12 GB RAM, NVidia 1080/P5000 GPU) Aurora (Intel Xeon 3.3 GHz up to 4.5 GHz CPU, 8 vCores, 256 GB SSD, 16 GB RAM, NVidia RTX 5000 with 12GB VRAM GPU) Lightning (Intel Xeon 3.3 GHz up to 4.5GHz CPU, 12 vCores, 512 GB SSD, 32 GB RAM, NVidia RTX 6000 with 24GB VRAM GPU) These configurations cost €59, €89 and €139 per instance per month respectively. You can either bring your own Windows license or get a Windows Server 2019 license for an additional €30 per month. On December 5th, the company will start offering a management tool so that business customers can create, modify and suppress Shadow PCs from a special admin interface. Once again, this is just the first step as the company plans to add some features that are going to be important for business customers, such as rights management, configuration duplication, group management and backup management. Finally, Shadow is also thinking about a new revenue stream with spot computing instances. In that case, Shadow would offer on-demand GPU instances to train AI models and other GPU-intensive tasks. As you can see, Shadow is still investing across the board to add new products, new countries and new customers. It’s still a relatively small company and cloud computing is a new industry. So it’s going to be interesting to see if Sony and Microsoft end up capturing the cloud gaming market and if big cloud hosting companies start investing heavily in cloud computing as well. For now, it looks like Shadow is back on the right path. Shadow-2 Shadow launches cloud storage service Shadow Drive by Romain Dillet originally published on TechCrunch