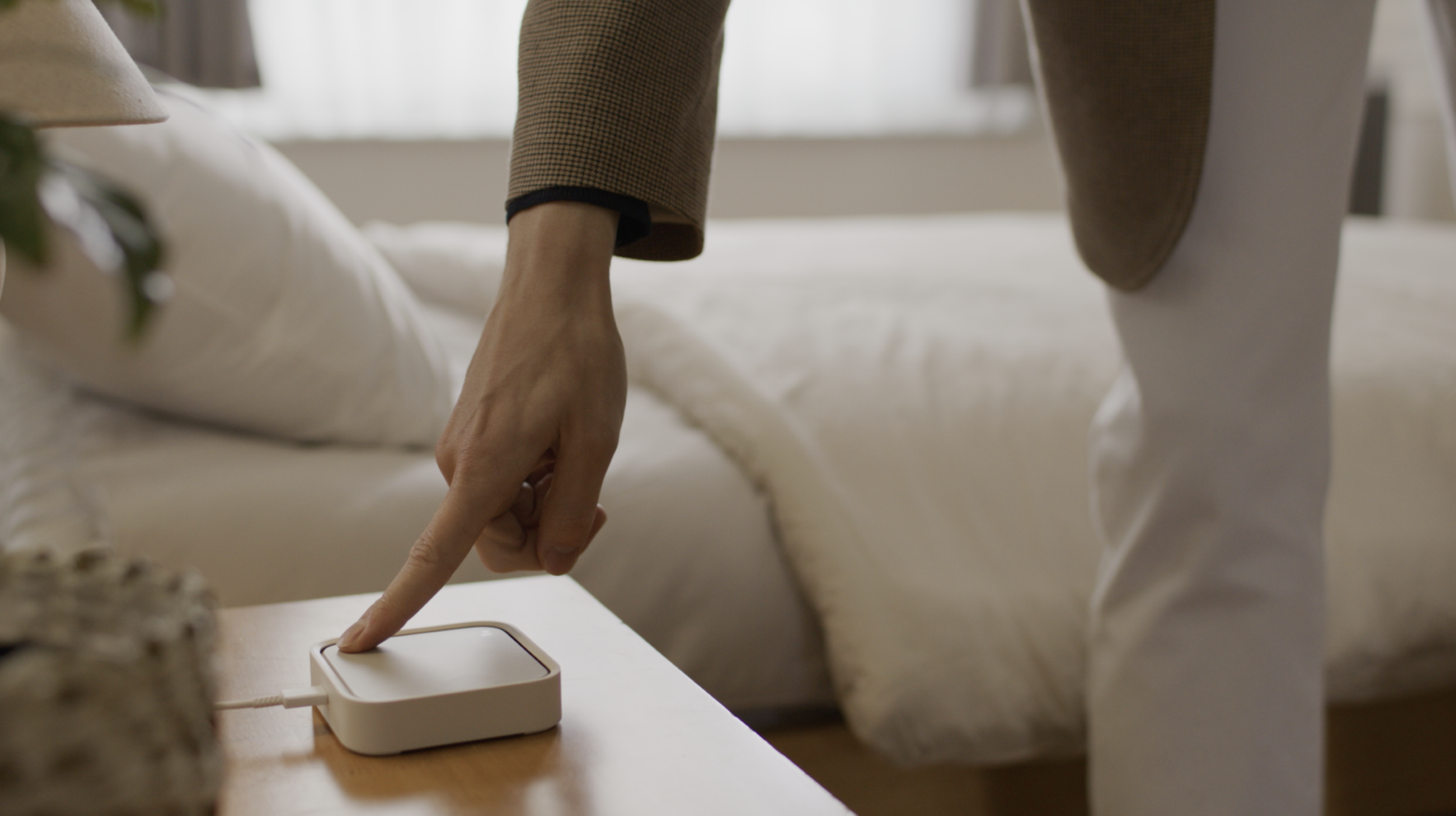 Matter is, of course, the big buzz word of this year’s show, and the new hub supports the standard, naturally, letting users integrate a broad range of different products from a broad range of different companies – thermostats, lights, plugs, etc. From there, you can automate different tasks, using Samsung’s SmartThings. image005 The first time you turn the pad on, you’ll see a popup on your Samsung device, walking you through the setup process. You can also just scan the QR code on your phone. The hub features a built-in 15 watt wireless charger that will send you a notification when it’s finished. You can also double tap the pad to help locate a misplaced phone with a ring. A built in “Smart Button,” meanwhile, can fire up different routines with a tap. It’s a clever little combo device. As the Matter standard continues to roll out, more users will likely be looking toward these sorts of hubs. And hell, you can never have enough wireless charging surfaces around the house. The product is due out next month in the U.S. and Korea. No pricing has been announced as of yet. ces-2023-banner-23 Samsung’s new wireless charger has a smart home hub built-in by Brian Heater originally published on TechCrunch