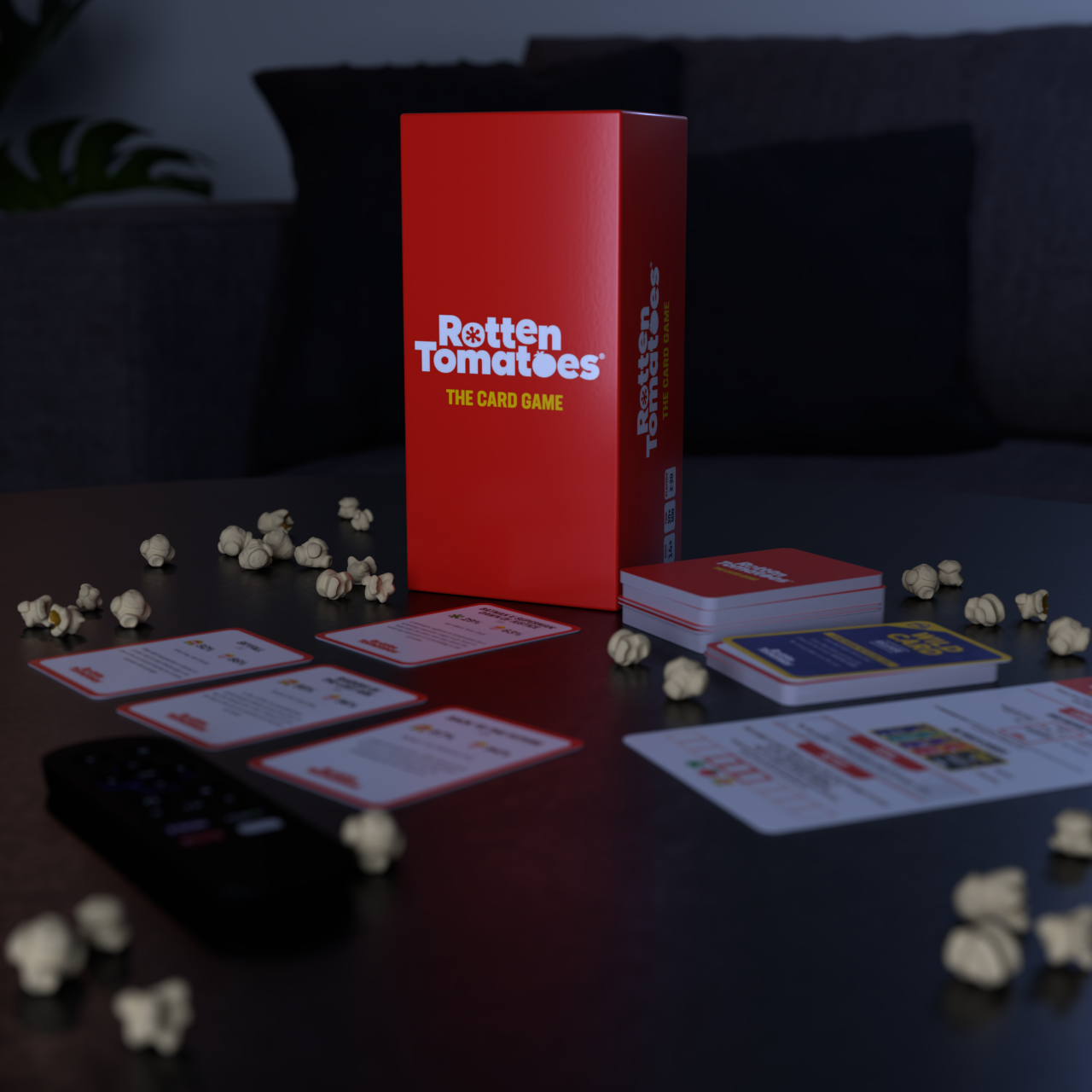 This is the first-ever card game that Rotten Tomatoes has released and is a new way for the company to try connecting with movie fans. Rotten Tomatoes also attempts to engage users through other forms of entertainment, such as through its three podcasts and two books. Movie-themed games are a hit in many households. Examples include the “Blockbuster” board game, which capitalizes on the nostalgia that older movie titles bring, and IMDb’s “What to Watch” gaming app that launched in May. Rotten Tomatoes is likely trying a similar strategy. “Rotten Tomatoes: The Card Game,” will feature classics like “Back to the Future,” “The Terminator,” “ The Godfather,” “The Dark Knight,” “The Goonies,” “Caddyshack,” “Top Gun” and more. “’Rotten Tomatoes: The Card Game’ offers players a one-of-a-kind experience, infusing the world-famous Tomatometer scores with lively gameplay, while testing players’ movie knowledge,” said Aaron Kohn, Rotten Tomatoes VP, Business Operations & Growth Strategy, in a statement. To play, the participants begin with three movie cards arranged in order by the movie’s Tomatometer score. Players then go around in a circle and draw a movie card. The player guesses where to place the movie in their lineup of cards based on what they think the score is. If they get the order correct, the movie card can stay in the player’s “Movie Collection.” The first to correctly guess 10 cards wins the game. There are also wild cards that make the players compete against each other for a movie card by guessing either the movie’s title, release year, audience score, cast members, title, or Tomatometer score. “Rotten Tomatoes: The Card Game” will come with 350 movie cards and 35 wild cards. Up to 20 people can play. Starting today, the game is available to pre-order through Cryptozoic.com. Cryptozoic Entertainment is known for publishing licensed deck-building card games based on movies and TV shows. When the game launches in 2023, it will be available to purchase from major retailers and various hobby gaming shops. The suggested retail price is $24.99. Rotten Tomatoes gets its first card game to entertain film buffs by Lauren Forristal originally published on TechCrunch