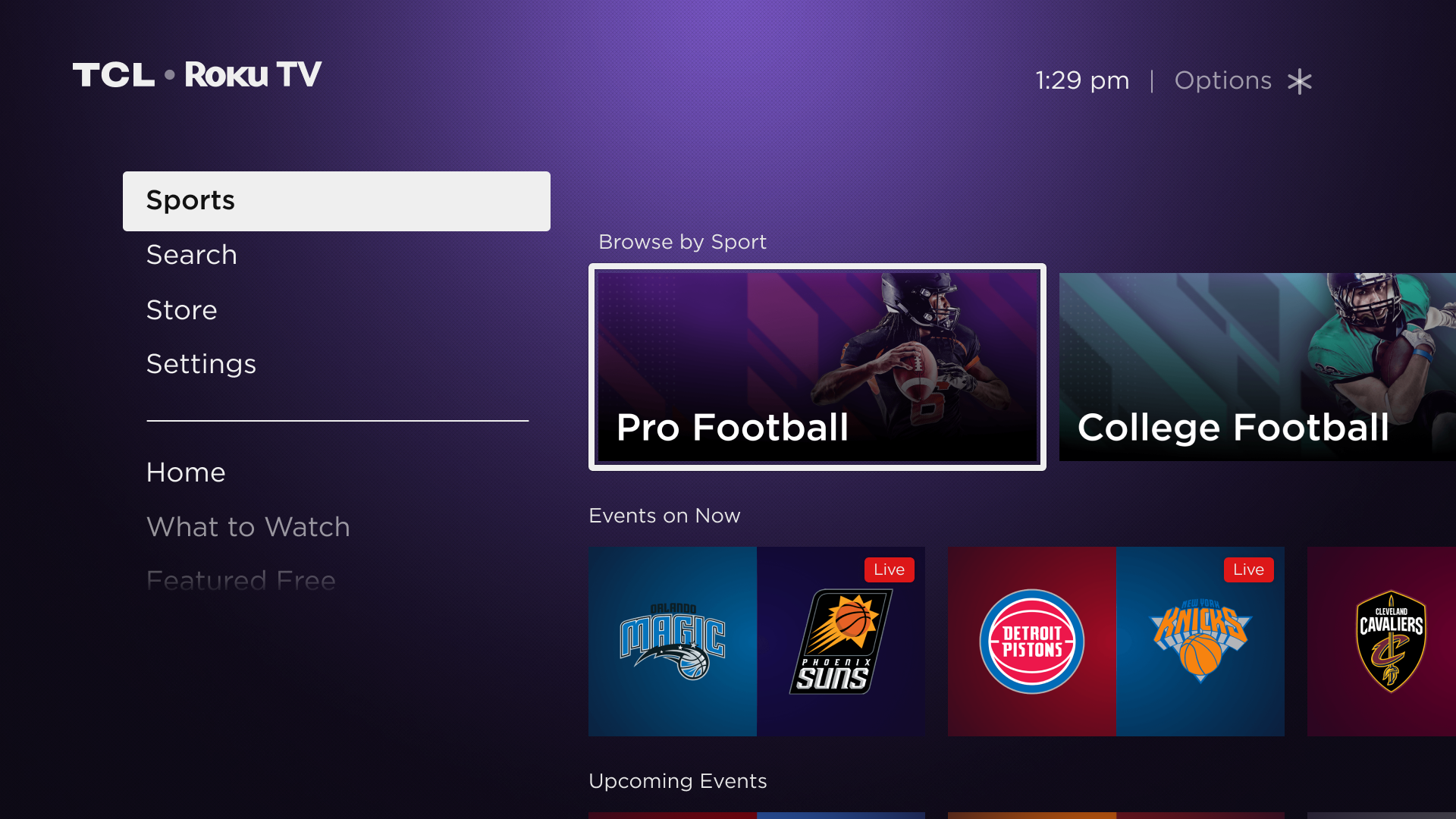 Within the Sports tab, users will see an array of dedicated rows, including a row with games that are currently live, upcoming sports events, as well as leagues, conferences, and the option to browse by sport, whether that be pro basketball, college basketball, soccer, hockey, and so forth. There will also be rows for free sports content, sports-related shows, as well as sports documentaries and movies. Once the user makes a selection, they’ll see several viewing options, such as Apple TV, DIRECTV, FOX Sports, FuboTV, Paramount+, Peacock, Prime Video, Sling, The Roku Channel, TNT, TBS, and truTV. The company noted that more streaming apps would be added in the coming months. Missing Attachment The purpose of Roku’s sports hub is to simplify sports discovery by giving users a better way to find sports content across various platforms. Previously, if Roku users wanted to watch a specific live event, they had to click through multiple streaming apps or channels to find it. Rival Amazon made a similar announcement last month when it launched a new dedicated “Sports News & Highlights” row on the home screen of Fire TVs. Roku wrote in its official blog that a “centralized location” for sports was requested by 61% of users, according to a poll. There were 1,400 active Roku users who responded to the poll, which was conducted via the online survey tool Qualtrics in September 2021, said the Roku spokesperson. “We know that keeping track of where sports are being streamed has only become more fragmented over the past few years,” said Alex Hill, Director of Live & Sports, Roku, in a statement. “Watching your favorite teams should be simple, so we’ve made it a priority to build out a more seamless and streamlined way to discover and watch sports on our platform.” While sports content on The Roku Channel is slim, the company can’t help but promote its streaming service as well. The Roku Channel’s newest exclusive series “The Rich Eisen Show,” will get its own dedicated row within the Sports tab for users to stream all the latest episodes of the sports and entertainment talk show. The company also highlights the new Roku Original series “Emeril Tailgates” in its announcement, which features celebrity chef Emeril Lagasse creating new recipes for game day. Roku’s home screen gains a new ‘Sports’ tab for users to access live and on-demand sports content by Lauren Forristal originally published on TechCrunch