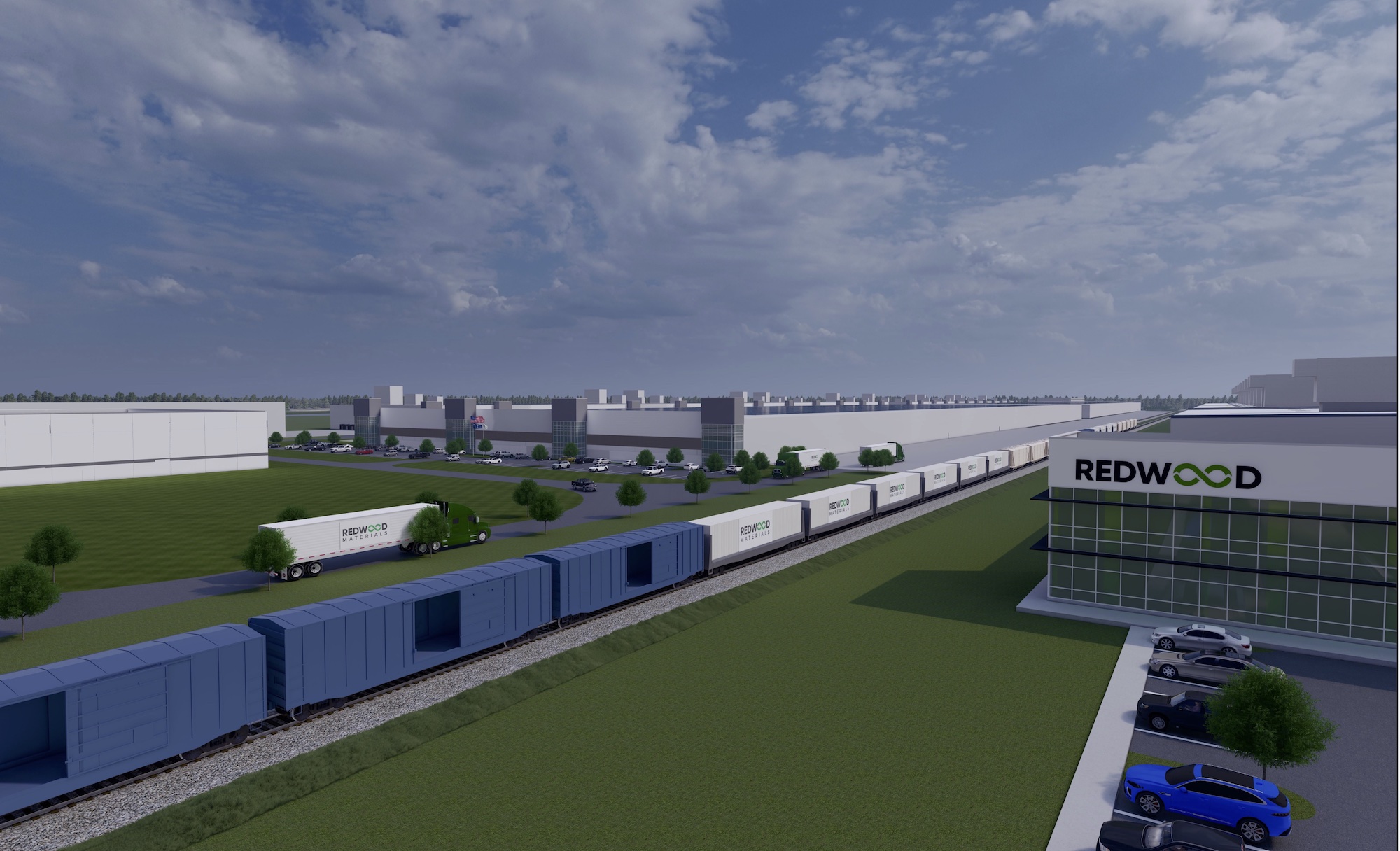 Little is known about the incentives deal the company struck with the state. However, Redwood, a battery materials and recycling startup founded by former Tesla co-founder and CTO JB Straubel, has agreed to spend at least $3.5 billion in the area within the decade. Notably, the company said its entire South Carolina operations will be 100% electric and won’t use any fossil fuel in its processes. Straubel emphasized to TechCrunch that they are not even pulling a gas line to the site. The campus located at Camp Hall in Berkeley County will produce 100 GWh of cathode and anode components per year, the company said, which is enough to power more than one million EVs. Lithium-ion batteries contain three critical building blocks. There are two electrodes, an anode (negative) on one side and a cathode (positive) on the other. Typically, an electrolyte sits in the middle and acts as the courier to move ions between the electrodes when charging and discharging. Cathode foils, which account for more than half the cost of a battery cell, contain lithium, nickel and cobalt. Redwood is able to capture all of those materials through its battery recycling and processing. Redwood added that there’s potential to expand its operations at the site to several hundred GWh annually to meet future demand. And that might happen considering the growth in EV industry and the site’s proximity to Redwood’s existing partners like Toyota, Volvo, Panasonic and Envision AESC, all of which have a strong foothold in this region. Redwood plans to break ground in the first quarter of 2023 on its phased buildout. The company aims to have its recycling process running by the end of 2023 with anode and cathode component production to follow. The announcement highlights the explosive growth within Redwood Materials, which last year raised $700 million in a Series C round led by funds and accounts advised by T. Rowe Price Associates and that included Goldman Sachs Asset Management, Baillie Gifford, Canada Pension Plan Investment Board, and Fidelity. Earlier this year, Redwood landed a multibillion-dollar deal to supply Panasonic Energy of North America with cathode material for battery cells produced at a new factory currently under construction in Kansas. The new $4 billion Panasonic factory, which will be larger than the Tesla Gigafactory in Sparks, Nevada, is expected to begin mass production of its “2170” cylindrical lithium-ion batteries by March 2025. Today’s announcement is also reflective of a bustling battery ecosystem that has expanded as automakers scramble to lock in supply chain as EV production ramps up. While factories are popping up globally, it’s been particularly active in North America. That pace of new battery facility announcements in North America has accelerated since the August 2022 passage of the Inflation Reduction Act, a massive bill that includes number of climate and energy provisions as well as places new domestic production and material sourcing requirements on EVs to qualify for a $7,500 federal tax credit. “The Inflation Reduction Act has really accelerated even what was already a fast process of a lot of companies locating or expanding battery production in the U.S., Straubel told TechCrunch in a recent interview. “You’re now seeing announcements every week and a good number of those are landing in the Southeast, or the so-called ‘battery belt’ between Michigan and Georgia.” Redwood Materials is headquartered in Carson City, Nevada, where several years ago it began recycling the scrap from battery cell production at the Sparks, Nevada Gigafactory then extracting and processing materials like cobalt, nickel and lithium that are typically mined, and then supplying them back to Panasonic. Redwood Materials to build multibillion-dollar factory in the U.S. “battery belt” by Kirsten Korosec originally published on TechCrunch