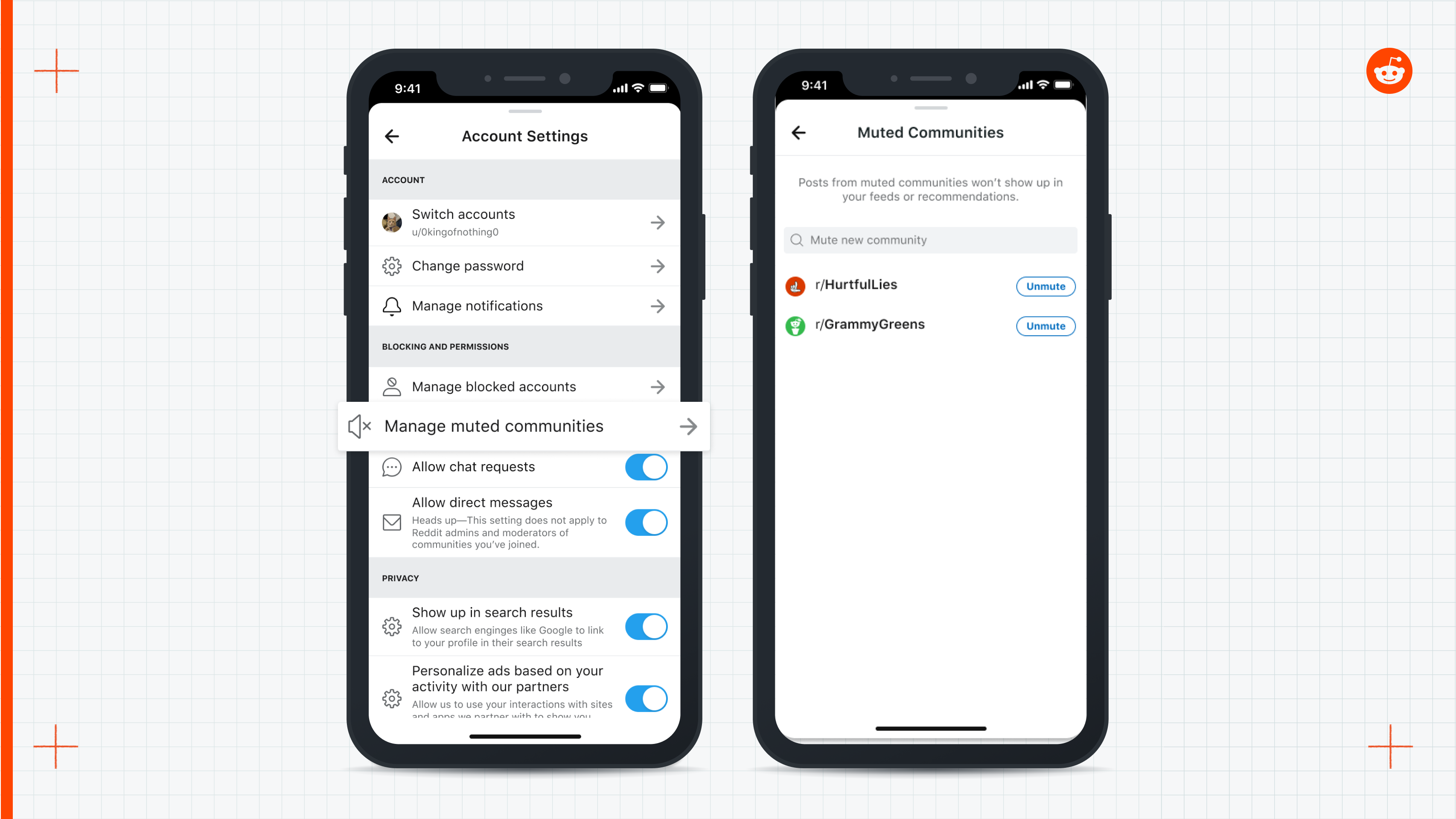 You can use the new feature to mute an entire community, after which posts from that specific community will be removed from your notifications, Home feed and Popular feed. Users have to ability to mute up to 1,000 communities. Reddit notes that muting a community doesn’t restrict you from visiting or taking part in it, as you will still be able to view, post and comment in communities you have muted. If you change your mind, you can unmute a community at any time in your Settings, where you can also manage community notifications and other preferences. Reddit says it plans to incorporate muting into other feeds after bringing the feature to desktop in the future, such as the All and Discover pages. The company says it sees muting as part of a larger effort to give users more control over their Reddit experience. There are three ways you can go about muting a community. You can do so through your settings, via the three dots menu in the top right of a community page or through the three dots menu on the top right corner of your Popular and Home feeds. The company says that although muting allows users to create a more curated experience, it’s not a replacement for reporting content that breaks its policies. The new feature is a welcome addition to the platform, as it will help users filter out content they don’t want to see on their popular and home feeds. The launch of the new feature isn’t exactly a surprise, given that Reddit teased the roll out a few months ago. At the time, Reddit said it had heard feedback from users regarding community muting and was working on ways to give users more control over their feeds. Reddit’s latest feature lets you mute entire communities by Aisha Malik originally published on TechCrunch