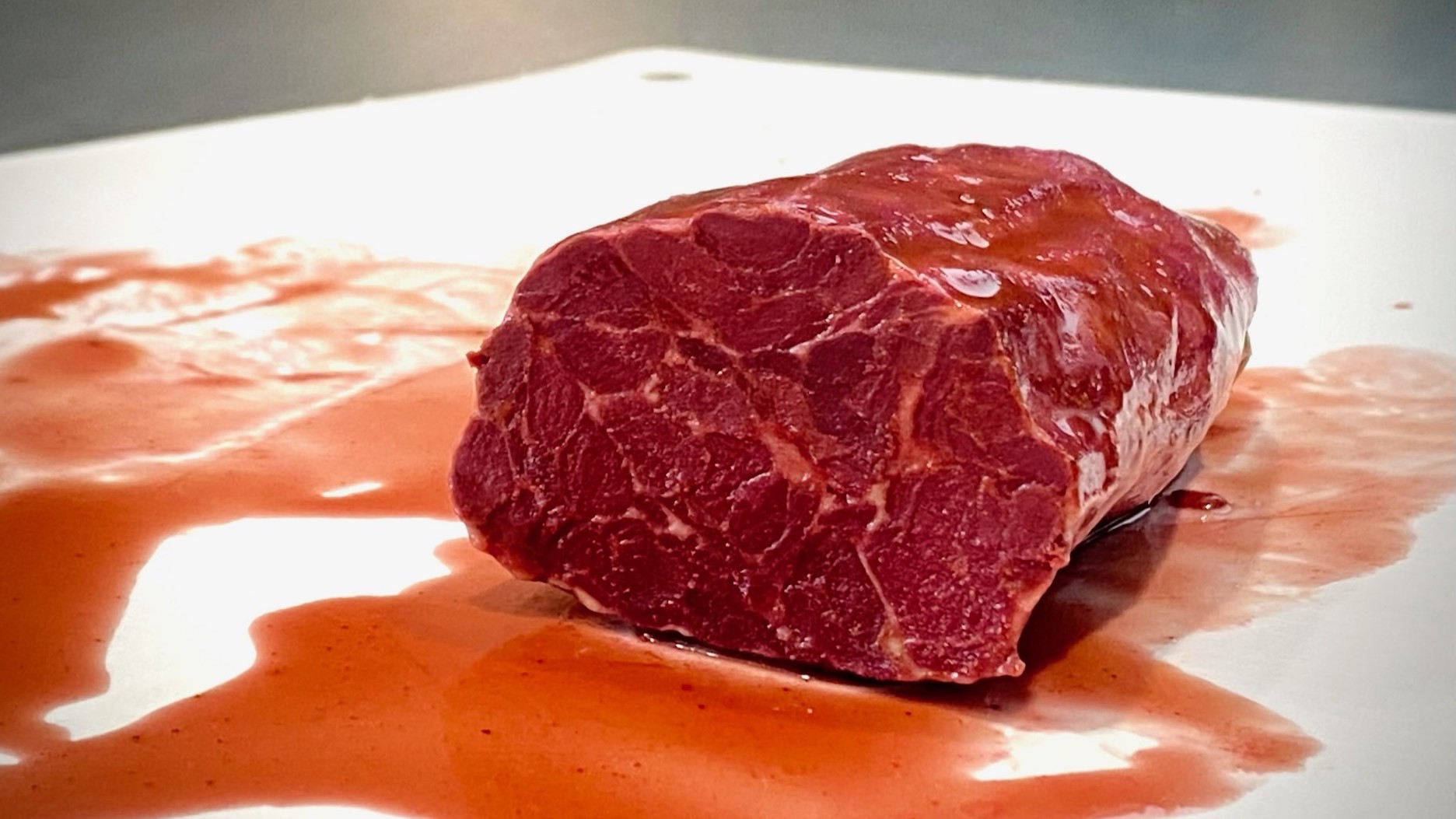 Investors think so too, adding €2.1 million (about $2.3 million) of additional funding to a previous seed round so that Project Eaden can continue development and accelerate the launch of its first product, a plant-based steak, this year. Materials scientist David Schmelzeisen, mymuesli founder Hubertus Bessau and ex-Zalando manager Jan Wilmking founded Project Eaden in early 2022. The pre-revenue company is using bio fibers, the building blocks of most animals and plants and a key component in the creation of meat cuts, as the center of its technology, Schmelzeisen explained to TechCrunch. Project Eaden produces edible plant-based protein fibers, similar to those already being used by the textiles, aerospace and automotive industries, that mimic the texture and appearance of animal meats. The fibers start out thin, like thread, and increasingly are built upon and wound around spools and fed into a machine that bundles the fiber together into the finished product. Schmelzeisen says this type of technology yields a better-tasting product that looks and acts like traditional meat; for example, it is juicy. “The major thing is texture,” he added. “We create fibers which have several material components so that when you bite through each of the million fibers, you have this kind of bite resistance that real meat has when you chew it. It makes a real difference. We believe we have a unique chance to build an outstanding company, from a unique technology angle and to create something that is cool.” U.S. regulators are still developing how the alternative protein industry will be labeled and monitored. Meanwhile, with scalability and cost being some of the biggest challenges to mainstream production of alternative proteins, Schmelzeisen believes the fiber technology is more scalable and can be used beyond traditional meat, like chicken, pork and beef, but also to make fish and seafood. In addition, it is less costly than other methods of producing alternative proteins, like extrusion, which extracts moisture to create a “lump” of plant-based protein that can be shaped into various meat-like products. Project Eaden is one of a handful of companies utilizing fiber spinning technology and attracting venture capital for its approach. Last March, Tender, formerly known as Boston Meats, raised $12 million for its fiber technology that it uses to create both plant-based and cell-cultivated proteins. The new portion of capital was driven by Creandum, Magnetic and Atlantic Food Labs and closed in December. Including the seed extension, Project Eaden has raised €10.1 million (about $10.8 million) in seed funding to date. A previous round of €8 million was raised last June from a group of investors, again led by Creandum, and included Atlantic Food Labs, Shio Capital, Trellis Road and a group of angel investors, including former Rügenwalder Mühle managing director Godo Röben. “Eating meat is associated with excessive land and water usage and unsustainable levels of greenhouse gas emissions,” Carl Fritjofsson, general partner at Creandum, said in a statement. “But, for most people, it’s simply too much of a pleasure to give up on. Until today, existing plant-based options haven’t solved this dilemma, as they lack compelling taste, texture and look despite higher prices. Project Eaden has the potential to become the industry’s game changer.” The majority of the financing will go into technology development, including building up Project Eaden’s R&D and food grade materials teams and partnering with culinary experts that will debut the product once it is ready. Additionally, the company is refurbishing a manufacturing space so that it can produce its own product at scale, Wilmking said in an interview. A future round of funding will accelerate the plant build, Schmelzeisen said. The company is currently at a stage where a laboratory is set up and will begin prototype production soon, with plans to be able to go to market toward the end of this year. Looking into the future, plans are for the company to move from prototype manufacturing to a highly automated production facility, and then potentially into more facilities and or partnerships, Schmelzeisen added. Project Eaden’s fiber technology poised to spin threads into whole cuts of ‘meat’ by Christine Hall originally published on TechCrunch