Presto can now make Santa, celebrities, ‘appear’ in your drive-thru 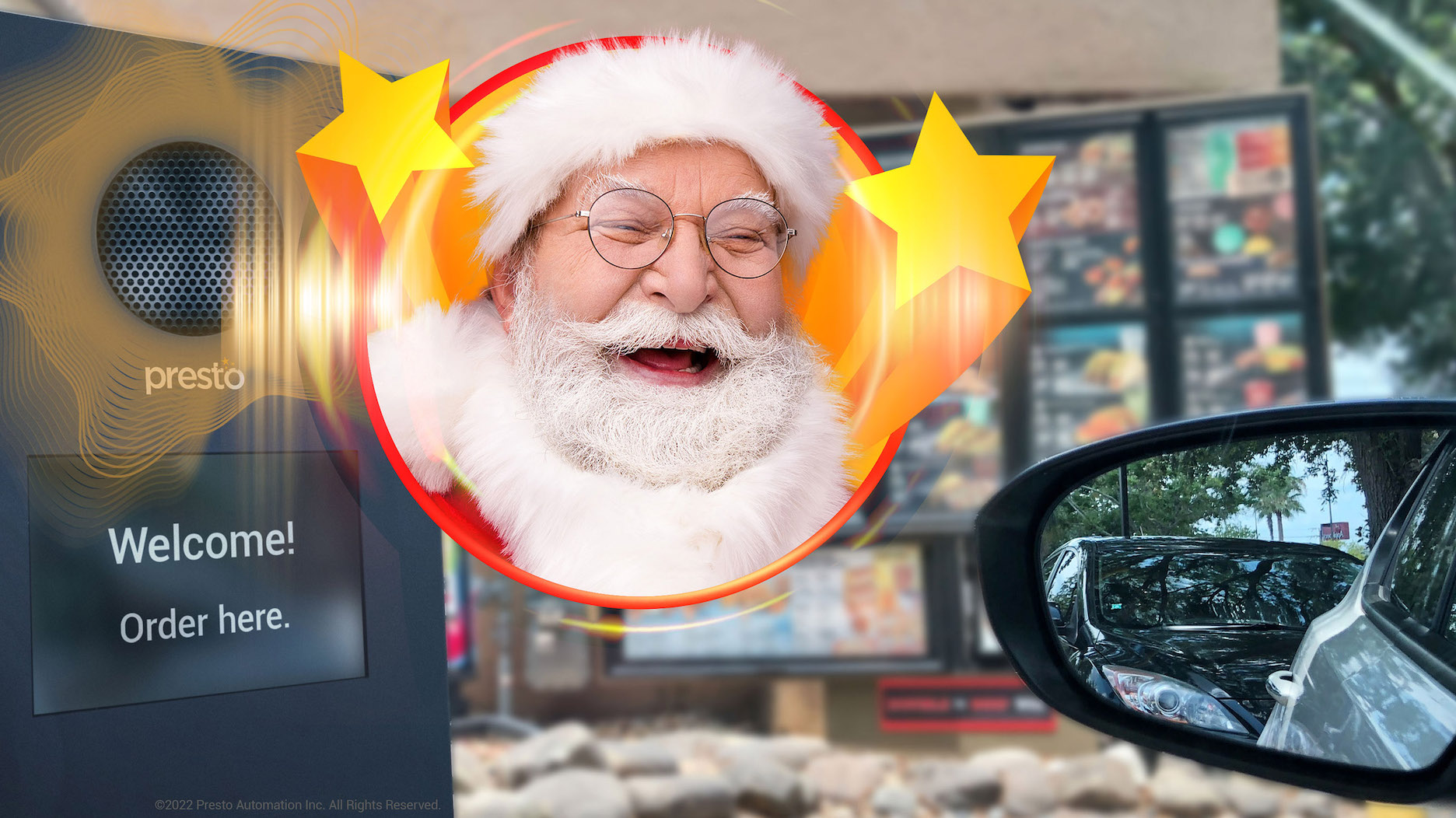 Presto Automation, a publicly traded restaurant technology company, has introduced a new automated custom voice feature for its Presto Voice, where restaurants can use almost any voice they want — celebrities, restaurant brand mascots, seasonal characters and even locally famous people — when assisting customers placing orders in the drive-thru. Presto Voice uses artificial intelligence to automate speech recognition and can also be integrated with Presto’s other restaurant tools. The new custom voice option was prompted by a company survey that found 68% of consumers aged 18 to 44 years old said they were more likely to go to a drive-thru if it offers a celebrity voice to take orders. “Automation technology doesn’t have to be boring or impersonal,” said Rajat Suri, founder and CEO of Presto, in a written statement. “We are proud to bring this highly innovative automation solution that delivers exciting guest experiences while improving staff productivity.” The goal is to help restaurants increase sales by offering upsells, reduce wait times, improve order accuracy and just delight customers, the company said. It also serves to free up employees to do other things, like make food or cater to in-restaurant customers. Checkers Drive-In Restaurants launched Presto Voice in early 2022. Cristina Perez, general manager of a Checkers location in Florida, gave a testimonial earlier this year in which she described having two dedicated drive-thru employees, one taking the orders and one taking the cash. Presto Voice has enabled Perez to redistribute one of the employees to another station and also increase sales. “It’s all about upsell,” she said. “A human cashier can have errors as well, but they don’t hit the upsells because sometimes they are in a rush, or they don’t greet or give the ‘please’ and ‘thank you.’ With Presto, it’s always the same. There is no missed hit or missed upsell.” Presto Voice can also supplement when an employee can’t come in. Over the past year, quick-serve restaurants have had a challenge of worker shortages, and companies have brought technology approaches to solving the problem with everything from robotic servers to recruitment tools to spend management, better employee onboarding and guest experience. Presto has processed over 300 million transactions since being founded in 2008, and though the company touts its new feature as “an industry first,” there are others also tackling the drive-thru with artificial intelligence. In 2020, Will Clem and Orin Wilson co-founded Bite Ninja to develop technology for remote drive-thru workers that enabled restaurants to reopen during the global pandemic. The company raised $15 million in August. Meanwhile, ConverseNow raised $10 million in August for its voice technology that puts virtual assistants inside restaurants to automate order-taking so that human employees can do other things. At the time, Vinay Shukla, co-founder and CEO of ConverseNow, told TechCrunch that voice AI technology continues to evolve. “The applications of AI into different verticals are still new,” he said. “Food ordering becomes even more nuanced and drive-thru is complex. Even the best AI platforms may still need human help. What happens when there are birds chirping, kids screaming and engine noise? This is still a new space and market that companies like us created.” Presto can now make Santa, celebrities, ‘appear’ in your drive-thru by Christine Hall originally published on TechCrunch